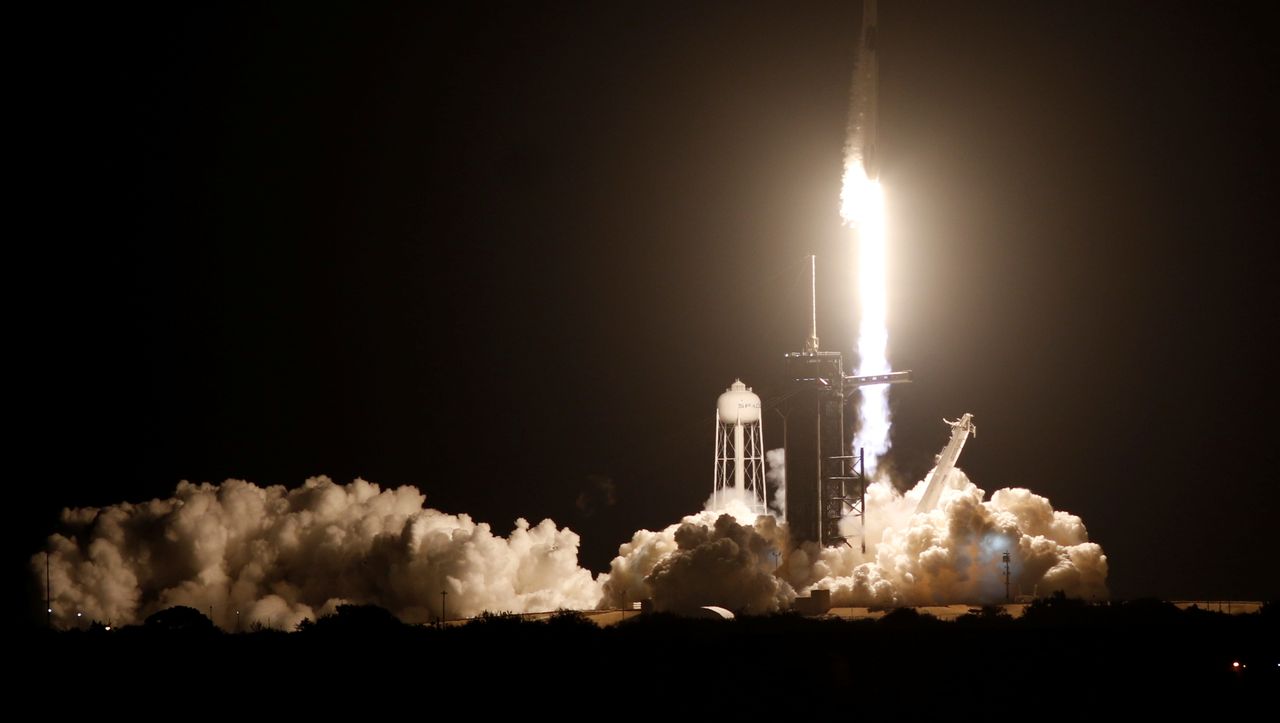 At first, time prevented a start. But one day later, the SpaceX company’s “Crew Dragon” spacecraft owned by Telsa founder Elon Musk is on its first journey on a regular mission into space. The launch takes place six months after the spacecraft’s historic maiden flight.

On Sunday evening (local time), the capsule took off with four astronauts on board at Cape Canaveral in the US state of Florida, live recordings from the NASA space agency showed.

Right after the start, US President-elect Joe Biden congratulated him on Twitter. The launch is proof of the power of science “and what we can achieve if we hold back our innovation, ingenuity and determination”.

US President Donald Trump celebrated the “big start” on Twitter later. Self-praise followed. NASA was a disaster when it came to power, and in the meantime the space agency “has become by far the” hottest “and most advanced space center in the world,” Trump wrote.

For SpaceX, the mission is already a success

The “Crew Dragon” launched on the tip of a “Falcon 9” rocket, whose first stage returned to Earth as expected after a few minutes and landed on a floating platform – a great success for SpaceX. The capsule is expected to dock with the International Space Station on Monday evening (local time) after more than 27 hours of flying.

American NASA astronauts Michael Hopkins, Victor Glover and Shannon Walker as well as Japanese astronaut Soichi Noguchi will remain aboard the ISS for six months and will monitor various experiments. Astronaut Kate Rubins and her Russian colleagues Sergej Ryschikow and Sergej Kud-Swertschkow are currently on the station.

First launch from US soil in nine years

The newly arrived crew – “Crew-1” – is the first to regularly fly the “Crew Dragon” on the ISS after a successful spring manned test. The two US astronauts Douglas Hurley and Robert Behnken left for the ISS during this test in May and returned in August.

It was the first time after a nearly nine-year hiatus that astronauts had returned to orbit from American soil, and the first time they had been promoted by a private space company. SpaceX previously only carried cargo on the ISS.

The last time astronauts flew to the ISS in the space shuttle “Atlantis” was in the summer of 2011. Subsequently, NASA took its fleet of space shuttles out of service for cost reasons and has since been dependent from Russia for ISS missions.