Shot of the theater! New information on the replacement of Cosmin Contra at Dinamo. The club put him on the list of possible replacements 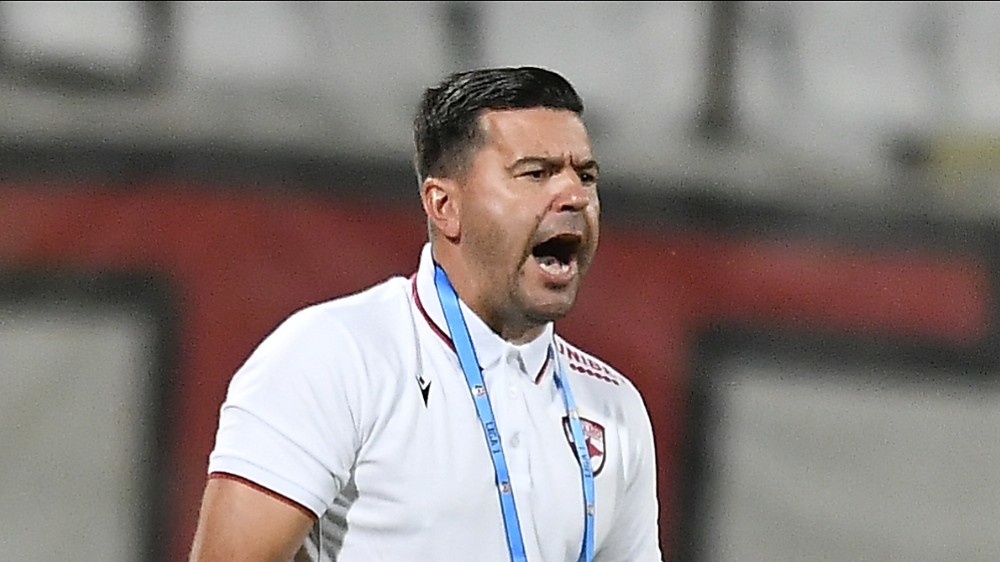 The situation at Dinamo remains uncertain. As the locker room hears the club’s financial woes, management ensures they will send the promised money. In all this time there is news of the coach coached by the Spaniards, in the event Cosmin Contra will not continue at Dinamo.

Dinamo have had a disappointing season so far, and already an important man in the management of the club from “Ştefan cel Mare” is about to leave. Cosmin Contra is also worried about the financial situation of the club, in the conditions in which there are arrears of salaries, and the Spaniards have not transferred, so far, the promised money.

On the ground, the situation is no better. Before the tenth stage of League 1, Dinamo were in 15th place, with 5 points, after four consecutive defeats.

Pablo Cortacero made it clear that a change of coach is possible, after the last poor results in Liga 1, and Cosmin Contra is aware of this, as he admitted at the press conference.

Two weeks ago, Gazeta Sportulor wrote about the version of Pablo Cortacero and the management of Dinamo, replacing the former Romanian coach. The management of the “dogs” would like Jose Luis Oltra (51 years old), who is contract free.

The Spanish coach is one of Pablo Cortacero’s close associates and is seen as the right man, in case Cosmin Contra leaves.

However, being free from contract, Jose Luis Oltra became interesting for the Spanish second league team, AD Alcorcón. The Iberian club hasn’t won in seven stages with Mere Hermoso, and the publication Entrenadoresfutbol notes that the Alcorcon bosses are also thinking of coaching the man wanted by Dinamo. : “One name that has appeared behind the scenes is that of Jose Luis Oltra. The expert coach is one of the candidates to replace Mere Hermoso.”, announces the Spanish publication.

A change of manager at Dinamo hinges on the team’s next results in League 1. In the later stages, Dinamo play away with Viitorul, at home with FC Voluntari and at home with FC Argeş.

Who is Jose Luis Oltra, the coach appreciated by Pablo Cortacero

The Spanish manager has extensive experience, has nearly 100 games in La Liga and 329 games in the second league in Spain, from where Dinamo have moved this season.

Jose Luis Oltra has a good relationship with Pablo Cortacero, who wanted to appoint him coach in Almeria, in case the Spaniard managing Dinamo managed to buy the club.

Ioan Becali dismisses Pablo Cortacero: “One of the biggest bluffs in Romanian football in the last 60-80 years”

Cosmin Contra is no longer patient with Dinamo’s problems

“The problem is not related to these difficulties, the problem is the promises that are made from week to week that the situation will be regulated and this situation is not regulated. If it had been said from the beginning that this club will have the money in December, I think no one would have problems “, Cosmin Contra said about the situation at Dinamo.

Pablo Cortacero has left the hospital and announces that he is working at Dinamo: “The money will come immediately”. What’s happening next week