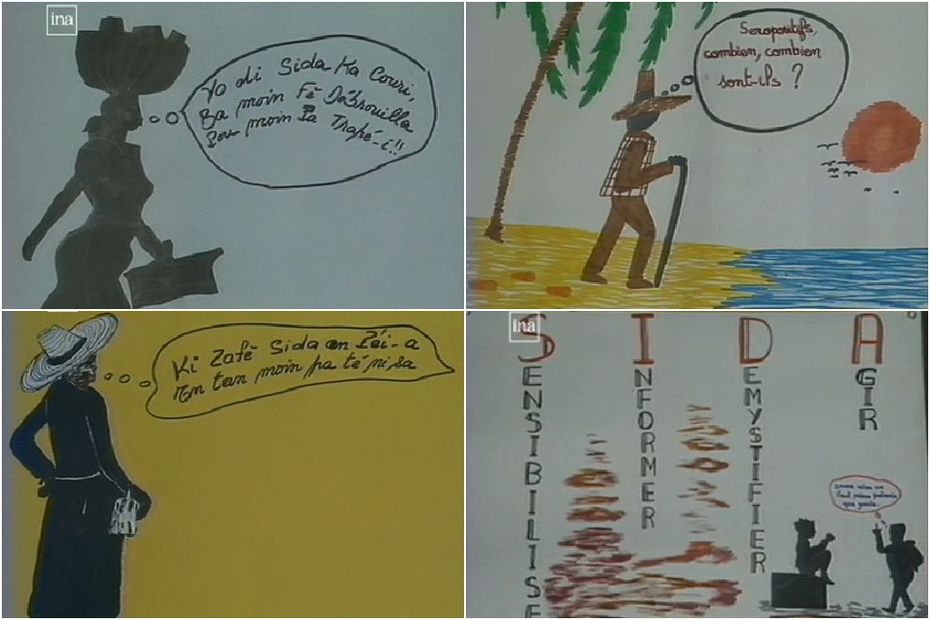 December 1st is International AIDS Day. It is always about raising public awareness about the epidemic, providing support to those living with the disease. Global solidarity and shared responsibility are the themes of 2020.

The HIV virus affects thousands of people around the world. This disease affecting the human immune system is no longer unknown. Discovered in 1981, it spread rapidly and became a global health problem in the 1980s. In 2002, AIDS was declared a global pandemic.

So much so that the epidemic has suffered a certain decline since 2007, it is still very present in our lives. According to the United Nations (UN), by the year 2019 38 million people are living with HIV and 25.4 million people have had access to antiretroviral therapy. 1.7 million people have recently been infected with HIV. Last year 690,000 people died from AIDS-related diseases.

Today we know quite well the transmission mechanisms of the virus, it has not always been this way. In addition to rigorous scientific research, it was also necessary to involve the population. The overseas territories, strongly affected by the epidemic, remain areas where the disease is still very active. Since the end of the 1980s, prevention and information campaigns have continued, especially aimed at young people.

Look at this report by RFO Martinique, February 17, 1989, at the College of Gros-Morne:

In France, major prevention and screening campaigns have been organized since the early 1990s. However, the epidemic has not been experienced the same everywhere and access to treatment has created global disparities. The treatments available in rich countries are little or not marketed or distributed on other continents. The associations, at the forefront since the beginning of the epidemic, are pushing the political will to stabilize drug prices, to allow countries whose health systems have fewer resources to offer treatment to patients as well.

Twenty years with the disease

The treatments have continued to evolve, to improve. Some people with AIDS have been living with the disease for twenty years or more. They lived with the idea of ​​certain and near death, only to see this ax eventually retreat in the course of scientific research.

“These are dreams that I could no longer fulfill. Death is guaranteed in six, months, one year …”, explains Serge, who lives in Reunion. He is HIV positive and has seen his life change thanks to treatment.