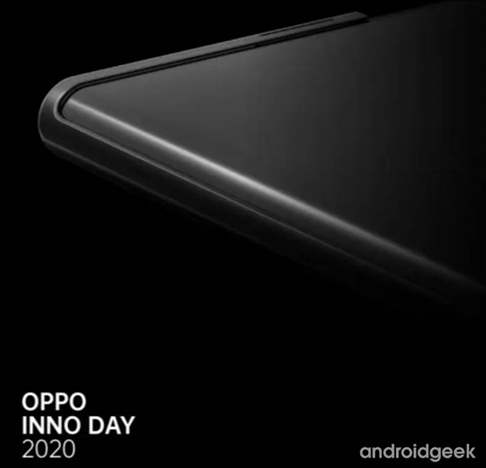 This morning, OPPO officially announced that its latest concept phone could be seen at tomorrow’s technology conference and says “big screen? Small screen?

OPPO will hold the OPPO Future Tech Conference tomorrow (November 17) and the official communication is already in full swing. This morning, OPPO officially announced that its latest concept phone could be seen at tomorrow’s technology conference and says “big screen? Small screen? Infinite screen? Your phone can have it all.”

In the official image, Oppo shows this concept machine which must have a retractable / telescopic / extendable screen that demonstrates what we have previously seen in a patent. This is a new screen concept, capable of stretching up and down, used to change the size of the phone screen. The poster shows a corner of the phone, which is very interesting because the frame of the device is much higher than the screen.

Of course, the final screen design of this OPPO concept phone is not yet known, but it will definitely be something that will surprise us, so it’s worth the wait.

Tomorrow we will know everything.

Founder of Androidgeek.pt, I’ve been in IT for ten years.
Passionate about technology, advertising, digital marketing, strategic positioning and of course Android <3