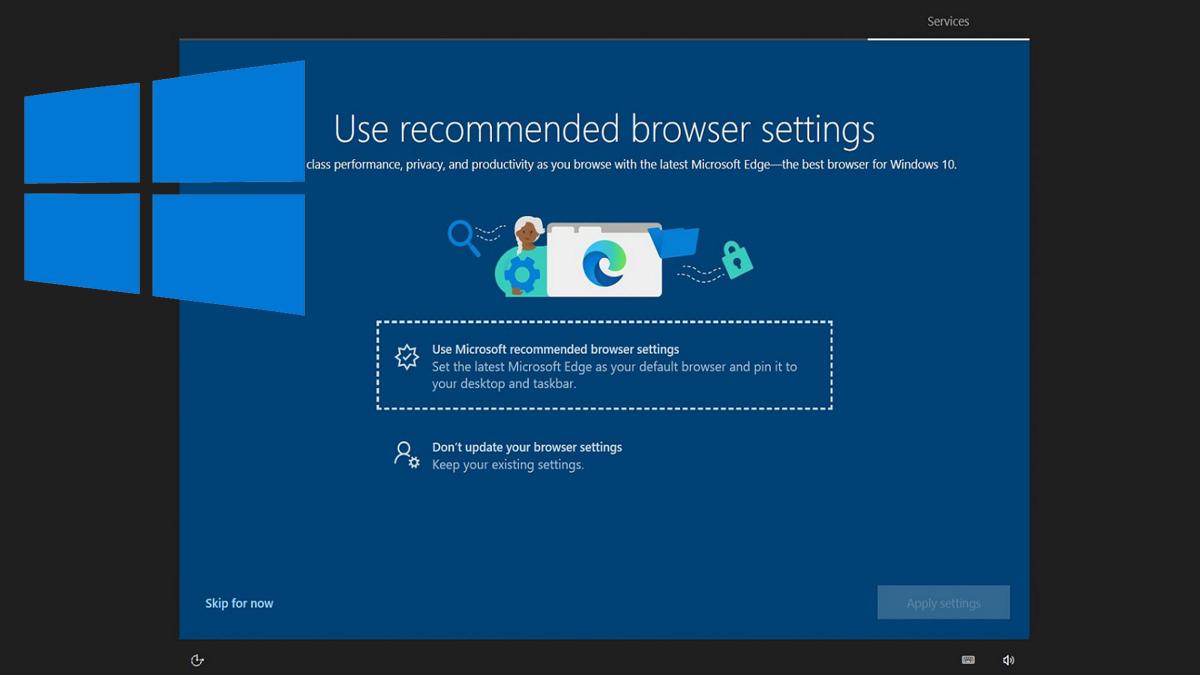 Microsoft may take an invasive and aggressive strategy to recommend setting Edge as the default browser in Windows 10.

Microsoft’s new browser is popular enough among the user community, even taking some of the market share from Google Chrome.

The new Edge browser comes standard with our Windows 10 and from the October 2020 update you will no longer be able to keep the old version. Edge has a lot of new features and is even able to run faster and consume less RAM than its main competitor, something the community really appreciates.

Be that as it may, it’s surprising to see that in previous versions of Windows 10, Microsoft is testing a feature which is designed to aggressively invite users to use Edgeand all in full screen. This screen will not always appear, but it will appear when we are setting up our computer, log in to our account after applying the relevant updates, or when we click on a new banner ad within the configuration.

This is why Microsoft is trying to get users using competing browsers such as Chrome or Firefox to “test the benefits of Edge”. In fact, in a future version of Windows 10 we may end up seeing a new banner at the top within the operating system settings.

In the screenshot provided by Windowslatest we can see that some sort of advertisement or recommendation appears in the upper right part of the window where you can read “get even more from Windows”. If you click on the button, the full screen blue window will appear that we show you below:

In this window we will have two options: in the first we are invited to use Microsoft recommended settings which basically makes Edge our default browser and also pin it to the taskbar and desktop using some sort of shortcut. The second option is to discard the invitation. Luckily we can close the lower left window.

Microsoft hasn’t long since adopted an aggressive strategy of trying to invite users to try the browser, although it’s also true that Google makes similar recommendations with Chrome if you set another browser type by default.