Matches today: Burnley vs Everton, live match valid for the eleventh day of the Premier League 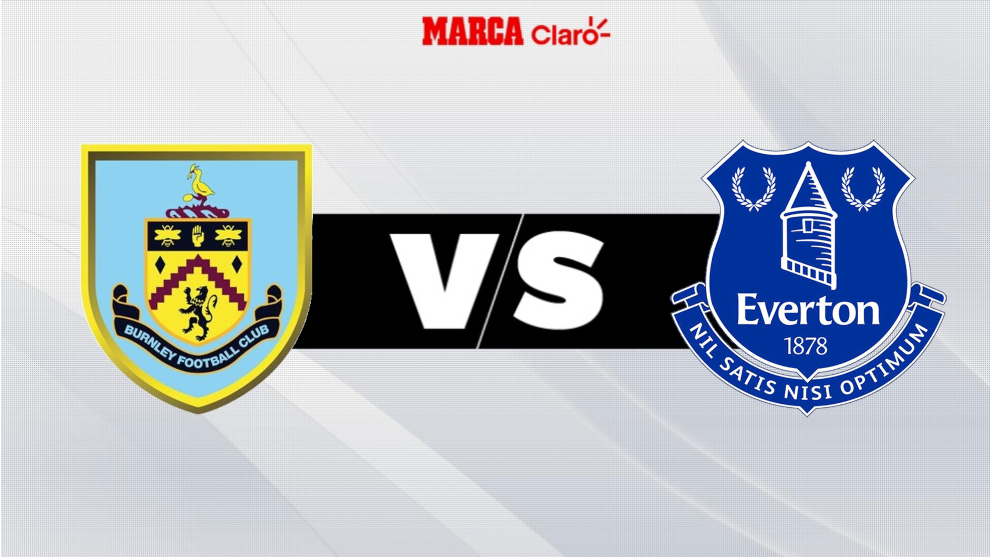 Leave today All the emotions online and instantly

MIN 94: END OF THE GAME. EVERTON VUEKLVE GIVES ADVANTAGES AND GOES WITH A WEIGHT

MIN 92: Uhhhh Burnley almost won it. After several rebounds, Brady shot badly. It was the goal.

ANOTHER FOUR MINUTES WILL BE PLAYED

MIN 90: Uhhhhhh Tosn had it after James passed and Pope saved with his feet. Applause for the local goalkeeper

MIN 87: Everton does not lower his arms but has no clarity above. The surprise is missing.

MIN 83: He already has a face to draw. The two teams start running out of gas.

MIN 82: Uhhhhhh saves Everton … Pickford what was Burnley’s goal, header after a corner kick and the English goalkeeper prevents the rival from moving forward.

MIN 77: An “all or nothing” … is played as in the neighborhood. Nobody can lose

MIN 75: Change in the premises. Rodrguez, a striker, comes out and enters a hitch, Barnes.

MIN 74: When they met, they never bonded. Are you going today for the first time?

MIN 71: The game is now for anyone. But both suffer the same thing: in the last stretch they lack patience and coldness.

MIN 69: Uhhhh Everton arrived, they had to win but James didn’t get the ball right. It comes and goes, but the “punch” is missing

MIN 67: Everton overturns the field, comes out with everything for the three points.

MIN 65: McNeil looks for the club, it comes easy and Yerry Mina cuts. Nice game for the Colombian.

MIN 64: James is still out of the game. The ball also becomes very little.

MIN 62: Carlo Ancelotti looks at the bench and makes his boys move. You need someone who will surprise.

MIN 61: So far, Yerry Mina is the best in defense.

MIN 60: Roundtrip. They go to “whatever” the two of them. That is why above there is no clarity in both.

MIN 59: Everton takes the ball again. Advance lines but do not specify. He is not patient.

MIN 56: The Everton avalanche is over. The one with the ball is now the club. He handles it at his leisure.

MIN 54: The Burnley who comes out for the win wakes up and cannot continue at the bottom of the table. In defense he works very well, but very little in attack.

MIN 53: But Everton covers his feet and turns his head off. Pickford gets tangled outside the area, hurts him and Burnely has to move on. His defense saved him.

MIN 52: Burnely runs out of gas. A little more calm and Everton can be put on.

MIN 50: Everton improves, there is a scent of goals. He has advanced his lines and is accurate.

MIN 49: Uhhhhhhhhhh Pope saves Burnley. Tremendous save after a shot from James that went for a corner.

MIN 48: Everton feels more comfortable. The draw gave him that peace of mind. However, he misses the surprise in attack. Play the same game and it’s predictable.

MIN 47: The sun rises in Burnley. Everton improves and the club tolerates it.

MIN 46: He comes out with all of Everton. He put his foot on the accelerator and made the first approach. It wasn’t dangerous, but it warned.

Comment: Everton manages to tie a match with more desire for football. He took a hit very early and had a hard time bouncing back. The venue has done an impeccable job in defense so far. I bypassed midfield and Everton forwards. James, very lazy and Yerry Mina better. A second time of heart attack is coming.

MIN 45 + 3: Great recovery for Allan in the middle of the field, passage to Richarlison who sees the scorer very well and the match is tied before the interval.

MIN 45 + 1: Everton is not in the center of the field forward. Without James, he has no compass

MIN 43: With this result, Burnley leaves the relegation zone. Like the tabla of the moment

MIN 40: Everton has changed structure, but the players are not precise.

MIN 39: On the other hand, Yerry Mina does very well today. He is focused and solid in defense.

MIN 37: James doesn’t contribute much. They canceled him and when the ball reaches him, he misses the pass.

MIN 35: It’s a battle in midfield where Burnley has better men and works more calmly with the result in their favor.

MIN 33: James doesn’t gravitate to the game. He is not on the pitch and his team suffers.

MIN 32: I slowed down the game. Everton seeks a draw but has no way of breaking that wall of Burnely who plays very well.

MIN 30: Everton is not surprising. Burnely’s defensive work is flawless.

MIN 28: Everton returns to the back four. The pattern changed after Delph left.

MIN 26: There is concern at Everton. Delph has sore muscles and leaves the playing field.

MIN 24: James started right, they canceled it. Now he has turned left. He doesn’t touch the ball much. The rival scores him well.

MIN 23: James is not the protagonist so far. The ball did not reach him.

MIN 19: Roundtrip. The equipment is not sold. What worries is that Burnley puts more danger every time they steal the ball from Allan and Doucour.

MIN 16: A good game has been played so far. Blow after blow, but no one sending the other to the canvas. The goalkeepers are fine.

MIN 11: Burnley plays calmly with the result in their favor. Everton fails to get past the midfield.

MIN 10: Little James touches her, because now the Everton passes are side by side, he can’t go in and break that wall.

MIN 8: Everton has no spice, no punch, the home defenders work very well

MIN 7: Everton improves but fails to break the bolt.

MIN 6: Everton wakes up. Touch and touch, the stunned rival and when James tried the shot, he deflected and spawned the first approach of the cast of Ancelotti.

MIN 5: Everton try to gain ground and stay calm. He knows that a defeat here will be fatal.

MIN 4: Terrible mistake in the Everton exit. Doucour and Allan make a mistake at the start and Brady takes the ball and opens the scoring with a sharp shot to the ground. Pickford couldn’t do anything.

MIN 2: The venue is no exception, it cannot give an advantage to the good foot of Everton players

MIN 1: He comes out with all of Everton. He wants to open the quick indicator before things get complicated.

The sun rises to BURNLEY and also to the protagonists

The players step up their warm-up work before heading to the locker room to put on the lightsuit. Eveeeeeeeeeeertooooooon is coming.

It was not the best season for the central defender. Both in Everton and in the Colombian national team. Today he receives the trust of Ancelotti. Your team needs that the former Barcelona recover the level soon.

Yerry Mina returns to the starting line and completes his 50th game from the start with our jersey in all competitions. #BUREVEpic.twitter.com/d5FqkImbco

Be in the last positions of the Premier League. You have to win in this match. Recover the memory. He hasn’t won since November 23, when he did so with the slightest difference against Crystal Palace thanks to Wood’s score.

Turf Moor disguises himself to host the duel against the locals and Everton. Get everyone ready as the players warm up. There are five degrees Celsius right now with winds of 11km / h.

The club plays with a classic 4-4-2 in which the midfield is the strongest “weapon”. Wetswood and Brownhill sunbathe in the team’s lungs. Above Rodríguez and Wood are responsible for the attack. Evertom, 3-4-3 in the absence of the full backs (Coleman and Digne). James plays upstairs with Calvero Lewin and Richarlison.Ancelotti takes away the responsibility for the goal.

Yerry Mina scored his first Premier League goal against Burnely when the curtain fell in 2018 and the final games of that year were played. FOR

| Hit 5 against the Clarets at Turf Moor on Boxing Day 2018!#BUREVEpic.twitter.com/QAXrSkvXGu

It is a meeting that everyone in England will be waiting for. Due to the needs of both teams, it promises a lot. Everton dreams of entering the top lot of the table and club, andl Burnley, you need if or if all three points to get out of the relegation zone.

Bye, bye, bye … welcome minute by minute of the duel between Burnely and Everton for the 11th date of the Premier League. Those of Ancelotti and James are forced to win so as not to stray from the fate of the highest and continue to dream of a place in an international tournament and why not with the title. The rival needs the three points to get away from the relegation zone.