Ibrahim Fayek leaves the hospital after his health has improved 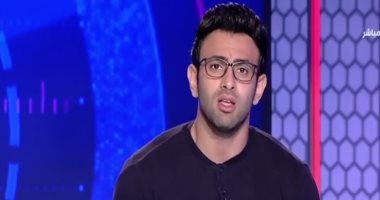 Journalist Ibrahim Fayek, host of the Ontime Sports Channel’s “Al-Talata” program, left the hospital after his health improved after suffering a health problem, which brought his apologies for appearing in the episode of last Wednesday, due to illness, to be transferred to hospital to receive necessary medical treatment after being injured. With a stroke in his lungs, before he recovered and his health improved.

Ibrahim Fayek declared through his official account on the short blog site “Twitter”: “With the grace of God and his generosity, I am fine and I am out of the hospital and I only miss your prayers. A difficult period and heavy days I experienced last Wednesday – the time of my ICU admission – and a great ordeal in which God gave me from the closets. His grace and mercy is great, otherwise I would not breathe now. “

A large number of Egyptian sports stars flocked to Ibrahim Fayek to visit and check him out, as well as the many messages of support that reached him to shake hands to get through his current health crisis and return quickly.

The media, Ibrahim Fayek, presents the “Talatah audience” program on the On Time Sports 2 channels 5 days a week, from eleven in the evening until two in the morning, but the malaise he suffered in recent days made him apologize for being appeared in last Wednesday’s episode To be taken to hospital and recently hospitalized, to be discharged.