Here's how Ripple's solutions can help Amazon reach the next level 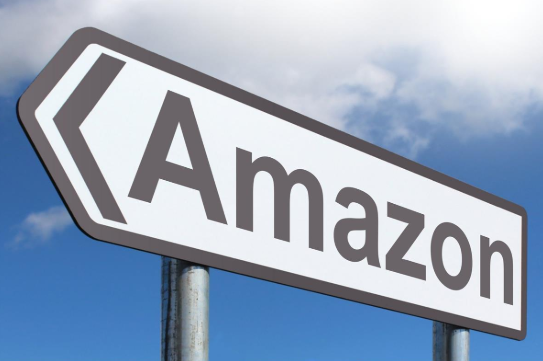 Do you think that Amazon has become so big that it does not need the technology of other companies to keep growing? Think again. If technology is as advantageous as Ripple's XRP and other solutions, then why not? Here in this post, I will try to explain why Ripple's technology would be the best option for giants like Amazon to reach the next level.

So, in recent times, everyone in the cryptosphere seems to be so worried about the market conditions that inevitably many of the owners are starting to succumb to the general pressure, and they're selling their holdings to protect their investments.

In this sense, for a part, it translates into a very understandable action, it just does not seem that the take-off is behind the corner. On the other hand, it seems that many of the enthusiasts and investors are simply forgetting the normal behavior of the sector and how we tend to go from the bottom up to a huge spike in a matter of time.

In relation to this, some of the most important figures in the cryptic world shared their thoughts in an attempt to calm the masses. For example, the CEO of IOHK and co-founder of Cardano (ADA), Charles Hoskinson, recently declared that this is not something new, he said,

"we have been here before" and as we have done before we will manage to take control of the market once again, we just have to remember that it's not a big deal, "it's all right".

Following the line of being calmed down, one might think that this is actually the best time to think about the possibilities that many criptos have and the help they can provide to the whole market. For example, Ripple's XRP, which has the potential for adoption from giant platforms such as Amazon, could give a rapid recovery to current scenarios. Let's see how.

What Ripple has to offer

The rumors of a likely adoption of Ripple's XRP by giant companies are not really new. In fact, at the end of last year, it was already noted that Amazon could add XRP as a payment solution on their platform, which would certainly be great news for the cryptic world if successful. But what does Ripple have to offer that could affect Amazon and other technology giants? Here we list a few features:

There isn There is no doubt that when it comes to considering an encryption to help Amazon go further, XRP is the best option. However, some elements should be considered as a real possibility.

For example, the integration of XRP into each of Ripple's solutions could be an essential step towards broader acceptance and the addition of important exchanges such as Binance and Coinbase.

As for Coinbase, many things have yet to be resolved before it becomes a reality, but when we talk about Binance, the possibility is much closer. Indeed, Wiss Ratings recently stated that " thinks that #XRP is the fastest digital resource to transfer funds between exchanges ." A message they concluded saying that " makes sense only for #Binance to use it as a base #currency ."

We can all be sure that great things will come soon. Will the Ripple XRP be used on the Amazon platform? Stay tuned. We might be surprised.