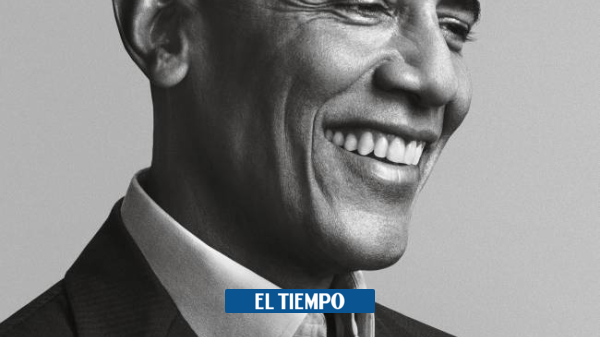 
One evening, at dinner, Malia asked me what I would do with the tigers.

-What do you mean, honey?

Years earlier, during our annual visit to Hawaii for Christmas, my sister Maya had taken Malia, who was then four, to the Honolulu Zoo. It was small but charming, nestled in a corner of Kapiolani Park near Diamond Head. As a child I would spend hours there, climbing banyan trees, feeding pigeons that roamed the grass, howling at long-legged gibbons perched atop bamboo poles. During the visit, Malia had fallen in love with one of the tigers and her aunt had bought her a big cat soft toy at the gift shop. The tiger had plump claws, a round belly, and an indecipherable Mona Lisa smile; He and Malia became inseparable, although by the time we arrived at the White House her fur was already a little worn after surviving the food spatter, having been on the verge of getting lost in someone else’s houses several times, having passed more than one time in the washing machine and having suffered a brief abduction at the hands of a spiteful cousin.

I had a soft spot for Tiger.

“Well,” Malia continued, “I’ve been working on tigers for school, and they’re losing their habitat because people cut down forests.” And the situation is getting worse, because the planet is warming due to pollution. Also, people kill them and sell their skin, bones and so on. So the tigers are dying out, which would be terrible. And since you are the president, you should try to save them.

“You should do something, Dad,” Sasha added.

I looked at Michelle, who shrugged:

“You are the president,” he said.

The nervousness in Congress wasn’t the only reason he hoped the roofing and emissions legislation would be in place by December: that same month, a UN-sponsored climate change summit. After eight years in which the United States had been absent from international climate negotiations under the presidency of George W. Bush, expectations abroad were skyrocketing. And I could hardly urge other governments to act aggressively against climate change if the United States had not set the example. I knew that having a national law would improve our bargaining position with other countries and help stimulate the kind of collective action needed to protect the planet. After all, greenhouse gases don’t respect borders. A law that reduces emissions in one country can make its citizens feel morally superior, but if other countries don’t do the same, the temperature will simply continue to rise. So while Rahm and my legislative team were busy in the corridors of Congress, my foreign policy team and I were looking for a way to regain America’s status as a leader in international climate efforts.

In the past, our leadership in this sector was practically taken for granted. In 1992, when the world gathered in Rio de Janeiro for what became known as the Earth Summit, President George HW Bush joined representatives from one hundred and fifty-three other countries to sign the United Nations Framework Convention. Nations on Climate Change, the first global agreement to try to stabilize the concentration of greenhouse gases before it reached catastrophic levels. The Clinton administration quickly took over and worked with other countries to translate the vague goals announced in Rio into a binding treaty. The end result, the so-called Kyoto Protocol, outlined detailed plans for coordinated international action, including specific greenhouse gas reduction targets, a global carbon trading scheme similar to caps and trade, and funding mechanisms to help poor countries to adopt clean energy and protect forests which, like the Amazon, have helped neutralize carbon emissions.
Environmentalists hailed the Kyoto Protocol as a game changer in the fight against global warming. Around the world, participating countries have turned to their governments to ratify the treaty. But in the United States, where ratification of a treaty requires a two-thirds vote in the Senate, the Kyoto Protocol has hit an impassable wall. In 1997, Republicans controlled the Senate, and few saw climate change as a real problem. Indeed, the then chair of the Senate Foreign Relations Committee, arch conservative Jesse Helms, prided himself on despising environmentalists, the United Nations, and multilateral treaties alike. Powerful Democrats, such as West Virginia Senator Robert Byrd, were quick to oppose any measures that could damage the fossil fuel industries vital to their state.

(…) It took another half hour of tug-of-war, with the other leaders and their ministers looking over my shoulder and Hillary as I underlined with a pen some sentences of the crumpled document I had in my pocket But when I left the room the group had accepted our proposal. I ran back downstairs, taking another thirty minutes to convince Europeans to accept the subtle changes demanded by the leaders of developing countries. The new wording was printed and distributed quickly. Hillary and Todd spoke with delegates from other key countries to help broaden consensus. I released a short statement to the press in which I announced the transitional arrangement, after which we gathered our entourage and left for the airport.

We arrived within ten minutes of our deadline for takeoff.
On the return flight, there was a lively uproar as team members reviewed the day’s adventures to update those who weren’t there. Reggie, who had been with me long enough for nothing to impress him anymore, smiled openly as he poked his head into my cabin, where I read a stack of reports.

“Boss, I have to say what you did was really tough.”

The truth is, I felt very good. In the widest possible scenario, on an important issue against the clock, I had pulled a rabbit out of my hat. It is true that the press received the transitional agreement with the division of opinions, but given the chaos of the conference and the obstinacy of the Chinese, I still saw it as a victory, an intermediate step that would have helped us to get our draft approved. Senate Act of Climate Change Act. But most importantly, we managed to get China and India to accept – with all the reluctance and scruples they want – the idea that all countries, not just the Western ones, have a responsibility to help stop climate change. . Seven years later, that fundamental principle would prove fundamental to the achievement of the revolutionary Paris Agreement.

However, as I looked out the window from my desk and watched the darkness break every few seconds by the flash of light on the tip of the right wing of the plane, thoughts assailed me that made me fall quickly to the ground. I reviewed everything we had to do to get that deal: countless hours of work by a gifted and dedicated team; behind-the-scenes negotiations and collection of favors; promises of help; and, finally, that last-minute speech, based both on my improvised swagger and a series of rational arguments. All this for a transitional arrangement which, even if it worked exactly as intended, would at best be a preliminary and intermediate step towards resolving a possible planetary tragedy, a bucket of water against a fire. I realized that, despite all the power associated with the position I held, there would always be a gap between what I knew needed to be done to achieve a better world and what in a day, week, or year I saw myself capable. to achieve in practice.

By the time we landed, the expected storm had already reached Washington and the low clouds were dropping a constant mix of snow and freezing rain. In northern cities like Chicago, snowplows were already out to remove snow from driveways and spread salt, but even a glimmer of snow paralyzed the clearly ill-equipped Washington area, schools were closed and traffic jams occurred. traffic. Bad weather prevented us from flying on Marine One, and the procession took longer than usual to travel the icy roads to reach the White House.

It was late when I entered the residence. Michelle was in bed reading. I told him how my trip went and asked him about the girls.

“They are very excited about the snow,” he replied, “even if they are not that much.” He looked at me with a sympathetic smile. Malia will surely ask you at breakfast if you saved the tigers.

I nodded as I loosened my tie.

BARACK OBAMA
FOR THE MOMENT