Assassin’s Creed Valhalla: the short film The Hunt has been released 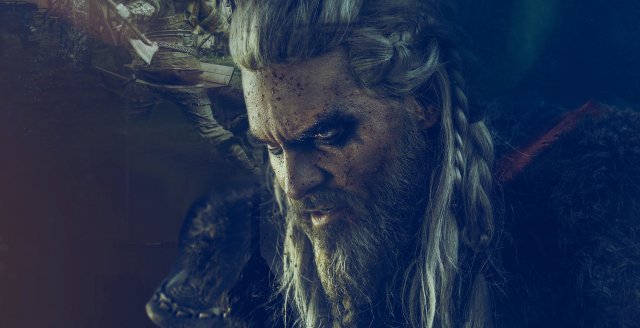 November 15, 2020 at 5pm
from Soeren Diedrich –
Ubisoft released the short film The Hunt in conjunction with the release of their latest killer adventure Valhalla, which was made under the direction of Vi-Dan Tran and which already focuses on the protagonist Eivor, played by Maul Cosplay. The proud Viking frees a friendly Viking village from the clutches of the English.

Starting November 10, players can let off steam in the latest open world in the popular Assassin’s Creed series. As the Viking Eivor, however, it’s not just about bringing as much loot as possible from distant lands back home. Your family also wants to be avenged. To learn more about Eivor’s character before playing, those interested can now watch a short film produced by Ubisoft.

Fan service that is worth seeing

In the short film The Hund, Eivor frees a friendly village that has been captured by the British. The actor is Maul Cosplay, who is already followed by over 292,000 people on Instagram. Similar to the short film about Ezio’s father, released in 2009 as part of the launch of Assassin’s Creed 2, The Hunt can’t keep up with major Hollywood works in terms of image quality and overall production design, but no one should expect it. . For fans of the series, the nearly eleven-minute film is definitely worth seeing.

Recommended editorial contentHere you will find external content from [PLATTFORM]. To protect your personal data, external integrations are only displayed if you confirm this by clicking on “Load all external content”:I agree to the visualization of external contents. This means that personal data is transmitted to third party platforms. More information on our privacy policy.

The game itself, however, divides the minds of critics and gamers. While many testers have given the game high ratings and praised things like the loot system and the focus on exploration, which has been detoxified over the predecessor Odyssey, others have exactly these points against the game: the weak and numerous main story. bugs are cited as major points of criticism. Obviously, Ubisoft would like to take care of the latter as part of the next updates.

All readers receive daily news, articles, guides, videos and podcasts about current gaming hardware and their favorite games. So far we have funded this site mainly through advertising, but since COVID-19 it has become increasingly difficult. Many companies are slashing or slashing their advertising budgets for 2020. Unfortunately we have to rely on budget if we are to continue to offer PC gaming hardware in the usual form for free.

For this we now turn to you. As a supporter of PCGH, you can support us so that we can continue to offer our family content for free in the usual form. Every contribution, large or small, is valuable. Support PC gaming hardware – only takes a minute.

AC Valhalla and Watch Dogs: Legion use memory transfer from PC to console

AC Valhalla and Watch Dogs: Legion are the first two games to use Ubisoft’s cross-save feature between PC and console.

Assassin’s Creed Valhalla: The description of a “mutilated” target is removed

After criticism on Twitter, Ubisoft wants to change a problematic description of a “distorted” cultural goal.

Assassin’s Creed Valhalla proves to be a success for Ubisoft: on launch day, twice as many players bet the title compared to the case of Odyssey.

[PLUS] Geforce RTX 3080: What does PCI-Express 4 offer in Flight Simulator and other games?

PCGH Plus: With the new graphics cards of the Ampère generation, Nvidia has now also arrived in the PCI-E 4.0 era. But does the fast interface really provide additional performance, and if so, how much? We are testing Horizon Zero Dawn, Red Dead Redemption 2, Flight Simulator, Battlefield 5, Fortnite RTX, Borderlands 3, Doom Eternal and Necromunda. The article comes from PC Games Hardware 11/2020.
More …