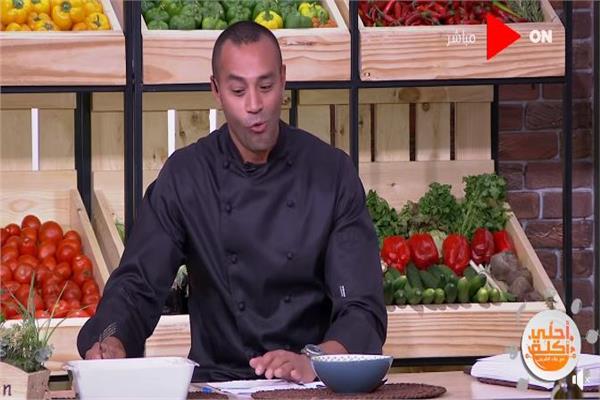 Chef Alaa El-Sherbiny hosted in today’s episode of his program “The Best Food” which presents on the channel “ON”, Heba and Norhan, with special needs.

Read also .. New surprises in the first episode of “The Best Foods” with Alaa El-Sherbiny

Dove Heba said during the episode that she graduated from Al-Alsun Faculty, Ain Shams University, an Italian department, and wishes to work in the field of journalism or translation.

As for Nourhan, he claimed to have a law degree and a master’s in international trade. He is now working on an initiative to simulate the daily life of a blind person.

Chef Alaa El-Sherbiny also praised the food provided by Noura and Hiba, such as broccoli with Ain El-Gamal.

The program also hosted Dr. Iman Al-Husseini, author of the first cookbook in the Arab world for the blind, where she said she wanted to provide something to serve the community and determined people, adding that she had two hobbies of writing. and a love of cooking, and brought the two together in this work.

She went on to say that the idea came to her on a traffic light in Spain when she found birds chirping as the blind went by, so she thought of offering something for determined people, to print the book in Braille and contain the tools for the conservation and safety with the use of the four senses of the blind without the sense of sight.