Video: Claro’s handing over to Wom at her launch event in Colombia 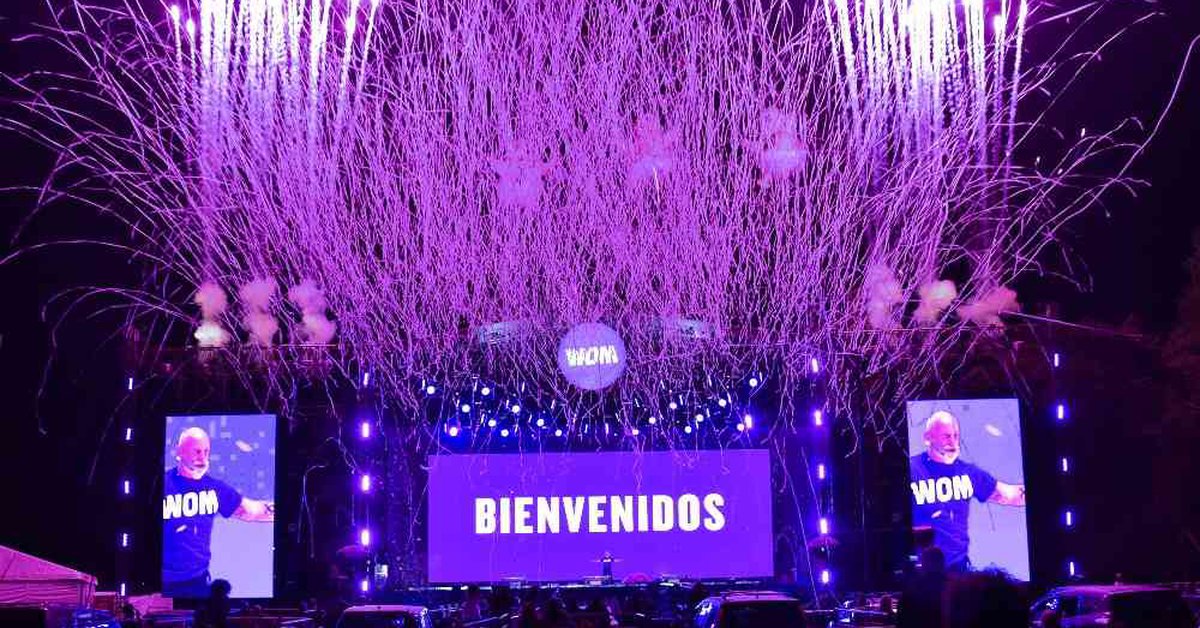 Wom has officially arrived in Colombia to compete with the greats mobile telephony such as Claro, Movistar and Tigo. On Thursday evening the company decided to organize a launch event at the Salitre Mágico park in Bogotá.

Midway through the event Chris Bannister, CEO of Wom Colombia, sent direct messages against the country’s three major operators, which he classified as “Cry the children with all their whims when they see a new competitor coming”.

But the evening didn’t end with Bannister’s taunts. The spectators who attended the event had to stay in their cars due to biosecurity protocols and recorded the unexpected greeting sent by Claro.

In a video circulating on social networks it can be seen that while Wom activates the fireworks, Claro arrived with several drones to put his signature in the sky, a move few expected to see.

Claro sent drones to the Wom launch in Colombia

Video wasn’t the only trend that marked Wom’s launch, as was the riots that have sparked the use of gunpowder among environmentalists in one place, near a wetland where hundreds of species live.

Lea: The role of Pablo Escobar in the taking of the Palace of Justice, according to Popeye

The councilor for animals Andrea Padilla criticized the company for having acted in this type of acts. “With our purchasing decisions we should reject disrespectful and irresponsible behavior on the part of companies. #Womcolombia flaunting through gunpowder explosions near wetland, where 106 bird species live, could claim and disturb #MalWom lives“, he wrote.

This is the mobile phone market in Colombia

This Thursday, Wom, a new mobile operator looking to become the fourth leader in the telecommunications sector in the country, arrived on the Colombian market, which is currently led by Claro, Movistar and Tigo.

Wom belongs to the Novator Partners investment fund, with a presence in Iceland, Poland and Chile, which last year participated in the 700 MHz, 1,900 MHz and 2,500 MHz spectrum auction, and also won the majority stake in the operator mobile phone, Avantel.

In introducing the new operator, Chris Bannister, director of WOM in Colombia, stated that in Over the next four to five years, the company expects to invest nearly a billion dollars with the goal of installing 8,000 new antennas in 675 locations across the country.

The company pointed out that, with their arrival in the country, they hope to expand the telecommunications market in Colombia, as they did in Chile in 2015, where, according to the company, they already hold a 23% market share. .

“The mobile phone sector in Colombia is static, the concentration of the mobile phone market has delayed key investments for the country’s development. Colombia has one of the highest prices per GB in the region. The country needs a fourth operator to promote change and improve access to connectivity for all Colombians“Bannister said at the launch, according to the El Tiempo newspaper.

In fact, in Colombia, in the last year there has been a controversy because the operators under the responsibility of Claro have denounced that the company has a dominant position in the telecommunications market of the country, therefore, according to them, the company would close the margin. competitiveness of the sector.

This was revealed by a study conducted by the Analysys Mason company, hired by Tigo Colombia Claro gets $ 59 pesos for every $ 100 that users pay for voice and data nationwideTherefore, the remaining $ 46 is to be distributed by the other companies, Dinero magazine reported.

“Claro’s competitors seek only unjustified regulatory advantages by avoiding investing and competing freely. They unduly press the government to make decisions that do not benefit Colombia or users. In reverse, Claro believes that the market is not distributed or distributed, it is a product gained or lost by competition and by the preference of users“Claro asserted in his defense, through a statement.

With regard to investments, the Superintendence of Companies found that, For 2019, Claro has invested only 18% of its total income, which would rank it as the operator with the lowest investments. D.and in accordance with the latest quarterly report of the Ministry of Information Technology and Communications (Mintic), published in September this year, Claro is the mobile service provider leading the country, with 31.2 million lines in Colombia.

In the same report, the Mintic revealed this the other companies competing for the telecom market in Colombia are Movistar, which has 15.9 million lines, and Tigo, with 11.8 million lines in the country. The Virgin and Avantel operators are in fourth and fifth place, with 3 million and 2.3 million lines respectively.

Therefore, with the highest number of earnings and lines available from Claro in Colombia and two other leading telecom operators, Bannister believes that “Colombians do not have the telecommunications service they deserve, this is what we want to change in the coming years“And therefore, his strategy upon his arrival in Colombia will be improve the prices of mobile plans; in other words, the new competitor argues, give the user more for a lower price.