USA ELECTIONS. Hartmann: History will pulverize him! I’ll give it to you in writing and we’ll talk about it in three years 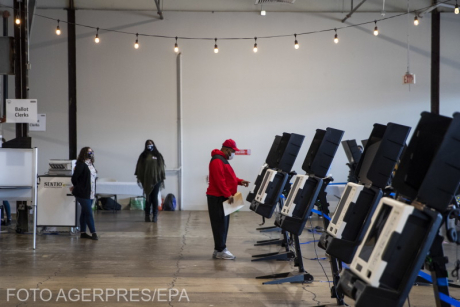 HD Hartmann made statements EXCLUSIVELY for DC NEWS about the possibility of contesting the US election in court.

“I am a profiler and I notice the intensity of Donald Trump’s messages before November 3 and the intensity of those after. Trump is now a good child, he knows he cannot play with the sanctity of the election process or the transition process between He and the future president. There is nothing like it in the United States, it is the pillar, it is the constitutional vault, “explained HD Hartmann analyst.

“I’ll tell you something about Trump. If he indulges in this contesting game, not only will history pulverize him, but I’ll give it to you in writing and we’ll talk about it in three years, he and his people will sign the US attorney in 15 years. . When you play with the constitutional keys of the American republic, at that moment the empire turns against you because you are American, Trump, Kennedy, Truman, it makes you shiver! You don’t play with the state, with the republic! ” analyst, to DC NEWS.