US 2020 elections: election officials fear for their safety 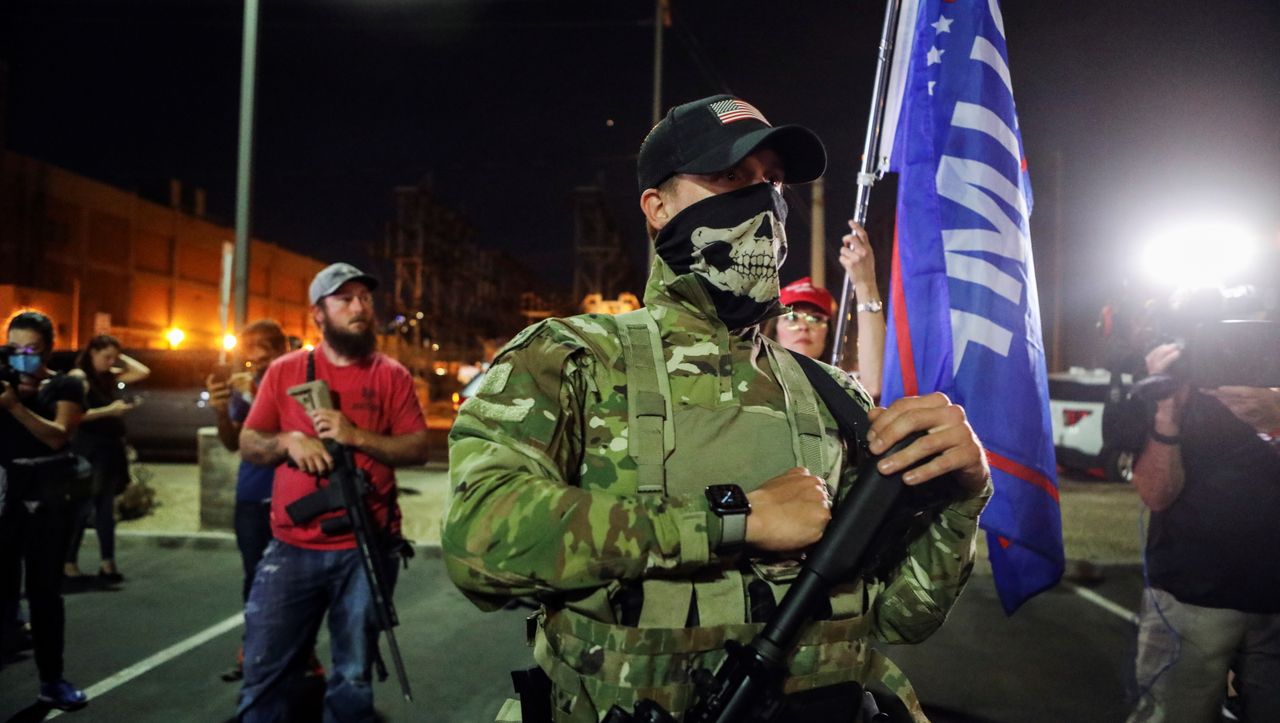 After the election, fear of violence grew in the United States. Faced with several tallying sites in contested key states, Trump supporters gathered Thursday and Friday, prompted by the US president, who had demanded that the counts be stopped. Several officials have expressed concern.

“My wife and mother are very worried about me,” said Joe Gloria, an official from Clark Country, Nevada, the district where Las Vegas is located. However, he and the other staff will not stop doing their duty and counting votes.

Katie Hobbs, Secretary of State in Arizona, told CNN that her biggest concern is the safety of her employees. Partially violent protesters would see to it that the vote count is delayed. They prevented the survey workers from just doing their jobs. But he also stressed that the aides would be protected by the security guards.

About a hundred Trump supporters gathered in front of the Maricopa County election center in Phoenix on Thursday, many of them carrying rifles and pistols. This is legal in Arizona. Those responsible have erected fences around the center, but the entrance to the building remained open. Screams like “Four more years!” They came from the crowd.

Also in Atlanta, a hundred Trump supporters gathered in front of the State Farm Area, where the counts are underway. Police officers witnessed the scene. One of the protesters said he was convinced that Trump won the election.

“This is clearly an election fraud by the larger, democratically dominated cities,” he said. Atlanta is one of them. “Our democracy is under attack,” he continued, his statements were very similar to Donald Trump’s messages. “We are going to lose America because we are losing fair elections in this country.”

Indeed, there has been no serious evidence of election fraud so far. It is quite common in the history of the United States that counting the votes takes several days. OSCE international election observers also found no violations.

However, dozens of Trump supporters also gathered in Detroit and Philadelphia in front of the buildings where the votes are counted. Protesters chanted slogans like “Stop the Steal” – a reference to Trump’s baseless claim that the election was stolen from him. Some wore red signs that said, “Make the election fair again.” The message is strictly based on Trump’s slogan “Make America Great Again”.

In Philadelphia on Thursday, police arrested two men carrying firearms near the convention center without permission.

Biden: “Nobody will take our democracy away from us”

In many places the groups are still manageable and do not cause any direct violence. However, those responsible have expressed concern over repeated and unsubstantiated allegations of election manipulation by Trump and his electoral team. Many seem to fear that the mood in the divided country could change further and that there could be violent protests by supporters or opponents of the president.

Trump again presented himself as a victim of systematic election fraud in an appearance at the White House Thursday night, without providing any evidence for his claims. Several US TV stations have therefore canceled the live broadcast.

Trump’s eldest son has also heated the mood and called for an “all-out war” against alleged electoral fraud. It was time to “clean up and not look like a banana republic anymore,” he tweeted. The online service provided the short message with a warning.

Joe Biden, for his part, asked for calm. He tweeted: “Nobody will take our democracy away from us.” According to the Washington Post, the secret services are planning to strengthen security for the 77-year-old.