UAE Mission to Mars Will Arrive in February 2021 | Mars 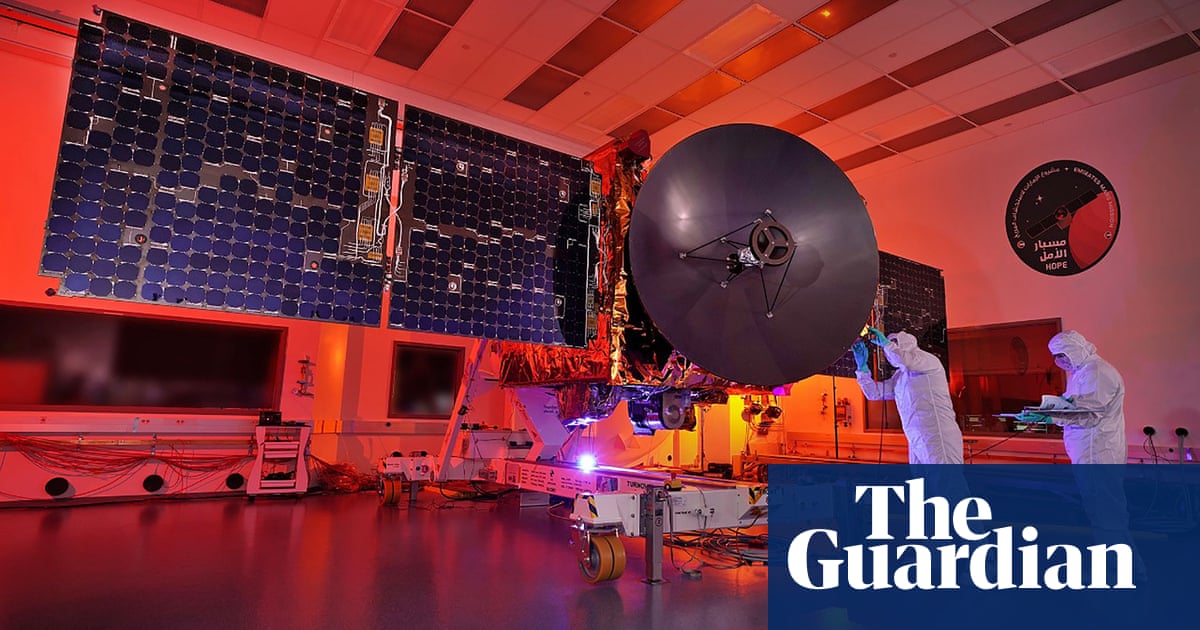 T.The Emirates Mars Mission (EMM) is en route to the Red Planet on 9 February. A third and final main trajectory correction (MTC) maneuver was completed on 10 November. Another minor TCM in December will prepare it for an insertion maneuver into the orbit of Mars next year. Without the need for further major course corrections, the mission team can begin the first scientific observations of Mars and interplanetary space.

The EMM spacecraft, also known as the Hope, carries three instruments designed primarily to study the tenuous Martian atmosphere. With its arrival, the United Arab Emirates will become the fifth region, after the United States, Russia, Europe and India, to reach Mars. Launched in July 2020, it is one of three spacecraft currently en route to the red planet. At the same time, the Chinese Tianwen orbiter and rover and the US Perseverance rover were also launched.

EMM is the first interplanetary mission of an Arab nation and was developed by a team led by the Mohammed bin Rashid Space Center (MBRSC), Dubai. It was funded by the UAE government through the UAE Space Agency.