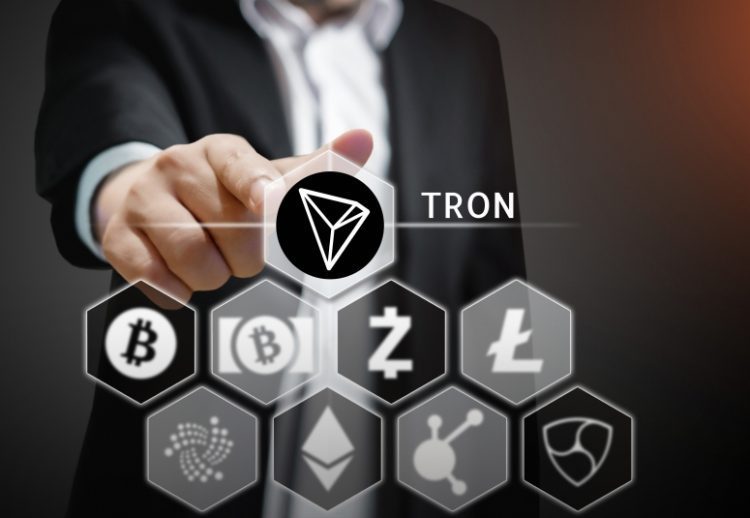 Tron (TRX) is up about 9% later receiving support from one of the most important game apps on the Ethereum platform (ETH). The Tron network seems to attract new companies who want to take advantage of the capabilities offered by Tron. The decentralized application (dApp) EtherGoo decided to switch to the Tron network, becoming TronGoo.

The decentralized application EtherGoo has decided to move to a new network. After changing its name to TronGoo, the dApp will be based on the Tron network. This decentralized app is one of the most popular on the Ethereum network taking into account the number of daily active users and the volume of transactions. The game was developed by the creators of the TRON Shrimp Farm.

After being developed for Tron, it will have an improved and updated game balance. In addition, it will also include a new interface with mobile compatibility.

Explain in a recent blog post uploaded by the Tron Foundation:

"The TRON network and the TRON Arcade fund will always welcome developers with open arms and we are confident that working together will allow our technologies and communities to feed the next wave of innovation and adoption." The EtherGoo and TRON Shrimp developers have produced successful apps on more blockchain and we hope their creations will bring joy to the TRON community. "

Although the game is very simple, it has attracted several hundred users a day. The Tron network has become increasingly popular in recent months attracting new applications and developers. The most popular game dApp based on the Tron network has approximately 3,300 users per day. This is more than the biggest Ethereum game app that has 2,400 users every day. At the same time, Tron surpassed Ethereum in transaction volumes.

During the last hours, Tron has been able to grow in the market. Although all the top 10 virtual currencies are growing, Tron recorded the second largest increase among the first 57 digital assets. In the last 24 hours, Tron has grown by almost 9%. Now, each TRX currency is trading around $ 0.0228 and has a market capitalization of $ 1.52 billion.

In the future, the new applications developed for Ethereum could move to Tron. This would allow the network to continue to grow and receive new investors and users.

Want to know more about TRON? Read how Tron's transactions have surpassed other important currencies in our in-depth article. You can also read how the price of Tron has been boosted at the start of this year with the voice of a great partnership.

Are you interested in investing in Tron? You'll want to start with ours Tron price forecasting article as well as our analyst read about the TRX trading in ours Tron Technical analysis.

The best place to buy or trade for TRX is active Binance. After, you can use the great features of TronWallet to keep your TRX.