Token uses the principles of Bitcoin on Ethereum Blockchain 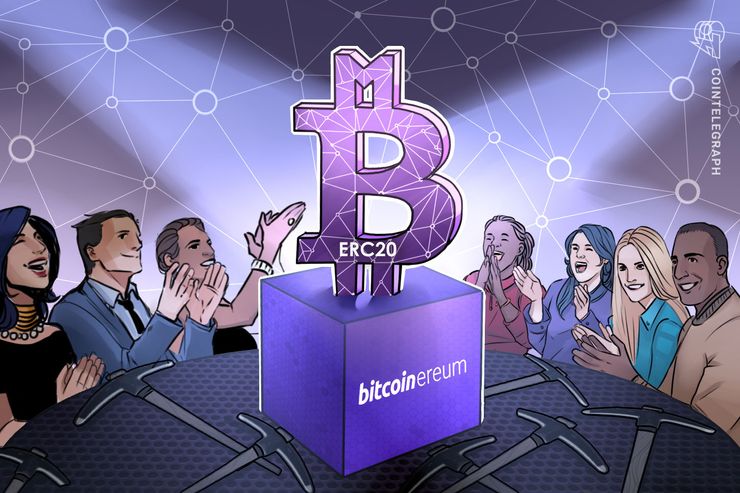 The developers of a token with the slogan "No ICO – No Pre-mines – No Bullsh * t" say that allows users to extract the coin without the required mining equipment, simulating the Bitcoin extraction mechanism on the Ethereum blockchain .

Bitcoinereum, an ERC-20 token created in 2017, is called by its developers the "first Bitcoin minable ERC-20 token on Ethereum Blockchain." Its mining system mimics the same mining mechanism on the Ethereum blockchain that is used to create Bitcoins but instead of using mining equipment, users are "just forced to call a function of the smart token contract". According to the team, the only thing that users need to have is some of ETH in their wallets that will only be used to pay for the Ethereum network rates.

"Anyone can extract Bitcoinereum by calling the Mine () function of the smart contract.You only need to interact with the smart contract using any Ethereum portfolio such as MyEtherWallet.com or geth.The token incorporates a mining mechanism similar to that of Bitcoin, including the mining remuneration that is halved every 4 years.The whole process is quite transparent and we invite anyone interested in reviewing the Bitcoinereum source code ". The Bitcoinereum team told Cointelegraph.

The token website indicates that only 21,000,000 coins were drawn and that the initial supply was zero coins, as there was no pre-mine. According to the team, it should take about 132 years to extract every Bitcoinereum.

The developers put the limit to a maximum of 50 coins extracted every 10 minutes, the same mining reward of Bitcoin in 2009. This reward will continue until 2021, when it will be halved to 25, the team says. However, the Bitcoinereum mechanism allows not only a miner to receive the full prize every 10 minutes. The reward is divided by 50 calls and whoever makes the first 50 calls receives the coins during that period. These rules are designed to help avoid a mining monopoly and get better distribution of Bitcoinereum throughout the community. At the time of printing, 320,000 coins have been extracted so far.

The concept of smart contract mining (or public mining) means allowing anyone to extract a token by calling a smart contract function, the team explained. This concept was originally introduced by Artemine, a token that also does not require any usual equipment for extraction. It was announced as an updated version of Minereum. At the time of its launch in 2017, the Artemine team managed to build an important platform focused on the principles of public mining and automation.

Artemina's currency can be extracted in two ways, by calling an intelligent contract function or by holding a Genesis address. Another important update that has been introduced is the possibility of decentralized exchanges of Genesis addresses, "making them a sort of collector crypto", the team explained. The Genesis Addresses self-generation process is automated and based on a mathematical formula. In addition to this, users can transfer their Genesis addresses and exchange them on the open market, directly with the purchaser without any involvement from third parties. Sales can be made via smart contracts in a peer-to-peer environment. The project team expects all Artemine genesis addresses to be extracted over the next 40-60 years.