This is what the first practical reports say

Following Thursday’s Xbox series, the first PS5 hands-on reports from the US and UK media will follow today.

Even in the case of the Sony console, the vast majority are quite enthusiastic, although there is still a lack of real gaming tests, especially real next-generation games. Many actually only report on Astro’s playroom or Spiderman.

First, the DualSense controller impresses with its tactile feedback and adaptive triggers, which are a real innovation for testers. However, there is still a risk that it will eventually be a gimmick that will eventually fall into oblivion. Testers are also impressed with loading times, which improves the overall experience.

“The PS5 may look completely different, but it is a remarkable evolution of the PlayStation 4 in all respects. Instead of following entirely new paths, Sony keeps the essence of the console and pours it into a new form, which are also some of the most big criticism eliminated. The PS5 doesn’t want to redo things, just quieter, faster and a little better. And yes, systems architect Mark Cerny’s team has definitely fulfilled that task. “

“The PlayStation 5 has definitely come true and has the potential to exceed my hopes and expectations for the next generation. New UI elements such as tasks and the control center also simplify everyday tasks and open up new possibilities. “

“The PlayStation 5 is a great investment and early adopters will not regret their decision. It won’t fundamentally change the way you play video games. With fast load times and more powerful hardware on your PlayStation 4, it offers a much better experience than your PlayStation 4. “

“The PlayStation 5 makes a phenomenal first impression with the sheer immersion made possible by the DualSense controller, the compelling Tempest 3D sound engine and the great new graphics potential of its games, all of which are more interconnected than ever.”

“For starters, the PS5 is a great console that paves the way for a promising future where gaming experiences can evolve in interesting ways and the experience process is streamlined.”

“The PS5 is doing everything right. PlayStation unlocked the next generation of games by completely redesigning the hardware, controller and key UI functions. “

“The PlayStation 5 has definitely come true and has the potential to exceed my hopes and expectations for the next generation. The DualSense controller offers greater immersion and is a solid improvement over the DualShock 4, my first impressions of higher frame rates and ray tracing have been fantastic and the loading speeds are absolutely wonderful. New UI elements such as Tasks and the Control Center simplify daily tasks and open up new possibilities. “

Most are quite disappointed with the limited storage space that’s ultimately available, as well as the games, which can’t make everyone happy. They even recommend waiting a year or more for new consoles to open. 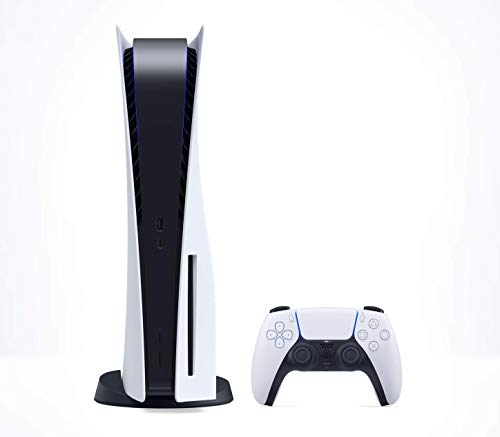