They were a LOT left when he took the X FACTOR stage. “I had stage 4 cancer” 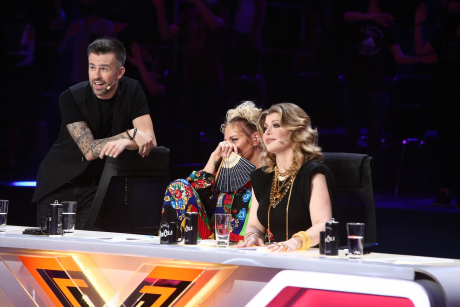 Austin Hirth received applause on the open stage, after filling the X Factor scene with an emotional show and a life story that left everyone speechless.

“Even if I win X Factor, I would like to sing on the street, because it is a joy for me, I like it! I was born in Florida and in 1993 my parents moved to Romania, to work in orphanages, with children, I love this country !

At the age of 20 I had stage 4 cancer, so I started playing guitar. At first I was just a drummer. It’s a part of my life that I don’t talk about very often. Of course you don’t want to hear it … it took me about a year and a half to get the chemotherapy and radiation. I’m 100% fine now. Music has helped me a lot. Life can be very difficult and if you have something to express yourself with it’s great, it’s been a blessing for me, “Austin said.

Ștefan Bănică admitted that he would buy a ticket to a concert he gave.

“You have an incredible soul! You are a survivor, you managed to fight for life and you were hit in the most beautiful years that God gives on earth. And yet you went on … You blessed me with your voice” Loredana told him .

He received 4 YES and goes directly to the Bootcamp, in the Delia team.