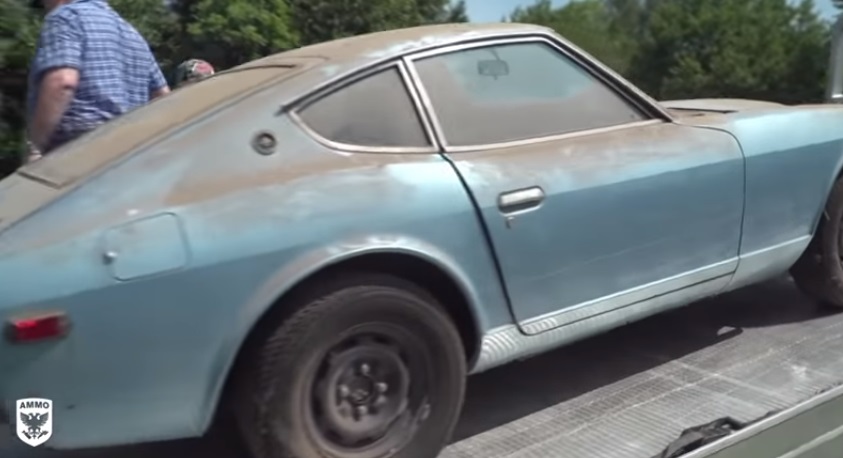 American automotive vlogger and environmentalist Larry Kosilla last week posted a video on his YouTube channel called AMMO NYC showing the refurbishment process of a semi-disassembled Nissan Datsun 280Z that has spent the last 44 years forgotten in a barn. in Hershey (Pennsylvania, USA), after which the car was washed for the first time in all this time.

It is a compact sports car produced in 1975 for the US market, which has only driven 563 kilometers. Upon exiting the dealership, the buyer noticed a scratch on the bumper and asked for that part to be replaced.

The seller initially insisted on repairing the damage but eventually agreed, after which the owner removed the bumper for replacement. Also, he was removing some additional parts to replace them with more modern ones, including the FM radio, with the idea of ​​putting a radio cassette in its place.