They seek the right hand of a repressive minister 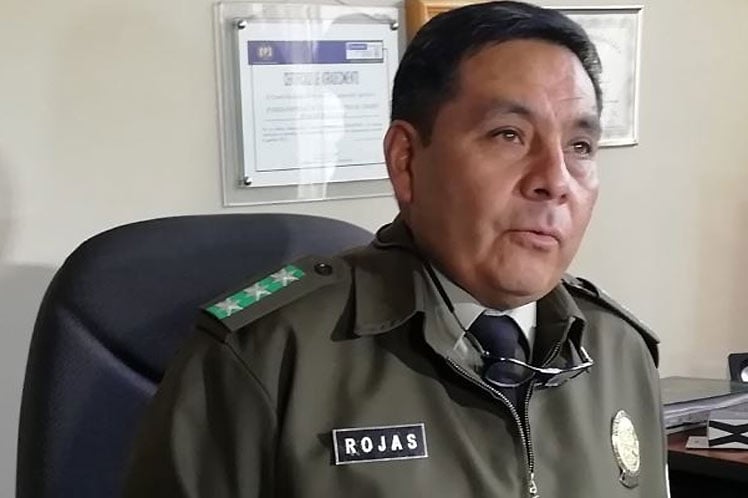 November 14, 2020 – Colonel Iván Rojas, who during the de facto government in Bolivia became the right hand of the repressive Minister of the Government (Interior), is today in the crosshairs of justice and is, in fact, a fugitive.

The La Paz Prosecutor’s Office issued an arrest warrant against the former director of the Special Crime Force (Felcc), who was summoned to testify and did not appear.

Authorities broke into his home to arrest him, but he escaped.

The head of the prosecution, Marco Cossío, confirmed the arrest warrant issued against Rojas, under investigation for alleged crimes of violation of duties, misuse of influence and aggravated robbery.

The accusations are motivated by the certainty that the controversial officer incinerated the military notebook of former president Evo Morales, a very important document in Bolivia.

Cossío reported that he is processing orders to prevent former interior minister, Arturo Murillo, also under investigation for corruption and a fugitive, and former deputy minister of that portfolio Javier Issa from leaving the country.

Rojas’s situation worsened last Monday when a recording appeared on Internet networks in which someone, presumably Rojas, raised concerns with Issa about possible police action against him due to the disappearance of Morales’ notebook. According to journalistic and police sources, Rojas as head of Felcc has played a key role in the so-called judicialization of repressive politics under the de facto government.

By virtue of this, he allegedly “fabricated” files for various reasons to imprison leaders and collaborators of the Movement for Socialism (MAS), such as Wilma Alanoca, from whom he seized a folder with Evo Morales documents, including the lost notebook.

Most of these cases have been dismissed, including the charges against Alanoca, who left the Mexican embassy this week after a year of asylum at the headquarters, along with former ministers and Morales aides.