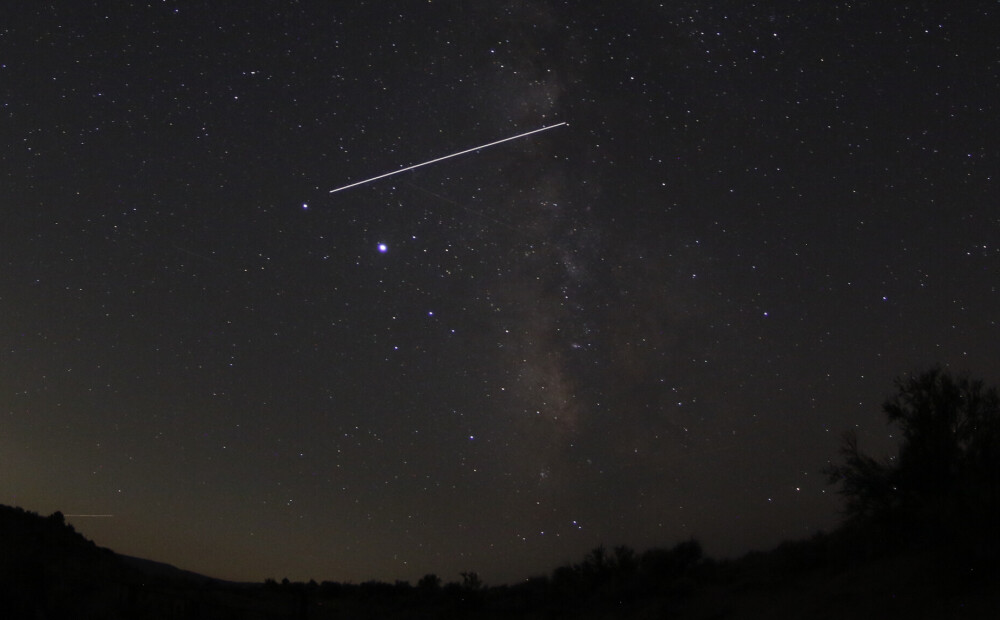 The flux of Leonid meteors is observed in mid-November of each year, as Earth’s orbit crosses the orbit of Comet Tempel-Tatla. The name of the stream “Leonidas” is linked to the fact that its radiant is found in the constellation of Leo. However, in order to observe the glorious sight, it is not necessary to look only in the direction of the constellation of Leo, as it may be missing meteors with longer “tails”.

This year, the annual meteor shower is expected on the night of November 16-17, when 10 to 15 meteors can be seen from the sky during the hour.

Falling meteors will be visible to the naked eye. The main condition for star gazing is to find a place that is dark and open enough to look at the sky.

The easiest visible flow of Leonid meteors is for inhabitants of the Northern Hemisphere, but people in the Southern Hemisphere should also be able to see stellar rain. If the moon is brighter, the meteor flow will be more difficult to see.

Every 33 years, the Leonid meteor shower is particularly beautiful. For example, in 1966, people in North America could observe up to 100,000 meteors falling into the sky in an hour. In 1999 it was less pronounced.

The next Leonid peak is expected in 2032, but, according to Earth Sky, a particularly strong meteor shower could be seen in 2099.

Others are currently reading

Celebrity face masks: how much it costs and where to buy them