The viral video that outraged Barcelona fans: Leo Messi takes the field and “admires” an opponent of Dynamo Kyiv 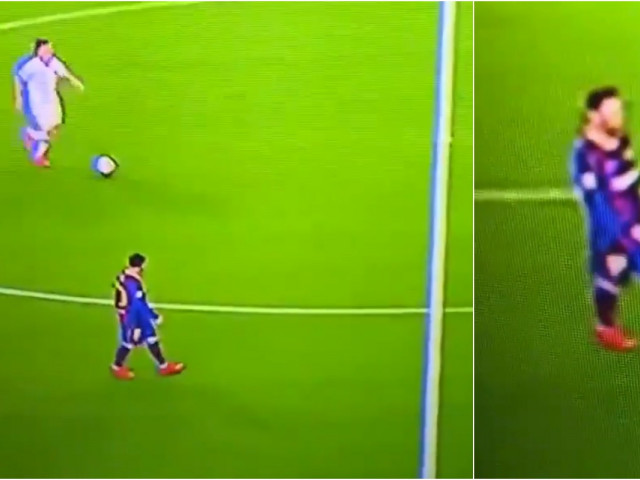 Leo Messi, criticized for his attitude in the match with Dynamo Kiev. The viral clip

Despite the victory, the Catalans, with Leo Messi (33 years) in the field, they suffered terribly for the three points. The Argentine was the one who opened the scoring, in the fifth minute, from an 11-meter shot, but the fans Barcelona they were dissatisfied with the South American star’s involvement.

A video circulated on social networks in which Messi looks unfazed as a player from Dynamo Kyiv controls the ball. Captain Barcelona neither presses nor rushes to position himself behind the ball.

The video went viral and Catalan supporters did not spare it Lionel Messi. “He is not what a team captain looks like. We complain about Sergio Ramos, but Messi is not a real captain.”, commented a supporter of the Camp Nou group.

The cookie settings do not allow the display of the contents of this section. You can update the cookie module settings directly from your browser or from here – you have to accept social media cookies

Barcelona, ​​victory to the limit with the team of Mircea Lucescu

However, there were also supporters who defended the South American. The phase took place in the last sequences of the match, and fatigue would speak.

“It’s the 92nd minute of an almost over game”, stressed a supporter in his defense Leo Messi.

Barcelona he won, but after a match in which the Catalan press nominated “best on the field” goalkeeper Ter Stegen, who returned to the team after an injury, replacing Neto. The German repeatedly opposed Tzygankov and saved the points for Barcelona.