The Turkish Brotherhood’s project to overthrow the Arab nation state 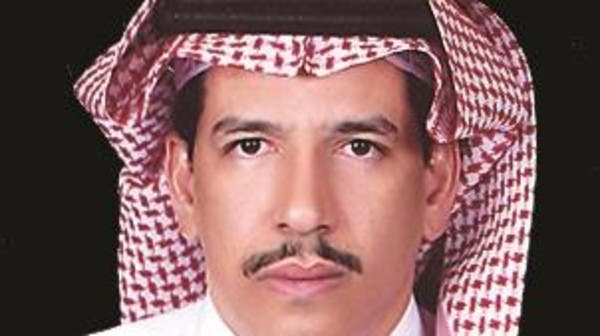 If the leadership is with Turkey and the act of sabotage is with the Terrorist Brotherhood, then Qatar, with its extremist political system, has used its financial, material and media capabilities to implement the goals of the Turkish Brotherhood’s destructive project. which seeks to overthrow the Arab nation state without exception.

An old-new dream that Turkey is working on, as well as a renewed dream that the Brotherhood is always working on, and it is the dream of complete and complete domination of the Arab world from the Arabian Gulf to the Atlantic Ocean, with all its heritage. , wealth, resources, skills and abilities. It can be called a dream, referring to the depth of the historical idea on both sides. However, the current circumstances existing in most Arab countries make us add another sentence to the word dream that could be clearer and more direct, which is the Turkish Brotherhood’s project of action to overthrow the Arab nation state, which will naturally lead to the fragmentation of the Arab world. And if the dreams of the two sides in the past agreed, without converging, on the importance of overthrowing the Arab nation-states, and then differed in what the state should be; The Turkish-Brotherhood project at the moment indicates that the two sides still agree on the main goal of overthrowing the Arab nation state, and it appears that they are very close to an agreement on the future that follows the success of their destructive project.

Far from the discussion of the historical roots of Turkish historical ambitions in the Arab world and its constant dreams of domination and control over it, as well as the discussion of the historical roots that led to the founding of the Muslim Brotherhood with the aim of dividing Arab societies , targeting the nation state and killing the nationalist spirit from within the Arab world, the debate in our present time It should focus on the declared destructive project of the Turkish Brotherhood, complete with elements and objectives and a decree of objectives and results. Yes, the debate must be very focused on this destructive project, as it is dangerous for the future of the Arab nation state, whatever its name or address, and for the Arab peoples without exception. This destructive project, its features began to appear slightly to the public since the American occupation of Iraq in 2003 AD, and became evident after the political chaos that occurred in some Arab countries in 2011 AD, which is intended to include all Arab countries. That year 2011 AD was the year of the real announcement of the birth of the destructive project of the Turkish Brotherhood, when it was called by many parties “Arab Spring”, and this name was adopted politically by the actors of the international community. That announcement was an important indication of the end of one phase and the beginning of another, as the owners of that destructive project wished, and how those who sponsored, financed and adopted it politically and in the media, but did not get the hoped-for successes and the hoped-for results they expected to obtain. But as this destructive project has become declared and visible, and the elements based on it and the main objectives pursued by it are known, those responsible for it have taken roundabouts and adopted various methods to achieve their goals and objectives to make their project as soon as possible.

The announcement of the destructive project before achieving its successes was a serious mistake made by the owners of the project and those who rely on it, but at the same time they could not cancel it because their loss will be much greater than continuing. , if they have their decision. Therefore, their decision has come to continue, but with methods, methods, tools and approaches different from those used in the past, when secrecy and feigned dissonance between them were the policy followed. The announced working decision was a difficult decision for both the Turkish side and the Brotherhood side as they did not want their conspiratorial relationships to be exposed, but it has to be made and implemented, that is, that Turkish lands are the headquarters principal for the continuation of the project with all its objectives, elements and tools, and for the Brotherhood to be, with its elements, mercenaries and their dispersed agents. In Arab countries, it is the tool that is used to destabilize the security, peace and stability of the nation state and overthrow its political system, and for extremist political regimes allied with Turkey and the Brotherhood, such as the political system of Qatar , which financed all the objectives of the destructive project financially and financially.

It is a very broad political project based on multiple and complex alliances led by Turkey, whose lands have become the main headquarters for planning all political, intelligence, training and rehabilitation processes for the elements of the project and has created the appropriate environment for the media serving their destructive project with their constant effort to destabilize the security and stability of Arab political systems and target the foundations of the Arab nation state, AND to continue to spread discord among the children of Arab societies, and has hosted in its lands all the deviant, extremist and terrorist elements required for Arab countries, and has made its lands a home for extremist elements and terrorist groups who target security, peace and stability of all Arab countries, especially moderate countries. If Turkey is leading this destructive project, then the Brotherhood, with its members, agents, mercenaries and followers located in Arab countries, is working tirelessly, with elaborate planning that maintains the confidentiality of information and with great care so that its elements are not known and the names of its agents, mercenaries and followers are revealed. If the leadership is in Turkey and the act of sabotage is with the terrorist Brotherhood, then Qatar, with its extremist political system, has dedicated its financial, material and media capabilities to implement the objectives of the destructive project of the Turkish Brotherhood which seeks to overthrow the Arab national state without exception.

In conclusion, it is important to tell all Arabs who are allies, supporters and sympathizers of the Turkish project that you will be the first to target, ostracize and expel them, the most despised and insulted, the lowest you look at and the most despicable of those. who protect and finance them, because according to her you are nothing more than mercenaries who have betrayed their nations, and destroyed their lands. And elements of perverse behavior and extremism cannot be trusted in their actions; How, then, if we add to these humble causes that Turkish racist view of the Arabs and its contempt for their history and heritage?

Notice:
All published articles represent the opinion of its authors only.