The study shows that the hydrogen peroxide oxidizing agent can actually … 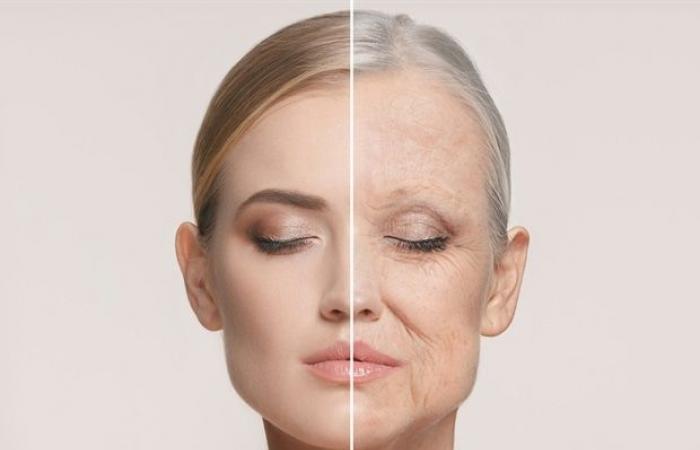 In high concentrations, reactive oxygen species – so-called oxidizing agents – are harmful to the cells of all organisms and have been linked to aging. A study by the Swedish Chalmers University of Technology has now shown that low concentrations of the oxidizing agent hydrogen peroxide can stimulate an enzyme that slows the aging of yeast cells.

An advantage of antioxidants such as vitamins C and E is that they neutralize reactive oxygen species – so-called oxidizing agents – which can otherwise react with important molecules in the body and destroy their biological functions.

For example, larger amounts of oxidizing agents can seriously damage DNA, cell membranes and proteins. Our cells have therefore developed strong defense mechanisms to get rid of these oxidants produced in our normal metabolism.

It was thought that oxidants were only harmful, but recently we have come to understand that they also have positive functions. New research from Chalmers University of Technology now shows that the well-known oxidizing agent hydrogen peroxide can actually slow the aging of yeast cells. Hydrogen peroxide is a chemical that is used for whitening hair and teeth, among other things.

It is also one of the oxidizing agents formed in our metabolism which is harmful at higher concentrations.

Chalmers researchers studied the Tsa1 enzyme, which is part of a group of antioxidants called peroxiredoxins.

Previous studies on these enzymes have shown that they are involved in the defense of yeast cells against harmful oxidizing agents. Peroxyroxins also prolong cell life when subjected to caloric restriction. The mechanisms behind these functions are not yet fully understood. ”

It is already known that reduced caloric intake can significantly extend the lifespan of a wide variety of organisms, from yeasts to monkeys. Several research groups, including Mikael Molin, have also shown that stimulating peroxiredoxin activity in particular slows the aging of cells in organisms such as yeasts, flies and worms when they get fewer calories than normal from their diet.

“Now we have found a new function for Tsa1,” says Cecilia Picazo, a postdoctoral fellow in the Chalmers Department of Systems and Synthetic Biology. “We thought that this enzyme simply neutralized the reactive oxygen species. We have now shown that Tsa1 must actually trigger a certain amount of hydrogen peroxide to participate in slowing the aging of yeast cells. ”

The effects eventually lead to a slowdown in cell division and the processes associated with the formation of cellular building blocks. Cells’ defenses against stress are also stimulated, which means they age more slowly.

“The signaling pathways that are affected by calorie intake can play a central role in aging by recording and controlling the status of many cellular processes,” says Mikael Molin. “By analyzing this, we hope to understand the molecular causes behind why the incidence of many common diseases such as cancer, Alzheimer’s and diabetes increases dramatically with age.”

The fact that researchers are now closer to understanding the mechanisms behind how oxidants can actually slow the aging process could lead to new studies, such as researching peroxiredoxin-stimulating drugs or testing whether the slowing of disease-related diseases. age can be caused by other drugs that increase the beneficial effects of oxidants in the body.

More on the topic: The aging mechanism slowed by the Tsa1 enzyme:

Chalmers researchers showed a mechanism by which the peroxiredoxin enzyme Tsa1 directly controls a central signaling pathway. It slows down aging by oxidizing an amino acid into another enzyme, protein kinase A, which is important for metabolic regulation.

Oxidation reduces the activity of protein kinase A by destabilizing part of the enzyme that binds to other molecules. This reduces nutrient signaling via protein kinase A, which in turn downregulates cell division and stimulates their defense against stress.

Learn more about the topic: Related results from other research groups:

Other studies have also shown that low levels of reactive oxygen species can be linked to several positive health effects. These oxidants are produced in the mitochondria, the “powerhouse” of a cell, and the process known as mitormesis can be seen in many organisms, from yeast to mice.

In mice, mitormesis slows tumor growth, while in nematodes, both peroxyroxins and mitormesis have been linked to the ability of type 2 diabetes drug metformin to slow cell aging.

Metformin is also relevant in the search for drugs that can reduce the risk of the elderly being severely affected by Covid-19. Studies in China and the United States have shown some promising results, and one theory suggests that metformin may counteract the deterioration of the immune system caused by aging.

These were the details of the news The study shows that the oxidizing agent of hydrogen peroxide can actually … to this day. We hope we have succeeded by giving you all the details and information. To follow all our news, you can subscribe to the alerts system or one of our different systems to provide you with everything new.