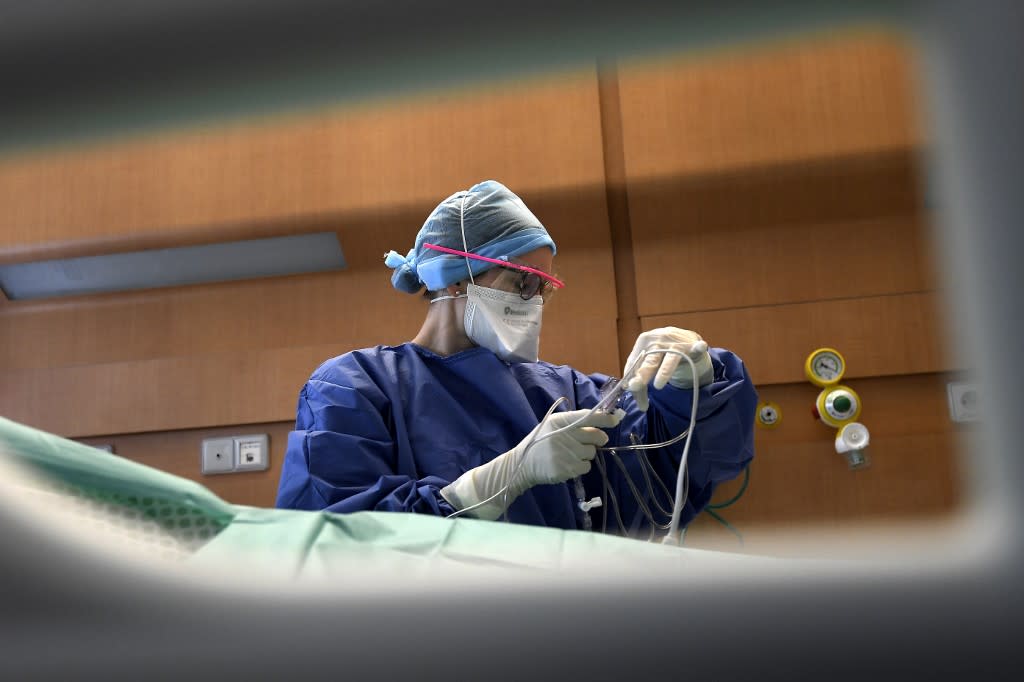 A British study shows that organ damage is observed in patients with a long form of the coronavirus months after their contamination.

It is a phenomenon that has not yet revealed all its secrets: the long forms of the coronavirus. A few months after the peak of the first wave in France last spring, patients who contracted Covid-19 reported persistent symptoms, including fatigue, headache or shortness of breath.

READ ALSO >> Misunderstanding and a feeling of abandonment: the ordeal of Covid-19 patients whose symptoms persist

A finding that the WHO has made since 22 June. “Some people have persistent symptoms, such as long-term dry cough, fatigue or shortness of breath when climbing stairs,” American epidemiologist Maria Van Kerkhove explained at a conference.

Asked in early September on the subject, Dr Nicolas Barizien, head of the functional rehabilitation service at Foch hospital in Suresnes, explained that 5 to 10% of people who contracted the coronavirus would suffer from persistent symptoms.

People with #LongCovid speak. It is real, we must prevent it and we must support those affected.

Since then, several studies have been conducted on the subject, particularly in Great Britain. One of them just revealed his first results, which were published in The Guardian on November 15th. It was conducted on about 500 patients who contracted Covid-19 and had persistent symptoms, but who had no risk profiles – quite young (the average age is 44) and in good health. They underwent MRI, blood and physical tests, and a questionnaire.

Initial results show that out of 200 patients, 70% have deficiencies in at least one of their organs (including heart, lungs, liver and pancreas) four months after the disease. “The good news is that the cloudiness is mild, […] but it exists. And in 25% of people, the problem affects two or more organs, “Amitava Banerjee, a cardiologist and associate professor at the University of London, told the Guardian.

These initial conclusions lead to other questions, and in particular that of the duration of symptoms over time, summarized by the cardiologist: “We need to know if the problem persists, resolves itself or if the situation worsens in some subjects. “.

Furthermore, in addition to the actual presence of deficiency in some organs, this study showed that there could be a link between the symptoms and the anomalies identified. In people with shortness of breath, damage to the heart or lungs has been observed, in those with digestive symptoms, it is the pancreas or liver that bears the signs. “It confirms the idea that there is an attack on certain organs, which we can detect and which can allow us to explain at least some of the symptoms and the trajectory of the disease”, analyzed Amitava Banerjee.

On the other hand, as the associate professor of the University of London reminded us in the British newspaper, the study does not show, for the moment, that the problems observed on the organs are the direct cause of persistent symptoms in patients. patients. Especially since the subjects had not necessarily passed an exam on these organs before they had Covid-19, meaning that some may have had problems with the affected organs before they had the virus, although this is unlikely according to Amitava Banerjee, as they were in good health.

Link between inflammation and organ damage

A few weeks earlier, on October 18, the partial results of another study on the long forms of the coronavirus had also been revealed. This was performed on 58 patients who developed moderate to severe coronavirus. Two to three months after infection, 60% of people had an abnormality of the lungs, 29% of the kidneys, 26% of the heart, and 10% of the liver. Changes in some brain tissues have also been observed. Furthermore, with regard to symptoms, 64% of the patients observed still suffered from persistent dyspnea and 55% complained of severe fatigue.

“It is interesting to see that the abnormalities seen on MRI scans and physical tests are strongly correlated with serum markers of inflammation. It suggests a potential link between chronic inflammation and organ damage in Covid survivors, “commented Dr Betty Raman, who co-directs this study. She added, however, that, as with the other study, it was not unclear whether some abnormalities were not already present in the patients’ organs before the virus.

Research that helps to see more clearly on long forms, but therefore does not yet answer all the questions on the subject.

OUR ARTICLES ON CORONAVIRUS

>> Where is the race for the first vaccine?

>> Collective immunity, chloroquine, aerosol … The lexicon of the coronavirus