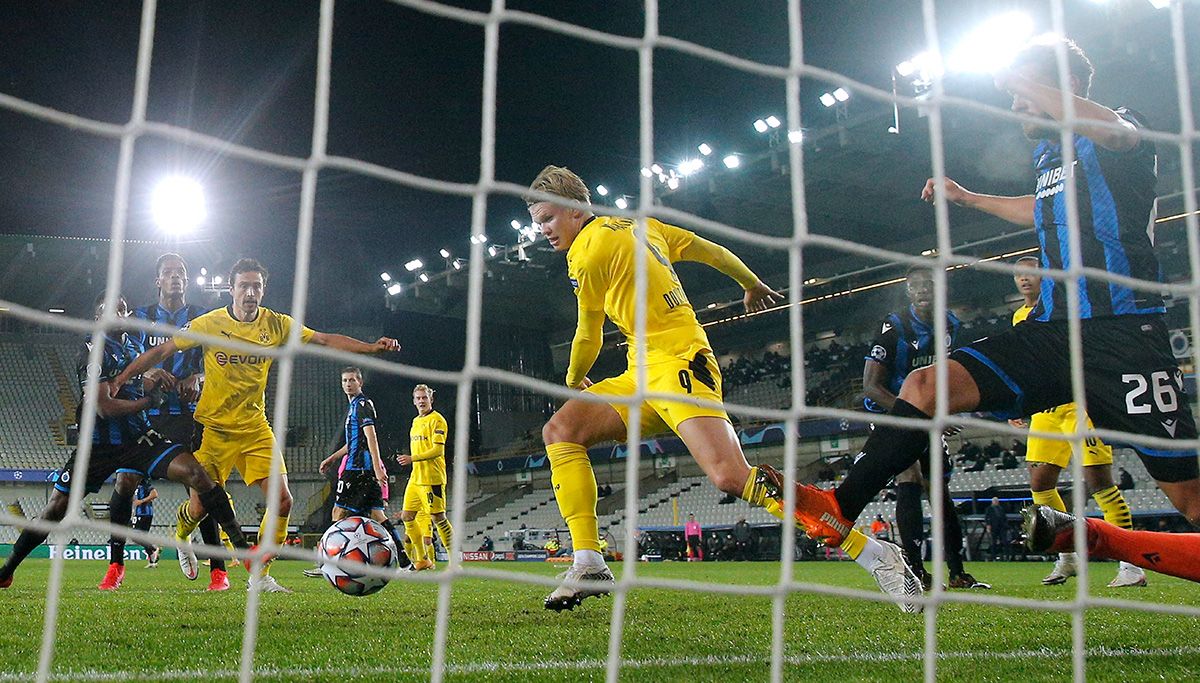 From the start of the last 2019-20 season until today, Erling Braut Haaland he played 50 games, scoring 54 goals. The Norwegian striker has a high degree of confidence in the definition phasePlus, the way he protects the ball surprises everyone who sees him play. With only 20 years of age, the ability she has is amazing, this seems to be exactly what FC Barcelona needs.

At RB Salzburg at the age of 19 he added 29 goals in 27 games played. Even in the six games of the group stage of the UEFA Champions League, scored 8 goals against teams like Liverpool, Napoli and Genk. After, his high level moved to Germany with Borussia Dortmund.

The moment it arrived, caused uncertainty about maintaining the same performance in such a high-level league like the Bundesliga, but doubts disappeared on his debut against Augsburg, where he scored a hat-trick, from then on he became an unstoppable scorer, scoring 26 times in 28 games played with an average of one goal per game.

In this edition of the Champions League, the striker scored four goals in three games, allowing 38 good passes and 9 recovered balls. The UCL anthem seems to be the Norwegian’s favorite, so much that no player needed fewer games to achieve their goals.

It should be noted that the current figure of Borussia Dortmund was dismissed by FC Barcelona at the time Josep María Bartomeu was at the helm as club president, as it transpired they were able to sign the Norwegian striker before blowing up at Red Bull Salzsburg, but they didn’t want him because “I didn’t have a profile for the blaugrana team”.

Ariedo Braida, who was an FC Barcelona international football advisor, gave an interview in which revealed that Haaland was rejected: “I was watching the players and I wrote a lot of names in my diary, like Haaland, of Borussia Dortmund, when he was still playing for Salzburg. But at the club they told me no, that I didn’t have a Barça profile ”.