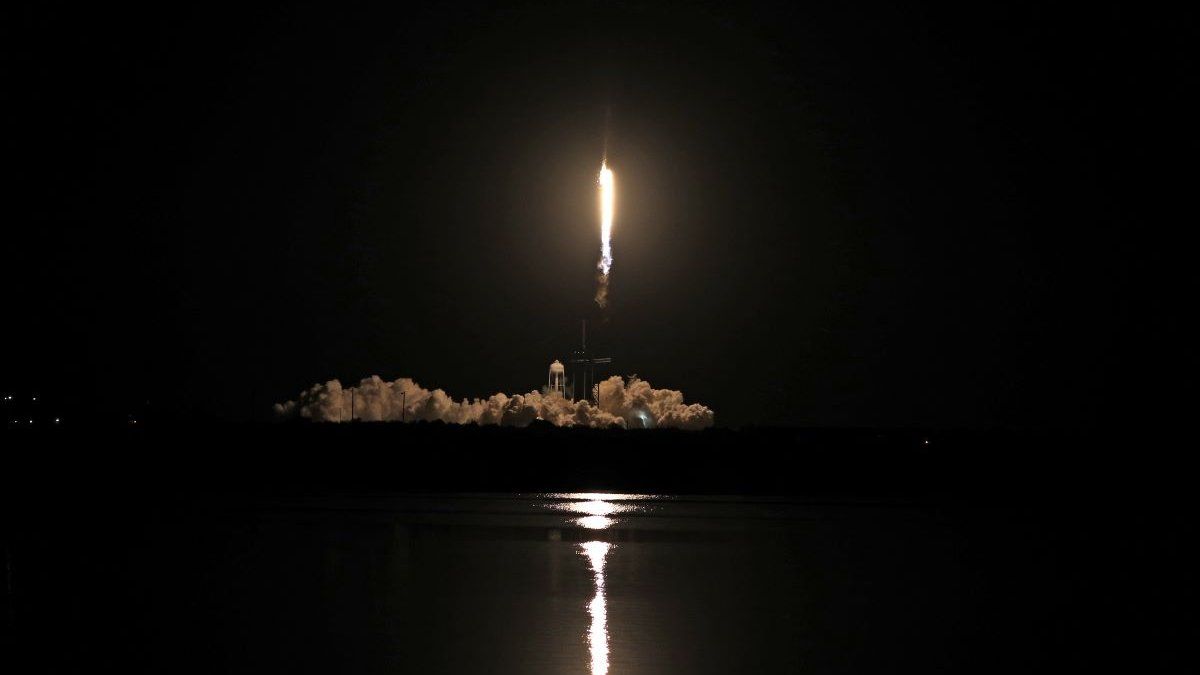 The four of them astronauts embarked on a rocket of SpaceX took off at night for the International Space Station, even though the forecast of good weather was just 50-50 and Elon Musk, the leader of the company, did not show up because it is possible that he is infected with COVID-19.

“The day has come!” Tweeted American astronaut Mike Hopkins, the crew commander, before donning the suit and heading to the launch pad aboard a Tesla Model X. The astronauts’ elegant white suits with black, matched to the vehicles they got on, both made by Musk’s two main companies: SpaceX and Tesla.

Once aboard the cars, the astronauts exchanged greetings with their children and partners, who gathered at the car’s open windows to greet each other. The families have remained with the quarantined astronauts for the past few weeks, allowing them to have that close encounter now.

Musk – who on the eve of the launch revealed that he “most likely” suffers from a mild case of coronavirus despite mixed results – has been replaced in his official duties at the Kennedy Space Center by SpaceX president Gwynne Shotwell. She was joined by NASA Administrator Jim Bridenstine for last-minute statements and photos with the astronauts.

NASA policy requires that anyone testing positive for COVID-19 will self-quarantine and remain in isolation. Authorities stressed that the rules apply to everyone, including Musk.

The businessman remained optimistic. “Astronaut launch!”, He tweeted Sunday morning, adding that last week he had cold symptoms but now feels “quite normal”. Representatives from California-based SpaceX did not answer questions about the executive’s position.