The solar system had another planet between Saturn and … 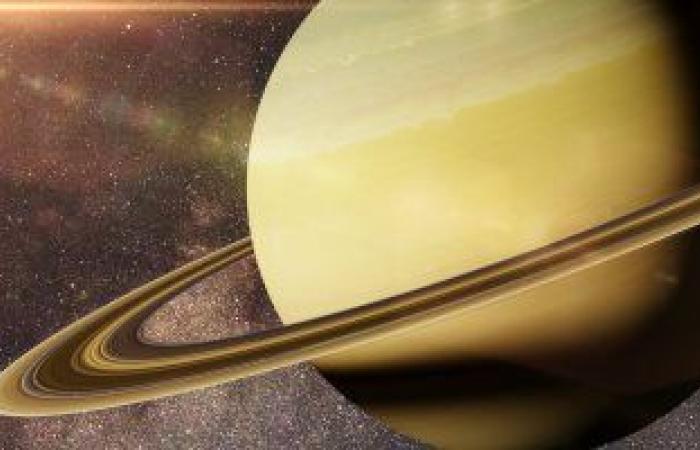 American researchers made thousands of samples of how the orbit of the solar system’s planets evolved over time, to find the model that explains the modern state of icy orbits around the sun, and concluded that the solar system may have had once an additional planet, which is a frozen world ejected from its orbit, but its existence led to the planetary orbits we see today.

According to the British newspaper “Daily Mail”, the planet between Saturn and Uranus was ejected from the solar system in its cradle, which led to the displacement of the ice giants on new orbits around the sun.

Planets were born from a rotating disk of dust and gas surrounding the sun. The orbits of giant planets were once thought to be full and circular, but the interactions of gravity have transformed them into the patterns we see today.

This formation is believed to be unusual and experts have long tried to explain how it became, and researchers concluded that the orbits of the “ice giants” planets, Uranus and Neptune, were affected by the gravitational pull of a mysterious vanished ice giant planet that lay between Saturn and Uranus.

“We now know that there are thousands of planetary systems in the Milky Way alone,” said article author and planetary scientist Matt Clement of the Carnegie Institution for Science in Washington, DC.

He added: “But it turns out that the arrangement of the planets in our solar system is very unusual, so we use models to reverse the geometry and repeat their formative processes.”

“It’s kind of like trying to figure out what happened in a car accident after it happened, how fast the cars were moving, in which directions and so on,” Clement said.

In their study, Dr. Clement and his colleagues ran 6,000 different simulations of the evolution of the solar system, focusing on the relationship between some of the planets.

These were the details of the news that the study confirms: the solar system had another planet between Saturn and … to this day. We hope we have succeeded by giving you all the details and information. To follow all our news, you can subscribe to the alerts system or one of our different systems to provide you with everything new.