The reports of abuse against Boy Scouts exceed 81,000 – USA and Canada – International 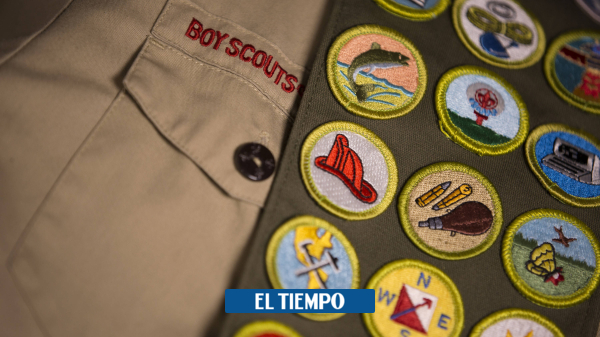 
The crisis that for some months has shaken the foundations of the ‘Boy Scouts of America’ (institution of the Boy Scouts of the United States) has increased even more after the number of complaints of sexual abuse within the youth group became known.

Right now, according to the “New York Times”, they are there nearly 81,500 complaints.

The avalanche of accidents even threatens the existence of the Boy Scouts, an institution which, according to the aforementioned media, has been carrying out activities related to the development of children and young people for 110 years.

This Monday, November 16, is the deadline for the institution’s victims to publicize cases and evidence. That is to say: for tomorrow there could be more than 81,500, the total counted up to this Sunday.

(Read also: The drama of 4 girls sexually assaulted by a nurse)

It is worth noting that the Scouts, as reported by various media at the time, have filed for bankruptcy in the absence of activity taking into account the prohibitions given to prevent the spread of covid-19.

The meetings were impossible, because one of the requests to slow the spread of the new coronavirus was to do everything possible to stay safe and avoid departures. In addition to activities, such as recreational activities.

(We recommend: police who beat with a stick are jailed for sexual assault)

Paul Mones, a lawyer representing the victims of the case, according to a testimony collected by the ‘Los Angeles Times’, assured that “When this failure is resolved, Boy Scouts will not be the same Boy Scouts in America“.

Timothy Kosnoff, another of the defense attorneys – belongs to a group called “ Abused in Scouting ” – went much further and assured that the wave of complaints against the scouts “will exceed those of the Catholic Church”.

Kosnoff, according to the Los Angeles Times, received nearly a thousand cases in a single week and has treated about 10,000 from his collective.

The extent of the complaints of the attacked, at least temporarily, dates back to the end of the first half of the twentieth century.

In fact, according to the “Los Angeles Times”, last year A hired investigator searched Scout records from 1944 to 2016 and identified 12,254 victims.

The “NPR” (National Public Radio, in Spanish) released one of more than 80,000 recorded testimonies.

Testimonies of people who belonged to Boy Scouts from the 20th century to the present day have been collected.

Frank Spinelli joined scouts as a boy in the late 1970s, according to him, a NYPD member was the scouting leader of a troop.
His name was Bill Fox.

Fox found time to spend with Spinelli convince his parents that it was all scout business.

“And one day – says Spinelli – Fox told me ‘I want you to tell your parents that you will go to sleep at my house’. He, Fox, was 30 years old at the time and lived with his mother (…) My Father took me to that house. Bill took me upstairs. And showed me somewhere in the Boy Scout handbook where there was something about puberty. ”

In that house, according to the testimony, Fox urged the Spinelli boy to take off his clothes.

He also took it off. “This is the first time I’ve seen anyone naked,” Spinelli said at the time.

The Spinelli case has already had a verdict: Bill Fox was charged with sexual abuse and died in prison.

“Crew Janci”, a page that specializes in complaints against Scout, has a profile of Bill Fox asking for victims of the former NYPD to give their testimony.

(It may interest you: a gang that sexually exploited minors in Cartagena falls)

Cases will be accepted until Monday

According to statements by several lawyers to the media, the case of the 81,500 complaints could mean a severe blow to the Scouts as an organization, taking into account the failure they face.

The New York Times states that, in 50 years, Scout membership decreased from nearly 5 million to 2.2 million. One strategy, used in 2017, was to admit girls into the organization, however, this sparked some disputes with the Girls Scouts, which, as the name suggests, is made up of girls and young men.

This Monday at 5pm will be the deadline for receiving all testimonies of sexual abuse within the organization.

81,500 lawsuits are pending against the Boy Scouts of America for sexual abuse

It is worth noting that “Boy Scouts of America” spoke on the serious situation.

“The organization is devastated by the number of lives affected by past abuses in Scouting … The response we have seen from the survivors has been heartbreaking,” the organization said in a statement.

He concluded by saying that “we are deeply sorry”.