The new generation of Xbox in the test 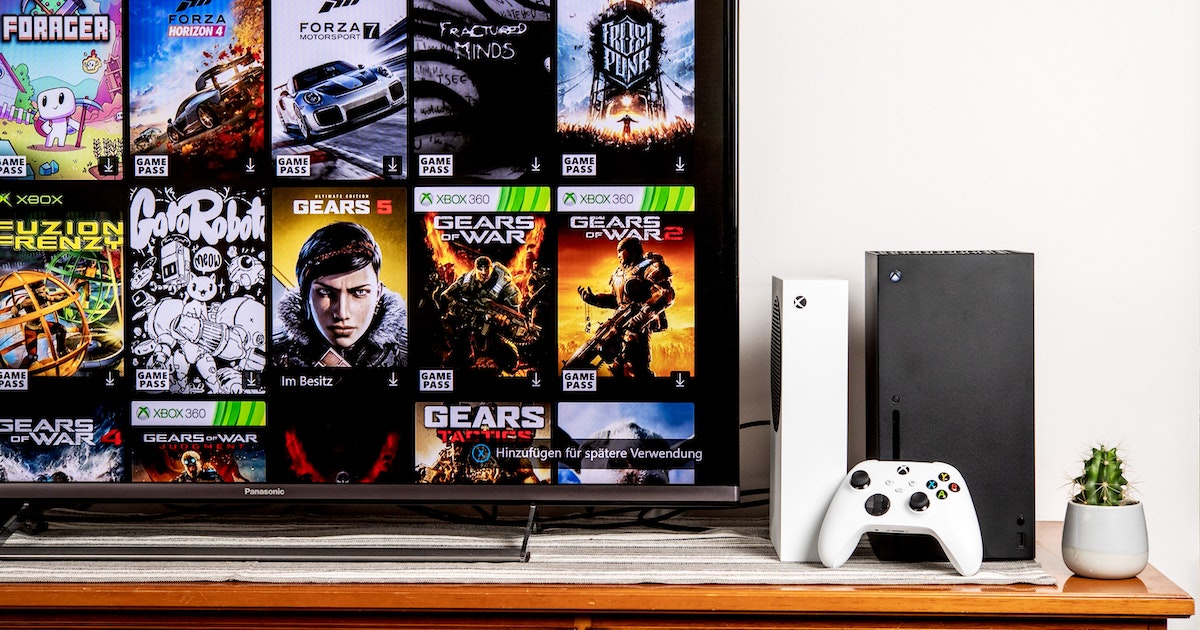 The calm of the new Xbox consoles is evident in the design. The largest Xbox Series X model: a black monolith with light green accents. The smallest Xbox Series S: A small white block with a large black circle on the side. These consoles fit practically all living rooms, at least visually.

And there’s little else really exciting in the test, but that doesn’t mean Microsoft has done a bad job with its new generation of home consoles. Because both versions bring decisive improvements over their predecessors, which players will get used to in the best case after a short time.

On the one hand, there are drastically reduced waiting times. Both consoles now have fast integrated SSD storage, which should significantly reduce load times. The X series has 1 terabyte (TB) of memory, the S series has 512 gigabytes (GB), both expandable by 1 TB with an additional module available for around 240 euros.

The result of this fast memory: In the test, consoles start up faster than the connected TV, and game levels sometimes load in seconds. The “Quick Resume” function is also made possible by SSDs, which is a quick change between apps and games that remain open in the background. However, it only works with properly optimized games.

Games may also change in the future due to fast loading times, as development studios should no longer hide loading times. However, it will still take some time for games to hit the market that are truly designed for this generation and its new features.

Smooth, high-resolution visuals with the next generation of Xbox

Of course, more happened under the hood. Both consoles have the latest processors and graphics cards, although the S Series has slightly less computing power. With the new technology, the X series is expected to create an 8K display with 60 frames per second (fps), 4K (Ultra HD) even with 120 fps. But this also requires a corresponding television or screen.

Read also: No joke: Elon Musk wants to implant mini-computers in our brains >>

The S series has a maximum resolution of 1440p at 120 fps. It also doesn’t have an optical drive for 4K Bluray.

Little has changed on the controller either. The predecessor had already been celebrated by many fans as the ideal controller. The control pad has been replaced with a large round button. A share button has been added in the center, with which players can easily take screenshots and recordings. The controller continues to run on two AA batteries.

Many apps, but no exclusive games

Both consoles can also be used as a media center. Streaming apps like Netflix, Spotify, Apple TV +, Youtube, Amazon Prime or Disney + can be downloaded for free from the Microsoft Store; to use them, the corresponding subscription is obviously required.

The most important thing about the new hardware, however, is the games. And here Microsoft is taking a rather unusual route: there are no new exclusive games at the beginning. “Halo Infinite” originally announced as a launch title has been postponed to 2021.

Instead, Xbox wants to score points with the huge catalog of games from previous generations – almost all games up to the first Xbox that are already running on Xbox One should be playable on new consoles as well. Games that rely on Kinect motion control are excluded. The manufacturer lists around 580 backward compatible games on its website.

It will be optimized gradually

On the one hand, this simplifies the transition to the next generation – if you haven’t finished a game on Xbox One, you can just keep playing on Series X / S – the score comes automatically from the cloud.

On the other hand, this makes the switch – new technology aside – rather useless. Many games will only be optimized for the new generation in the coming months so that the new technology can actually be seen on the display. At launch, 30 games have been adapted for the next generation, including “Forza Horizon 4”, “Gears 5”, “Ori and the Will of the Wisps” and “Sea of ​​Thieves”.

Games labeled “Smart Delivery” can be upgraded from the Xbox One version to the new console version for free.

Another important point in Microsoft’s strategy is the Game Pass game subscription. For a monthly fee of around ten euros, subscribers have access to over 100 games.

Launch of the console at a competitive price

So is it worth buying one of these consoles to get started? It depends. Anyone who already owns one of the predecessors has hardly any advantages other than shorter load times and nicer graphics. With the S Series, which in particular costs around € 300, entry into a new generation of consoles has never been so cheap. For most gaming enthusiasts, this should be the console of choice.

If you want to get everything out of your game technically, you can invest around 500 euros in the X Series, but you also need a screen that can display it accordingly. Furthermore, thanks to the optical drive, used games can also be used here, which may justify the higher investment in the coming years.

The lack of enthusiasm for these new consoles is therefore a good reason to simply wait a little longer before buying them. On exclusive games, on more optimized content, and perhaps even on falling hardware prices. Then the true power of this new generation will really show itself.

Xbox Series X and Xbox Series S will be released worldwide on November 10th. Both consoles were loaned to dpa in advance for testing purposes.