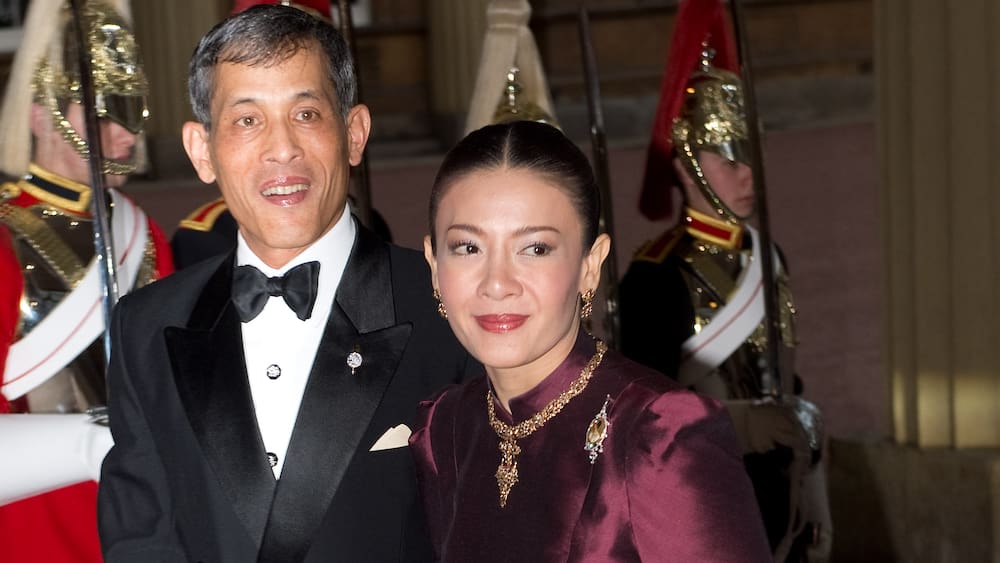 She was once a princess, then she was kicked out of the Thai royal court: Srirasmi Suwadee (48), former wife of the current Thai king Rama X (68).

Suwadee was the third wife of the Thai king. They married in 2001 and had a son together in the following years: Prince Dipangkorn Rasmijoti (15). He is the youngest of the king’s seven sons – and is therefore the alleged heir to the throne. But family happiness didn’t have to last forever, in 2014 the marriage ended.

Suwadee is under house arrest for life

The Thai king is known for his ruthless behavior. His ex-wife heard it firsthand. The reason: In 2013, his family was accused of corruption, among other things. Because of this, then Crown Prince Rama X divorced her and fired her.

Since then, Srirasmi Suwadee’s life has never been the same. She was banned from contact with her only son Dipangkorn and her parents were sent to prison. She herself is under house arrest in the southern Thai province of Ratchaburi and lives as a poor Buddhist nun. This is part of their punishment, as “Bild am Sonntag” writes.

His living conditions are precarious: he is said to live in a house with a leaking roof and an irregular power supply. There is not even a normal bathroom there, the only bathroom that is used is a corrugated iron hut with an opening in the floor. In addition, the former princess also lacks money for food. Grow your own vegetables, otherwise it depends on food donations.

Particularly serious: due to house arrest, the 48-year-old should not be allowed to leave the property until the end of her life.

“Even the loyal monarchists were shaken by the difficulties”

According to the Thai palace, however, he should have received a settlement equivalent to about 5.4 million francs.

A former employee of the palace, however, contradicts him: “Never before has a member of the court received such generous sums of money.” Furthermore, Rama X is especially cautious when it comes to financial transactions. The former employee is certain: “It was a ruse, because even the most loyal monarchists were shaken by the unease against Srirasmi”. (frk)