The EOS community fights against the "whales" that control its blockchain 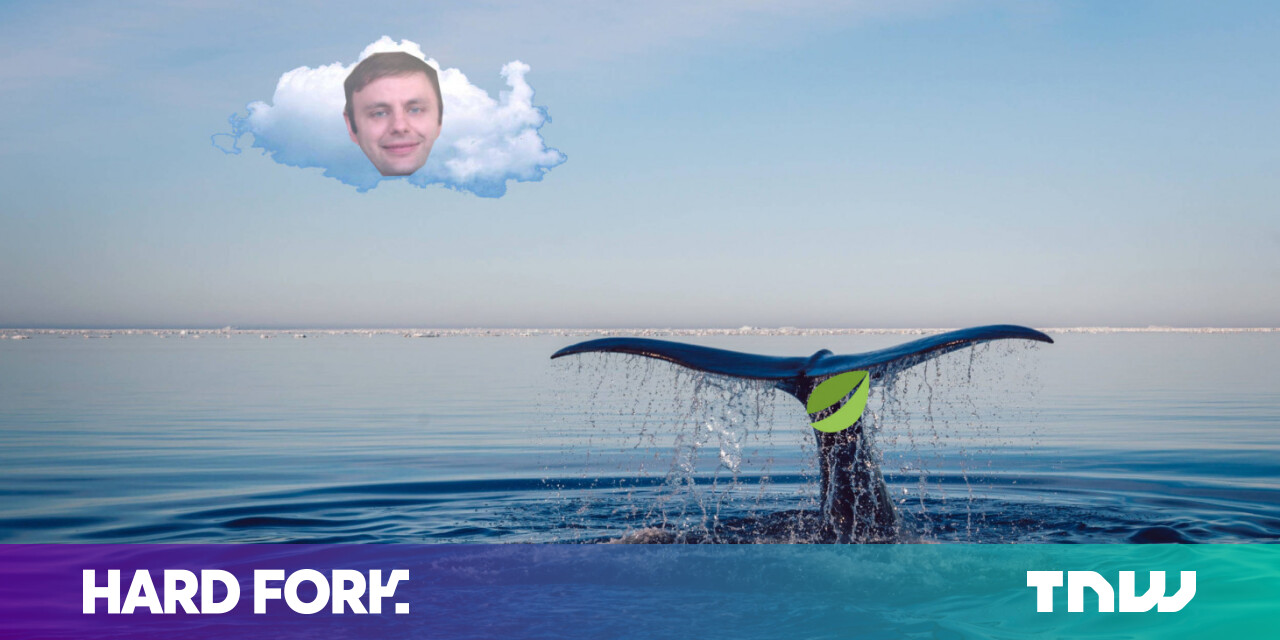 The EOS EOS community is becoming anxious that its blockchain is controlled by a select few. A petition has been drafted to introduce voting limits to protect small-token owners against the influence of whales.

EOS works on Proof-of-Stake (DPoS) delegate to determine who validates blocks on its blockchain: instead of miners, it uses so-called block producers (BPs).

The idea is that those who invest more money should have a stronger voice when it comes to making important decisions, as they have more to lose – but currently there is no limit to the amount of votes which can be controlled by one party.

"Currently, Bitfinex is voting between 10 and 40 million EOS for a maximum of another 30 BP", reads the petition. "These votes have a long [sic] way of ensuring that recipients are among the first 21."

"In most cases, the votes of Bitfinex make up between 50 [and 90 percent] of […] TOTAL VOTES OF THE BP [sic]" He continued. "For the record, I'm not absolutely anti-Bitfinex, I'm just one example: there are others [offenders too]."

What makes EOS particularly unique is its electoral system, which asks users to use their tokens as a means of selecting who should keep the blockchain. Users will block their tokens (pointing them out) and nominate candidates who think they should be trusted with the responsibility to maintain the blockchain.

The 21 candidates who receive the most votes are the elect: they produce blocks and keep things running smoothly. They are paid in EOS, along with the rest of the candidates, who are given tokens to stay on standby, if they are needed.

The petition asks EOS to introduce a limit to the amount of votes that each entity can control. This is due to the recent concerns about the influence of the bitfinex cryptocurrency brokerage firm, issuers of the controversial stagnino Tether .

Nearly a dozen Bitfinex wallets with more than three million EOS staked each one were used to vote in the first round of elections. Collectively, they were worth 40 million votes. There were only about 370 million votes in total.

Three are known as official Bitfinex portfolios. The rest was controlled by Bitfinex whales delegated to vote on his behalf. While this was happening, raised concern that Bitfinex was using EOS stored in its exchange by users who were exploited to increase their voting power. This was later denied by Bitfinex.

It is important to note that the vote is not divided among the candidates. The amount of votes of each candidate is equal to the sum of EOS that the voter has put up for grabs. In the case of Bitfinex, it currently has about 11 million tokens: if they vote for 30 candidates, all 30 will receive 11 million votes. But that number is fluid; the process of staking coins is fast and all blocked funds can be released after 72 hours.

Where it becomes interesting is that due to the huge amount of Bitfinex weight, small start-ups earn a lot. Take Genesis Mining, for example, which recently said that cloud mining is no longer profitable and has "restructuring" contracts. Because of the Bitfinex vote, Genesis Mining is making almost 300 EOS ($ 1,500) per day. Does not even produce blocks, is pending, has only enough votes to obtain a decent passive income

In fact, he had the minority of the electors of the first 100 candidates. Without the help of Bitfinex, it could have been in other financial conflicts

. These effects are exacerbated by the mechanism of " expiry of the vote of the EOS" . Simply, the votes count less if you do not take part in the elections regularly. Given that both users take into account their EOS and a general disinterest in the process, the voting power of the global network fell more than 4 percent only a few months after the launch.

To respond to requests for massive revisions to its establishment, EOS is activating a "referendum contact" that would make it possible to implement things such as voting limits.

EOS Dublin is a BP candidate eager for the new system, as it would make petitions like these obsolete.

"The main point here is that on EOS we have the ability to make changes when things can be improved," a spokesperson for the EOS in Dublin told Hard Fork. "Bitfinex has been an honest player in the community so far and has given some of its biggest token holders a way to cast votes through proxies."

"The good news is that we are weeks away from having a referendum contract so anyone in the community can submit a proposal like this and if it attracts enough support it will have passed otherwise not."

Beyond Potential conspiracies, this is certainly indicative of the influence whales have on blockchain technology. There is no doubt that most of the cryptocurrency in the world is owned by a small group – last year, only 1,000 individuals owned 40% of the Bitcoin market.

Certainly, the EOS community, by design, has influence, but if voters continue to leave and limits are not established, it will certainly vanish – all for the benefit of whales.

Update 15: 15 UTC, August 17: Hard Fork contacted EOS UK, who has since updated us with their point of view. When asked whether the current system has allowed whales like Bitfinex to create a voting monopoly, spokesman Roger Davies replied:

"[…] I am almost certain that the manipulation of the block producer vote is occurring Of course I do not have direct evidence, but we have become increasingly frustrated by […] this unnatural distribution of voters [It] suggests the collusion of whale token holders, "whaling".

If the voting limit whether or not it was resolved, Davies was not sold, he claimed that Bitfinex was both an exchanger and a block producer, it would be "practically impossible" to enforce

"No, I do not support this proposal […] because it favors bad actors that are able to simply create more wallets and distribute masses of tokens on different portfolios. "

Davies has another solution in mind: Telos, which describes it as" the most suitable proposal for improving the voting mechanism. "With Telos, if token holders vote for only one block producer, they will only vote with 1% of the tokens in their wallet – to use all their voting power, they will have to vote for the maximum, which is now 30.

"This in conjunction with the snapshot of the limited genesis in which each portfolio is limited to 40,000 tokens, seems to provide the most just mechanism to guarantee an equally distributed voting power. "