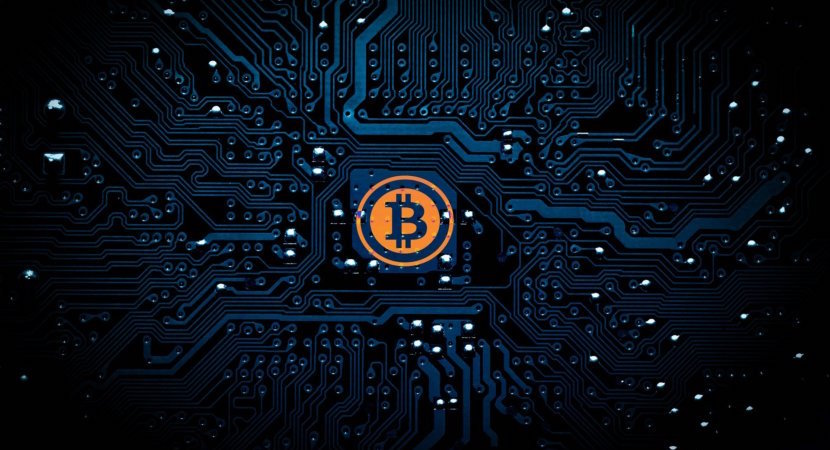 Bitcoin dropped below 5K for the first time this year: pic.twitter.com/gjgLgS4dVt

Bitcoin declined up to 14% during US trading hours, dropping just below $ 4,700 before bouncing slightly. The largest digital currency remained stable at around $ 4,862 at 10:52 in Hong Kong. The rival coins Ether and Litecoin were largely flat after both had fallen up to 16% overnight.

On Friday, the SEC announced its first civil sanctions against two cryptocurrency companies that did not register their initial money offerings as securities. Airfox and Paragon Coin Inc. will have to pay $ 250,000 in penalties to compensate investors and will also have to register their digital tokens as securities.

"The selloff is related to the application, which is almost certainly under way," said Justin Litchfield, chief technology officer at ProChain Capital. "Plans will be made to return the money of investors, who, after spending a lot of money marketing their 100 million dollar ICO in a lavish road show full of parties that was the norm for this ICO vintage, will be tough".

Read also: The financial subsoil of the internal world, with warnings about Bitcoin, Ico and Malta

The speculation that the sell-off was triggered by the SEC ruling could be exaggerated. Many of the ICOs have already emptied their wallets and probably converted their cryptocurrency into fiat, according to the researcher Elementus.

Volatility has returned to cryptocurrencies, with the biggest tokens losing billions in market value since last week's Bitcoin Cash debuted last week. This happened when two software development factions failed to agree on a way to update the offshoot of the original Bitcoin, leading to an arms race.

The cryptocurrency industry lost more than $ 670 billion in value from its January peak, according to CoinMarketCap.com data. Bitcoin is down more than 70% from the December 2017 high, data show.

PREMIUM: Bitcoin has just turned ten, but has not yet grown

Thomas J. Lee, managing partner of Fundstrat Global Advisors and a longstanding cryptotype has cut his year-end price target for Bitcoin to $ 15,000 from $ 25,000. The goal is based on a multiple fair value of 2.2 times the breakeven cost of mining, which the company sets at $ 7,000, according to a report from last week.

Bitcoin bulls might be able to take courage in some technical measures. Based on the GTI Global Strength Indicator, Bitcoin flashes exponentially for the first time since August, and its highest level of sales this year. Furthermore, it is testing its Fibonacci level of 23.6% at five years of $ 4,727 as the next support.

"It's always the suspicion that you guess the cause of short-term price movements, but it seems likely that much of what's happening now is that ICOs try to liquidate all their cryptocurrencies in cash to make it through the goods before the SEC it fell on them, "said Bram Cohen, co-founder of the Chia digital currency proposal, who is planning an initial public offering.

No End in Sight for Crypto Sell-Off as Bitcoin contracts $ 4,250

By Samuel Potter and Todd White

(Bloomberg) – The riots overwhelmed the cryptocurrency markets on Tuesday, with all the major currencies extending a route that has shaken confidence in the nascent asset class just as US regulators attempt to conclude with alleged fraud.

Bitcoin fell below $ 4,225 at a minimum of 13 months, before recovering ground. The slide helped fuel a sell-off between rival tokens Ether, Litecoin and XRP, which saw a previous loss of 17%. 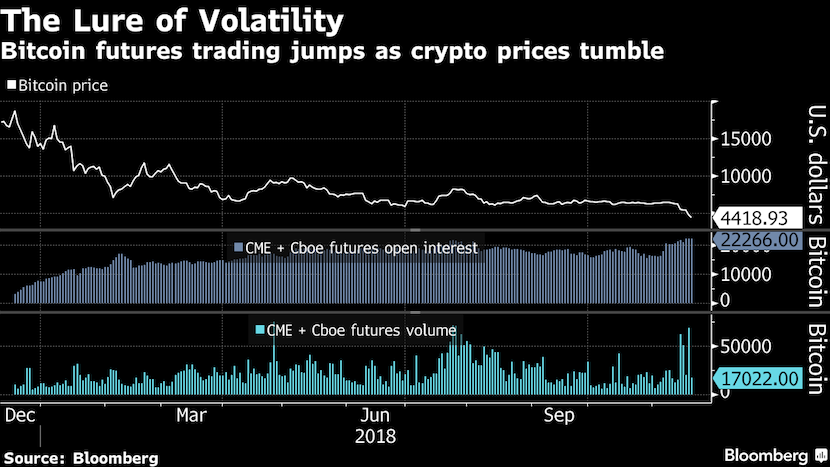 After months of enjoying relative stability, the cryptocurrency bulls were forced to falter from a sudden market crisis in November and an increase in regulatory reviews. Digital assets have lost nearly $ 700 billion in market value since crypto-mania peaked in January, according to CoinMarketCap.com. Trading on futures markets, in which investors can bet against Bitcoin, has skyrocketed.

While the trigger for the last sale is not clear, it coincided with a "fork" of Bitcoin Cash. The move, which divided the original Bitcoin offshoot into two parts, underlined the sometimes chaotic nature of a cryptic community split by internal struggles. Bitcoin, which started the year above $ 14,000, broke its plan by about $ 6,000 last week.

"If you significantly exceed a level of $ 6,000, people do not have much protection under it – and then you see a lot of stop-loss sales that exacerbate the move," said Marc Ostwald, global strategist at ADM Investor Services International in London. "It does not help that we have an environment adversely to risk, with stocks and credit under pressure".

Bitcoin, the largest digital currency, was down 7.9 percent at 7:12 in New York. Ether, Litecoin and XRP have decreased by at least 8.8%.

Regulatory concerns also weighed on sentiment. On Friday, the US Securities and Exchange Commission announced civil sanctions against two cryptocurrency companies that did not register their initial money offerings as securities. And Tuesday, Bloomberg reported that the United States Department of Justice is studying whether the last year's epic rally was partly fueled by manipulation, with traders driving Bitcoin with Tether – a popular but controversial digital token.

"The whole SEC move seemed like a nail in the coffin, and with the talk of price rejection in the market, it's getting ugly," said ADM's Ostwald. He said that the Bitcoin futures maturity approach can also give rotations to the market.

The open interest combined in Bitcoin futures on stock exchanges managed by CME Group Inc. and Cboe Global Markets Inc. rose to the equivalent of 22,266 Bitcoins on Monday, a historical high. The current CME contract is set to end the trading in 10 days. The volume of contracts, which allows institutional investors to benefit from the decline in cryptocurrencies, has jumped to its highest level since July.