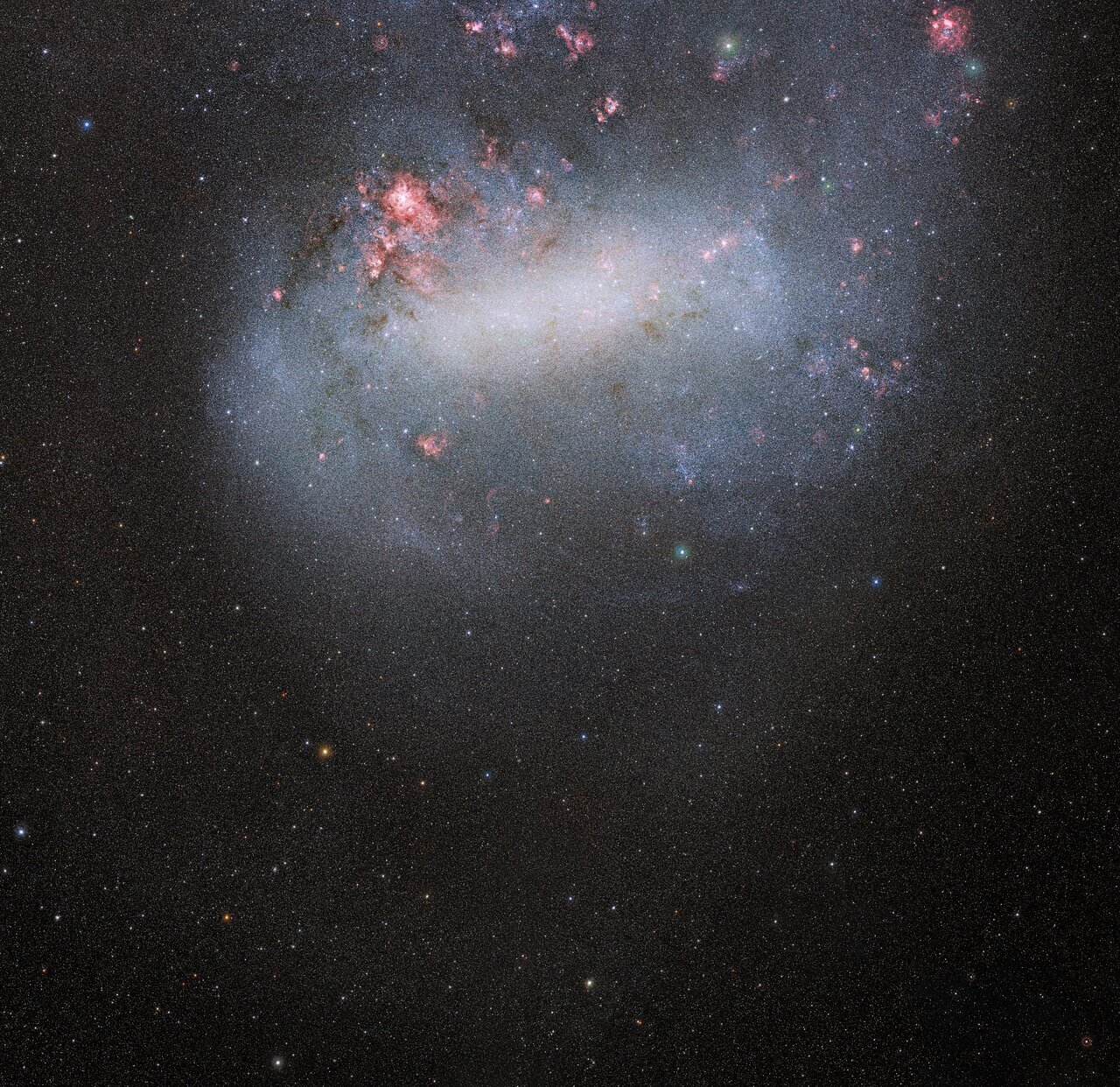 Images from the Survey of the MAgellanic Stellar History (SMASH) reveal a striking family portrait of our galactic neighbors: the Large and Small Magellanic Clouds. The images represent part of the second release of data from the deeper and more extensive investigation of the Magellanic Clouds. The observations consist of approximately 4 billion measurements of 360 million objects.

A large portrait of two astronomical galactic neighbors presents a new perspective on the eddies of stars, gas and dust that make up the nearby dwarf galaxies known as Large and Small Magellanic Clouds, a pair of satellite dwarf galaxies for our Milky Way. While this isn’t the first survey to map these close cosmic brothers, the Survey of the MAgellanic Stellar History (SMASH) is the largest survey to date.

The international team of astronomers responsible for the observations used the 520 megapixel high-performance Dark Energy Camera (DECam) on the 4-meter Víctor M. Blanco telescope at the Cerro Tololo Inter-American Observatory (CTIO) in Chile. This data is now available. for astronomers around the world through Astro Data Lab at NOIRLab’s Community Science and Data Center (CSDC). CTIO and CSDC are both NSF’s NOIRLab programs.

“To date, this is the deepest and most extensive astronomical dataset in the Magellanic Clouds, which are the closest large galaxies to us,” said David Nidever, Assistant Professor in the Department of Physics at Montana State University and Principal Investigator of the SMASH survey. “These satellite galaxies have been studied for decades, but SMASH is being used to map their structure in their full, enormous extent and help solve the mystery of their formation.”

The full SMASH survey, which includes the view shown in these images, covers an area 2,400 times larger than the full moon and required approximately 50 nights of specialized observation. This second version of data contains new data from DECam on the central and more complex regions of the Magellanic Clouds. The Large and Small Magellanic Clouds are the largest satellite galaxies in the Milky Way and, unlike the rest of the satellite galaxies, are still actively forming stars, and at a rapid rate.

Although large numbers of dwarf galaxies such as the Magellanic Clouds populate the Universe, the vast majority are too faint and distant to be studied by astronomers. Having the Large and Small Magellanic Clouds as close together offers astronomers a unique opportunity to study the formation and evolution of small galaxies, but it also presents a challenge.

Because the Magellanic Clouds are so close to the Milky Way, they span a large area of ​​the sky, making it difficult to map their full extent. DECam’s huge field of view allowed astronomers to capture details within some of the most interesting regions of these dwarf galaxies.

The SMASH team is using their own in-depth dataset to study the history of star formation in both of these galaxies. They uncovered evidence that the pair of galaxies collided with each other in the recent past and that this triggered the recent episode of intense star formation.

“These are beautiful multicolored images of the Milky Way’s closest neighboring galaxies. Thanks to the care the dedicated team has taken, they give us an extraordinary insight into the thirteen billion year history of star formation in these galaxies,” notes Glen, head of the National Science Foundation Langston program.

One of the team’s long-term goals is to use the information they have gained on the history of star formation to create a “film” of how these galaxies have evolved over time. Other topics the SMASH team hopes astronomers will explore include searching for star clusters with the help of citizen scientists and measuring the metallic content of stars in the Magellanic Clouds.

“These latest SMASH data from the central regions of the Magellanic Clouds, where most of the stars are located, are unique in depth, breadth and uniformity,” said Knut Olsen, NOIRLab scientist and co-leader of the survey. “In addition to producing amazing images, these data allow us to look into the past and reconstruct how the Magellanic Clouds formed their stars over time; with these star-forming ‘films’ we can try to understand how and why these galaxies evolved. “.

Adam Bolton, director of CSDC, explains: “As a modern astronomical research laboratory, NOIRLab provides both the observation platform for teams of scientists to conduct ambitious investigations such as SMASH, and the data science platform for the entire astronomical community. to exploit the resulting data produced for new discoveries “.

“We are only at the beginning,” comments David Nidever. “The data from the SMASH survey have the potential to revolutionize our understanding of the stars that make up the Magellanic Clouds.”

This research will be presented in the paper “The Second Data Release of the Survey of the MAgellanic Stellar History”, in Astronomical Journal.

Magellanic Clouds can be much larger than astronomers have calculated