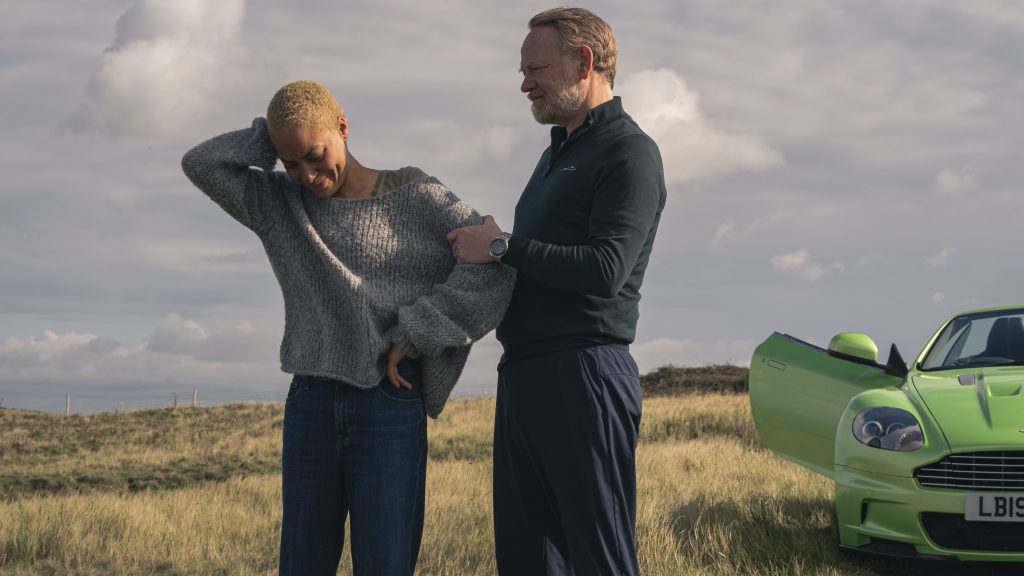 The “Beast Must Die” wraps after 5,000 Covid tests
BritBox UK’s first original drama, The beast must die, finished filming on the Isle of Wight without a break from the coronavirus. The Jared Harris and Cush Jumbo vehicle, produced by New Regency Television International and Ridley Scott’s Scott Free, conducted 5,000 Covid tests on its cast of 190 people and 700 extras over a 61-day filming period. The beast must die will premiere in 2021 and is an adaptation of Nicholas Blake’s 1938 novel of the same name, named after poet Cecil Day-Lewis, father of Daniel Day-Lewis. It tells the story of a grieving mother who infiltrates the life of the man she believes killed her son. The five-part series is written by Gaby Chiappe. Executive producers are Ed Rubin and Emma Broughton for New Regency, Marina Brackenbury and David Zucker for Scott Free, and Nathaniel Parker and Chiappe.

Netflix orders Sophie Toscan Du Plantier document series
Sophie Toscan du Plantier, a French film and television producer who was killed while in her secluded holiday home in West Cork, Ireland, just days before Christmas in 1996, will star in a three-part Netflix series. Produced by Lightbox, the documentary will bring together the contributions of his family with those of Ian Bailey, the man at the center of the investigation. My Scientology movie director John Dower is leading the project, while executive producers are Simon Chinn, Jonathan Chinn and Suzanne Lavery. Sarah Lambert produces. “As the only documentary project ever made with the blessing of Sophie’s family, we believe it is vital to correctly understand who Sophie was as a person and the events that led to her terrible fate,” said Simon Chinn.