THE BALL – “Messi was angry with me” (Barcelona) 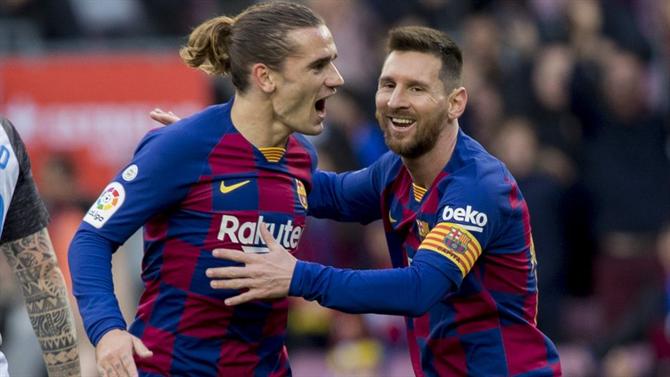 “Messi was angry with me because I refused Barcelona the first time,” said Antoine Griezmann, in an interview with the Universo Valdano program, of Jorge Valdano (Movistar channel), also a columnist for A BOLA.

“I spoke to him when I arrived and I told myself. But he also told me that he would die with me from the moment I am in the team and I notice it every day “, he added, wanting to put an end to the controversy created by the statements of his former manager, Éric Olhats, and his uncle, Emanuel Lopes. , with harsh Argentine criticism: “I have a lot of respect and admiration for Messi. I haven’t talked to my former agent since the day my marriage was lost and I don’t even have my uncle’s phone number.”