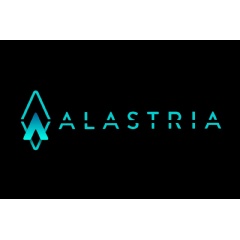 – They will launch a solution that will provide the user with a single, self-managed digital identity, in a secure and trusted environment, to simplify the automatic filling of forms to access services, among other uses.

– The project, known as Dalion, has completed concept testing and the second phase of the project begins this month, to launch the solution in May 2021.

– This initiative is open to new partners to increase their use.

Ten major Spanish companies are working together to develop a self-managed digital identity model with blockchain technology, which will bring Spain to the fore in this type of development.

The project, which includes Banco Santander, Bankia, BME, CaixaBank, Inetum, Liberbank, Línea Directa Aseguradora, Mapfre, Naturgy and Repsol, and also the Alastria consortium, will give users control over their personal data, making the identity digital self-managed by each person in a safe and reliable way a reality.

Self-managed identity allows people to have their personal data in a single digital identity, supported by the companies involved and stored on their mobile device. Users can decide who to share data with at any time in a fast, simple and secure process, in order to take advantage of any service without the need to fill in tedious forms. For example, they can use their data validated by other organizations to rent a car, take out insurance, arrange a loan, request an electric service or whatever service they want, in just a few clicks.

The creation of a self-managed digital identity provides the certainty that the information is reliable and has not been altered, thanks to blockchain technology. The challenge is to ensure that it has legal effects equivalent to the most advanced data validation and authentication processes available today.

This development will give participating companies greater efficiency and improvements in various processes, such as user registration. Furthermore, in an attempt to convey their innovative capacity to people’s lives, the project will allow participating companies to design new business models (individual and / or collective) to improve the user experience based on the potential managed digital identity.

During the now completed concept test, organizations have found that the solution works satisfactorily. The second phase of the project will start in November. The goal is to complete development within the next six months, in order to implement this solution in a real production environment in May 2021. Companies participating in this concept test see great potential for all industries.

At the moment, the demos run on one of the blockchain infrastructures of the Alastria consortium (Ethereum-Quorum). This is a pioneering development in the use of open source libraries developed by the Alastria Identity Committee. We will also work on other aspects of technical implementation and use cases in the coming months.

The project undertaken by these companies is a technological challenge that will bring Spain to the fore in terms of blockchain and identity management, a fundamental issue in digital environments for both users and businesses. The solution will also help combat fraud and identity theft attempts more efficiently.

Alastria ID, the basis of the initiative

This project is based on the Alastria digital identity model (Alastria ID). The company is the first multisectoral consortium, consisting of 600 partners including large companies, SMEs, public authorities and academic institutions, which aims to create a blockchain infrastructure based on public permissions, designed according to Spanish and EU regulations.

Alastria ID was born thanks to the collaboration of over 100 members of this consortium, not only in terms of technical and safety aspects, but also in legal terms, because Alastria leads in the design, to take into account all the main regulatory aspects, in particular those concerning the General Data Protection Regulation (GDPR).

Since the start of the first phase of the Dalion project in October 2019, this model has been analyzed from a number of different perspectives (business, security, technology, legal issues, user experience, etc.) and the necessary software components have been developed to enable organizations to offer the use of self-managed identities in their business applications.

The ten companies involved in the Dalion project have built a solution capable of guaranteeing the integrity and quality of data, preventing any duplication and errors, protecting the privacy of users because no personal data is stored in the blockchain network or in a centralized format, and prevent any traceability of the data subject’s activity on the network. The project includes observatories from public authorities such as the Alcobendas City Hall and the University of Zaragoza, among others.

The Dalion project seeks to improve traditional Single Sign-on (SSO) solutions such as Google or Facebook, on the main premise that the digital identity, made up of multiple attributes (credentials), is certified and validated by the issuers of the credentials. This means that a single solution can be used to securely use any type of service on the Internet, a process that previously required complex mechanisms specific to each company or a physical presence.

The Alastria ID identity model has been submitted to the Spanish Standardization Association (UNE) and is proceeding from a ?? de facto ?? standard to a formal standard, and has also been submitted to other international standardization bodies such as CEN / CENELEC, the European counterpart of UNE, and has also served as the inspiration for the European Commission’s self-sustaining identity initiative, ESSIF.

This news content was configured by the WebWire editors. Connection is allowed.