Study: Only 4 out of 10 people limit their daily sugar intake – Health, beauty 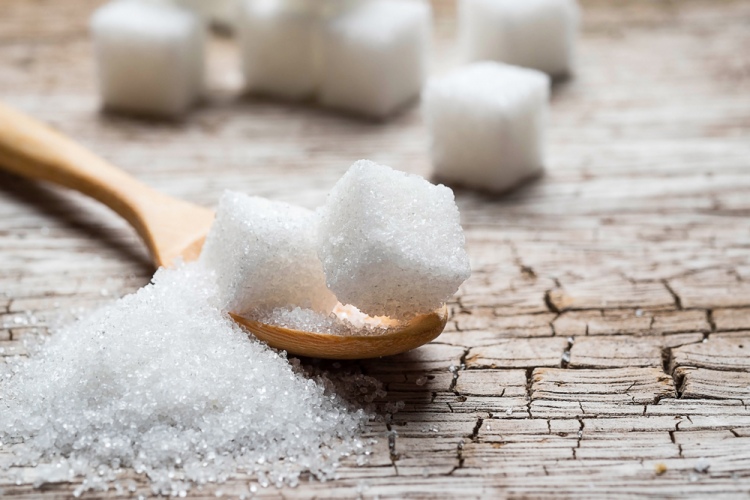 Only 40% of Latvians limit their daily sugar consumption, according to the latest study from the “My Pharmacy and Apotheka Health Index” study. It is precisely the excessive intake of sugars that is one of the risk factors for the development of type 2 diabetes, which currently affects an increasingly young population. What is the recommended daily sugar consumption and how to reduce the risk of disease, explains Mārīte Šukele, certified pharmacist of the Apotheka pharmacy network, pharmacist of the year 2020.

“For several years, November 14 has been World Diabetes Day, which aims to educate the public about diabetes, its early signs, risk factors and treatment. If you’ve ever contracted type 2 diabetes in your middle age , now sadly affecting a younger population, mainly due to a sedentary lifestyle, weight gain, poor eating habits and, yes, excessive sugar consumption. It is significant that the study data shows that young people follow the consumption sugar much less often than the elderly, “says pharmacist Mārīte Šukele.

Diabetes can cause damage to blood vessels and nerve cells

Diabetes mellitus is a chronic metabolic disease whose main symptom is high blood sugar. Glucose is the body’s main source of energy. To get energy, glucose from the blood must go to the cells – this process is taken care of by the hormone insulin, which is produced by the pancreas. If insulin is not available or not used, glucose remains in the blood. Prolonged blood sugar can cause damage to blood vessels and nerves, which can also lead to severe damage to the brain, heart, eyes, kidneys, and feet. A distinction is made between type 1 and type 2 diabetes: type 1 is characterized by a complete lack of insulin, which is not produced by the pancreas, but type 2 is characterized by reduced insulin secretion and insulin resistance ( cells become insensitive to insulin and blood glucose cannot enter). Type 1 diabetes usually occurs in childhood or adolescence, but type 2 diabetes occurs during life.

An adult needs 30 g of sugar per day, children under 6 – 19 g, but older – 24 g. Here it should be remembered that it is not just the sugar that is added to tea or cooking, but all the total sugar that is ingested throughout the day. A lot of sugar, without even realizing it, is taken with ready-made and industrially produced products. Sugar also tends to hide in products that look innocent enough, such as yogurt, juice, breakfast cereals, salad dressings, canned food, dry soups, ketchup, etc. Examination of the composition of the yogurts reveals a surprisingly large amount of sugar: 100 ml of yoghurt contains about 10 g of sugar, in addition to a cottage cheese. There is a lot of sugar in lemonades, like 100ml Coke contains 10 g of sugar, which means that by drinking only one glass of this drink, the daily norm has already been spent, so it is recommended to exclude these sugary drinks from the diet.

Lifestyle change is very important to avoid getting sick. Even if sugar levels are already high, changing habits can delay the onset of diabetes and normalize sugar levels.

# 1 Healthy Eating – Significantly restricts fast-assimilating carbohydrates, such as white bread, candy, cookies, cakes, buns, cottage cheese and other sugary snacks, as they release glucose into the blood very quickly and in large quantities, causing secretion a lot of insulin from the pancreas. in turn, the increase in insulin levels in the blood contributes to the accumulation of fat in the cells. Instead of fast sugars, it is better to choose composite carbohydrates – vegetables, legumes, whole grains and sour milk products, because they gradually break down in the intestine, so glucose enters the blood gradually. It helps to maintain a stable level of glucose in the blood, thus controlling the release of insulin. These products also create a lasting feeling of satiety and reduce appetite. Also remember the principle of a healthy dish: half of the dish consists of various vegetables (the more colorful, the better), 1/4 of proteins (eggs, fish, white meat, dairy products with reduced fat content) and fat good (olive oil, pumpkin seed oil, almonds, flax seeds, walnuts, avocado), but 1/4 healthy carbohydrates – whole grains (brown rice, oatmeal, barley, buckwheat, bulgur) and legumes (beans, peas, lentils). Attention should also be paid to the fat content, as it can affect blood sugar levels and increase insulin resistance.

# 2 Physical activity – at least five times a week to walk, run, stick, ride a bike, dance for at least 30 minutes. The greater the load on the body, the more glucose the muscle cells consume into energy, and as a result, the blood glucose levels drop. Plus, the pancreas no longer has to work so hard to produce insulin.

# 3 Maintain Normal Body Weight – Excess pounds greatly affect sugar metabolism. The more fat tissue, the more insulin must be produced for glucose from the blood to enter the cells and provide energy.

# 4 Monitor cholesterol levels and changes in blood pressure, as high sugar levels contribute to the calcification of blood vessels. The combination with high cholesterol can lead to serious diseases such as myocardial infarction and stroke.

# 5 Don’t smoke! Nicotine inhibits the action of insulin, which increases the level of glucose in the blood. Due to the high sugar levels, smoking increases the risk of many serious complications, such as poor blood flow to the legs and feet.

How often should the blood sugar level be checked?

“It is mandatory to measure blood glucose levels once a year for people between the ages of 45 and 50. Tests should be done on an empty stomach in the morning, at least eight hours after the last meal. normal blood glucose should be between 3.5 and 5.5 mmol / l, but increase over 7 mmol / l and more in diabetes. If there are risk factors, such as overweight, high cholesterol, a baby born to women of weighing more than 4.1 kg or parents with diabetes, then sugar control should be started much earlier, “warns pharmacist Mārīte Šukele.

Apotheka is one of the leading and fastest growing pharmacy chains in Latvia with over 500 employees. There are currently 113 pharmacies operating under the Apotheka brand across Latvia, including a 24-hour pharmacy in Riga, 230 Brīvības gatve and an online pharmacy. www.apotheka.lv and the Apotheka Beauty concept store.