Start to solve traceability problems in the fish industry through Blockchain 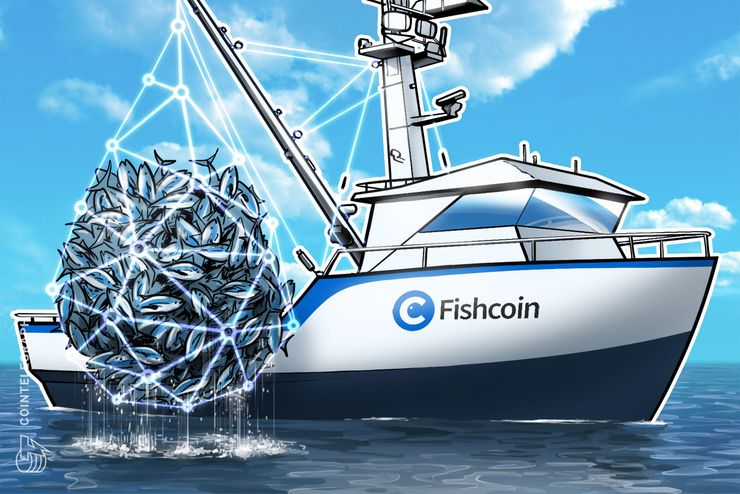 Fishcoin based blockchain startup plans to apply decentralized accounting technology (DLT) to fish supply chains, linking fishermen and fish farmers to the collection point to actors in the supply chain of fish products global, from distributors, processors, wholesalers and retailers. The company aims to apply blockchain technology to bring traceability to the fishing industry and create an ecosystem that would allow seafood producers and supply chain intermediaries to obtain rewards through microtransactions.

The startup is mainly known for its parent company, Eachmile Technologies, of which the founders have developed and launched a mobile application for fishermen called mFish. The app is designed for small fishermen and allows them to electronically record their catches, learn about best practices and receive valuable information on weather and market conditions, such as fish prices in ports.

The importance of the mFish initiative was underscored by then Secretary of State John Kerry during a keynote speech at the 2014 Our Ocean conference in Washington, DC According to the company, mFish was adopted with success from over 80% of the slightly more than 1,800 pilot fishermen, who paid mobile phone subscribers to the first pilot at the end of 2016. From 2017 onwards, Eachmile is reinventing mFish as a tool for fishermen and small-scale fish farmers scale to share data with Fishcoin's blockchain network.

"By tracing a batch of seafood to the point of capture, we can verify whether the seafood has been legally harvested, cultivated or processed referenced with data, such as the detection and identification of the ship, permission numbers [and] input / output data for mass balance assessment, "commented Jayson Berryhill, of Eachmile Technologies, in an interview with The Economist & # 39; s World Ocean Initiative.

The report of the United Nations Food and Agriculture Organization estimates that illegal, unreported and unregulated (IUU) fishing in the world's oceans weighs about 11 to 26 million tons of fish every year – worth 10-23 billion dollars. It should also be noted that about a third of world fish stocks are overfished.

To solve these problems, Fishcoin offers the idea of ​​applying traceability principles based on blockchain to the fish industry. This, according to the startup team, will help the entire ecosystem of stakeholders – including fishermen, fish farmers, fish processors, fish exporters and governments – identify, verify and reward those who adopt best practices.

Cultivating a community of developers

The Fishcoin team is also organizing the fifth annual Fishackathon, an initiative of the US State Department. Launched in 2014 around Secretary Kerry's Our Ocean conference, together with the Fishcoin team, Fishackathon promotes the development of usable solutions that tackle fisheries problems worldwide. The next event will focus on developing solutions for the acquisition and sharing of data, using open platforms and blockchain. At the start of this year, the event attracted over 3,500 participants from more than 30 countries around the world. The 2019 two-day event is scheduled to begin Ocean Day, June 8th.

The Fishcoin model creates a mechanism to reward seafood producers and supply chain intermediaries through microtransactions – with the use of Fishcoin tokens. Despite what the name might suggest, tokens are not a currency for the seafood trade, but a "mechanism to encourage the acquisition and transmission of data in various forms, starting with the key elements of the data ( KDE) caught by fishermen and fish farmers for the purpose of traceability, "reads the white paper.

The Fishcoin project is not based on a company or central entity. The project team states that Fishcoin tokens can act both as an incentive and as a mechanism for acquiring data through supply chains of fish products. The incentive mechanism is provided through the partnership with the Spécial group mobile association (GSMA) and telecommunications organizations in a number of developing countries, allowing the trading of Fishcoin tokens (FISH) for mobile top-ups during transmission time. The company claims to be the first cryptographic project to have involved the exchange of tokens for media other than legal currencies.

On 26 June 2018 Mark Kaplan, a member of the Fishcoin Core team, and Tara Norton, the managing director of sustainability of the supply chain from Business for Social Responsibility (BSR) in Europe – presented the way in which the model Fishcoin could be applicable to supply chains in other areas as a "supply chain transformation plan" at a meeting of AIM Progress members.

company website, data sharing will be incentivized via this ERC-20 compatible token. The flow of tokens will shift from buyers to sellers in supply chains, rewarding those who make further efforts to acquire and communicate data.

"This shifts the economic burden for downstream players, such as importers, wholesalers and retailers, especially in developed markets, which benefit most from traceability," reads the website.

Exclusion of liability. Cointelegraph does not endorse any content or product on this page. While we aim to provide you with all the important information we could obtain, readers should do their research before taking any action related to the company and bring full responsibility for their decisions, nor can this article be considered as an investment advice. .