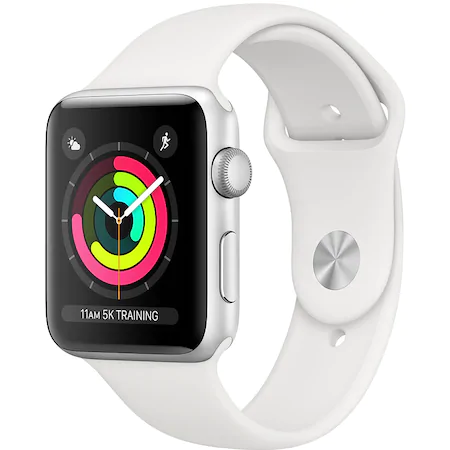 About a month ago, the American company Apple launched the Apple Watch 6, the company’s new smartwatch designed to help you access your phone more easily, but also to monitor your physical effort. Compared to its predecessor, the Apple Watch 6 is faster, brighter and cheaper and has a new sensor, while still remaining at the top of the best smartwatches.

The new smartwatch comes in two sizes, 40mm and 44mm, and can be made with a variety of materials and a variety of colors. It is designed exclusively for use with an iPhone and is not compatible with a phone with a different operating system, such as Android. The Apple Watch 6 is a great successor to the Apple Watch 5, which introduced the always-on display, which propelled it to the forefront of smartwatches, being a hard fact to follow from other brands.

In essence, the new Apple Watch 6 is the Apple Watch 5, but equipped with a new sensor for measuring the level of oxygen saturation in the blood, located on the back of the watch. It also has a slightly faster processor and is 2.5 times brighter when in “always on” mode, which is particularly visible outside in sunlight. It is also available in new colors, such as blue or red. The bracelet is also removable and can be replaced with a multitude of bracelets of various materials and colors.

The processor is S6, has 1 GB of RAM, 32 GB of internal memory, WatchOS 7 operating system and is resistant up to 50 meters underwater or 5 ATM. It has gyro sensor, HR sensor, ECG, blood oxygen sensor, light, microphone, speaker, NFC, GPS / GNSS, compass and altimeter. It has Bluetooth 5 connectivity, wi-fi, NFC, ultra broadband, but also 4G, in the case of an eSIM. The battery lasts a long time, with the screen “always on” and sleep monitoring during the night, taking up to 36 hours between charges.

And if the above reasons weren’t enough to convince the Apple Watch 6 to be a great smartwatch, Spotify has also added individual streaming support for its Apple Watch application. The feature has been tested since September and appears more than 2 years after Spotify debuted on the Apple Watch.

With this kind of standalone support, Apple Watch users can listen to music or podcasts over Wi-Fi or data, without having to keep the watch connected to the iPhone. The lack of individual streaming support has been a topic of discussion for a long time, and many users have been disappointed with its lack. It was a problem for those who wanted to run or train and wanted to leave their smartphone behind. With this new feature, however, Apple Watch users can listen to their favorite music from Spotify via Bluetooth headphones or AirPods.

However, the feature appears to be Beta for some users. This was observed by several users in America who were not part of the target group in September.

Spotify isn’t the first app to offer independent streaming support for the Apple Watch. In addition to its own application, Apple Music, Pandora began offering this type of standalone streaming feature in February 2020. However, Spotify was able to launch this feature before YouTube. They just launched the YouTube Music app for Apple Watch in mid-October.

The Spotify feature will be available globally, for watches from Series 3 onwards, with the WatchOS 6 operating system and above, ideally being the WatchOS 7 operating system, which also needs a wi-fi or mobile data connection. It is a long awaited feature that will delight many people who want to listen to music at any time of the day.