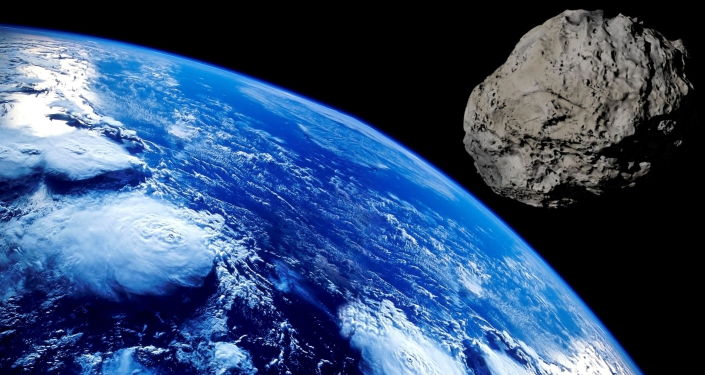 The celestial body was first sighted in 2004 by astronomers at the Kitt Peak National Observatory, located in the United States. At the time, scientists predicted that there was a 2.7% chance that the asteroid would collide with Earth in 2036, which was later disproved by astronomers. Then came 2020 with new data …

Scientists say there is a possibility that the asteroid monster (99942) Apophis will collide with Earth. The statement was recently released at an American Astronomical Society conference. David Tholen, an astronomer at the University of Hawaii, said data provided by the Subaru telescope revealed that Apophis, named after the Egyptian god of chaos, was showing signs of Yarkovsky’s acceleration, which scientists say potentially puts the celestial body into collision course with our planet in 2068.

Whether or not humanity is doomed to encounter the massive asteroid, which is bigger than the Eiffel Tower, astronomers will be able to say for sure on Friday the 13th (what a coincidence) 2029, when Apophis dart past our planet. at a very close range. According to David Tholen, the asteroid will be visible to the naked eye on this date, flying closer to Earth than some satellites.

After this rendezvous, astronomers will be able to predict the distance the asteroid will approach us in 2068.

“We will know later that exactly where it was when it passed Earth will occur, and this will make it much easier for us to predict your impact scenarios. If it passes at the right distance from Earth, the gravitational pull of the Earth will change the orbit that enough to make it go back and hit the Earth [2068]”David Tholen said.

NASA had previously said that even if the asteroid survives its journey through Earth’s atmosphere and remains intact as it falls to the planet’s surface, it would cause significant localized damage. However, the space agency stressed that the damage would not be enough to cause a natural disaster.