Scientists discover a bizarre hell planet where it rains, rocks and oceans are made of lava 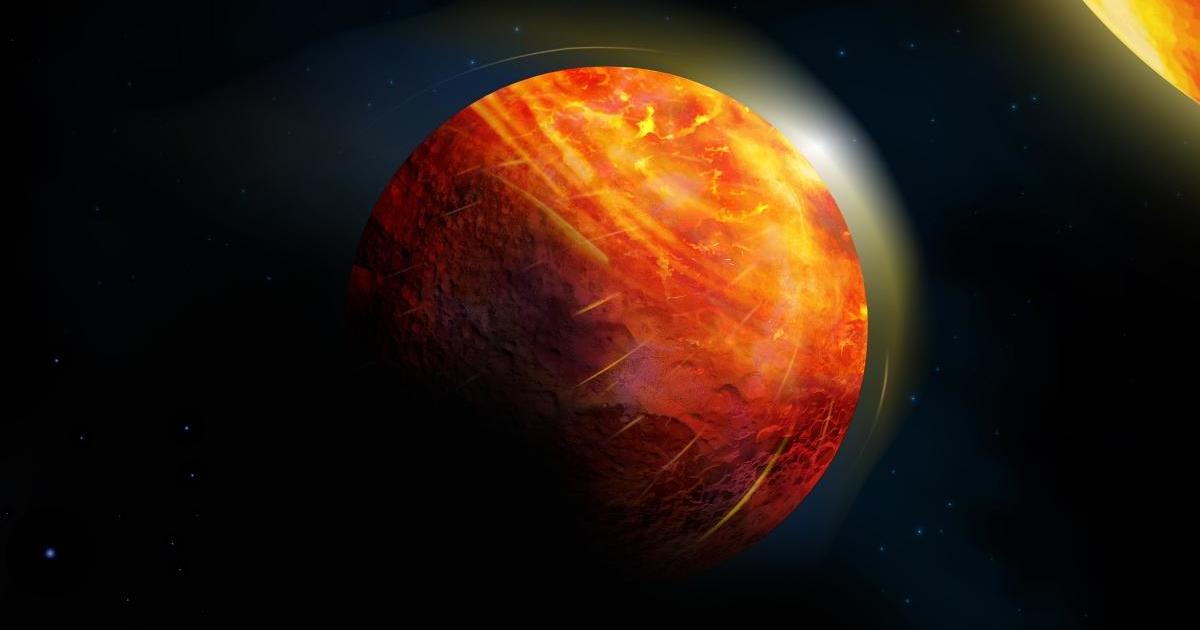 If you thought living on Earth in 2020 was comparable to hell, planet K2-141b is here to prove you wrong.

On the hot planet, hundreds of light years away, the oceans are made of molten lava, the winds reach supersonic speeds, and the rain is made up of rocks. Scientists have referred to the bizarre, hellish exoplanet as one of the most “extreme” ever discovered.

According to a new study published in the Royal Astronomical Society’s Monthly Notice, scientists from McGill University, York University and the Indian Institute of Science Education have uncovered the details of one of the most recent “lava planets,” a world that orbits so as to near its host star which is largely composed of flowing lava oceans.

Scientists found that K2-141b’s atmosphere and weather cycle are particularly bizarre. The Earth-sized exoplanet it seems to have a surface, an ocean and an atmosphere all made of the same ingredients: rocks.

“The study is the first to make predictions about K2-141b weather conditions that can be detected from hundreds of light years away with next-generation telescopes like the James Webb Space Telescope,” lead author Giang Nguyen said in a report. press release this week.

By analyzing the planet’s illumination pattern, scientists found that about two-thirds of the planet experiences perpetual daylight. The proximity of K2-141b to its star gravitationally locks it in place, which means that the same side is always facing the star.

This red-hot part of the planet reaches temperatures of over 5,400 degrees Fahrenheit. It is warm enough not only to melt the rocks, but also to vaporize them, creating a subtle and inhospitable atmosphere.

“Our discovery probably means that the atmosphere extends a little beyond the magma ocean shore, making it easier to spot with space telescopes,” said co-author Nicolas Cowan.

The rest of the planet is shrouded in endless darkness, reaching frigid temperatures of negative 328 degrees Fahrenheit.

In the Earth’s water cycle, water evaporates, rises into the atmosphere, condenses and returns to the surface in the form of rain. Now imagine that process, but instead of water, K2-141b has only rocks to work with.

The sodium, silicon monoxide and silicon dioxide on K2-141b evaporate into mineral vapor, which is carried to the dark side of the planet by supersonic winds raging at over 3,100 miles per hour. From there, the rocks “rain” back down into the 60-mile deep ocean of magma, which flows to the positive side to restart the cycle.

However, this cycle is not as stable as the one on Earth, the scientists said. The ocean’s flow of magma from the night to the day side is slower: researchers predict that the mineral composition will change over time, eventually altering the planet’s surface and atmosphere.

“All the rocky planets, including Earth, started out as melted worlds but then quickly cooled and solidified. The lava planets give us a rare glimpse at this stage of planetary evolution,” Cowan said.