Samsung One UI 3.0: Control everything that changes with the new interface on Android 11

Samsung is already launching the beta version of One UI 3.0 for some devices, such as the Galaxy S20 line, which recently received the fourth beta of the system. Check now what the main changes are and which phones should receive this update for One UI 3.0.

You can already check out some new features thanks to the One UI 3.0 beta with Android 11 already released by Samsung, however it is only available in the US and South Korea, reaching China, Germany, India, Poland and the UK in the coming weeks when the open beta will be released from South Korea.

All the features mentioned here have been found by the Android Police, who already have access to the update and can test them for themselves. We will mention them by area, although sadly the site hasn’t provided screenshots yet, but if you want to see what changes have been made in relation to One UI 2 follow our specific story for it here.

One of the first new features on the lock screen are multiple categories in Dynamic Lock, where you can select more than one to use, as well as insert improved widgets in it, such as Digital Wellness, which allows you to check how long you’ve been using your phone without having to unlock it. The lock screen and Always On Display widgets have also been improved.

On the home screen, now just touch and hold an application to add a widget related to it, as well as lock the phone by double-tapping an empty space.

The notification panel has also received improvements, it now has categories for separate notifications and messages just like on Android 11 of Google’s Pixel phones.

Another area that has changed has been the settings, which have been rearranged with adjustments for the Samsung keyboard built into them. Also, it is now easier to access the accessibility settings.

Speaking of accessibility, sound detectors are now integrated with SmartThings to facilitate the use of these devices by the blind.

Bixby routines have now become more intuitive, allowing you to see what changes when they are disabled and now allowing you to create your own automation based on various actions like locations, WiFi networks, and more.

Finally, you can still customize the icon for the created routine and pin it to the lock screen for easy access and use text messages and calls on devices connected by Bixby routines.

These system applications have received some improvements such as a trash can to recover accidentally deleted messages, the customization of the call screen, the easy deletion of duplicate contacts, the improved display of calendar events and full screen alerts.

The camera app now offers improved autofocus, exposure and usability, and better stabilization when taking photos of the Moon at high zoom levels.

Another interesting point is that you can now restore the edited photos to their original state in the gallery.

The Samsung browser now also has new features, including:

Finally, it is still important to remember that Digital Welfare is much more integrated into the system, this means that it is possible to add users to the resource, to separately monitor the use of the telephone during work and leisure, as well as showing detailed reports on how you spent your time. 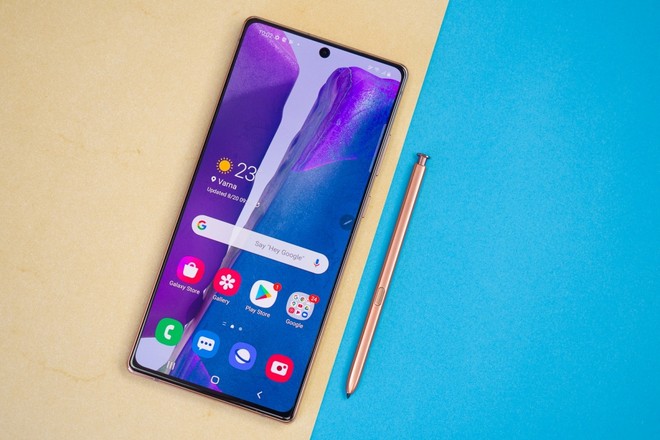 The beta program is currently only available for the following devices:

The One UI 3.0 does not yet have a definitive list of compatible devices for the stable version, we have only confirmed the devices of the S and Note line that are already being tested, but previously a list with several Samsung phones of the Galaxy M line. e A has been released unofficially, which may serve to give you at least some hope (or not) of the update for your mobile, which should start arriving in December for users of the latest top line. Samsung.

To participate in the One UI 3.0 open test program, simply register through the Samsung Members app, but remember that seats are limited and depend on availability by country, so Brazilian users cannot participate yet, at least not yet.