Russia is struggling to cope with a new infection record. Famous ice skating rink, turned into COVID hospital in Moscow – News from sources 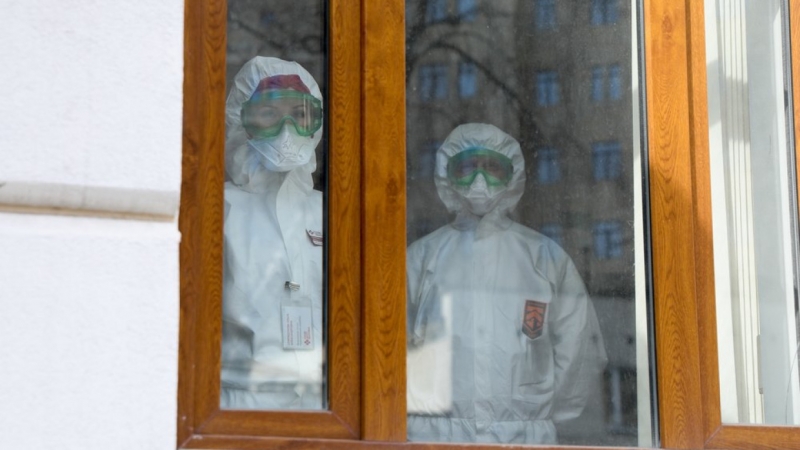 Russia on Monday reported a record of 22,778 infections with the new coronavirus, as authorities sought to reduce pressure on the medical system, even turning a Moscow ice rink into a temporary hospital for COVID-19 patients, he said. Reuters reported.

Read also: CTP, reaction to the viral letter by Mircea Dinescu: I’m tired of so much disgust and human misery

Amid the growing cases of COVID-19, the authorities of the country’s 145 million inhabitants have begun opening temporary clinics and turning hospitals into centers for treating COVID-19 patients.

In Moscow, the Krylatskoe Ice Palace, known for hosting international speed skating competitions, has been transformed into a temporary hospital for those infected with the new coronavirus, which opened its doors last month.

Although they benefit from better resources than other regions, Moscow authorities are under intense pressure after 6,360 new cases were reported in the capital on Monday.

Over 1,300 hospital beds equipped with oxygen cylinders currently cover the speed skating rink of the former rink, with a length of 400 meters. The unit now employs over 100 doctors and nurses.

“Only its design differentiates it from a normal hospital,” chief medical officer Andrei Shkoda told Reuters.

The former arena is equipped with all the necessary equipment to diagnose and treat the disease, including a CT scanner, and currently treats around 600 people, between 60 and 80 patients hospitalized and discharged every day.

Despite the recent rise in infections, Russian authorities have resisted a national blockade as they did earlier this year, stressing the importance of maintaining hygiene, social distance and the imposition of specific measures in some regions. .

Authorities in neighboring Siberian Buryatia, Mongolia, closed restaurants, shopping malls, bars and public buildings for two weeks in an effort to stop the spread of the virus.

The region, which has recorded 271 new cases in the past 24 hours, is the first in Russia to impose severe restrictions in response to the second wave of the pandemic.

With 1,948,603 infections since the start of the pandemic, Russia currently ranks fifth in the list of countries with the highest contamination, after the United States, India, Brazil and France.

In the past 24 hours, Russian authorities have reported 303 deaths associated with the new coronavirus, bringing the total number of victims of the pandemic to 33,489.