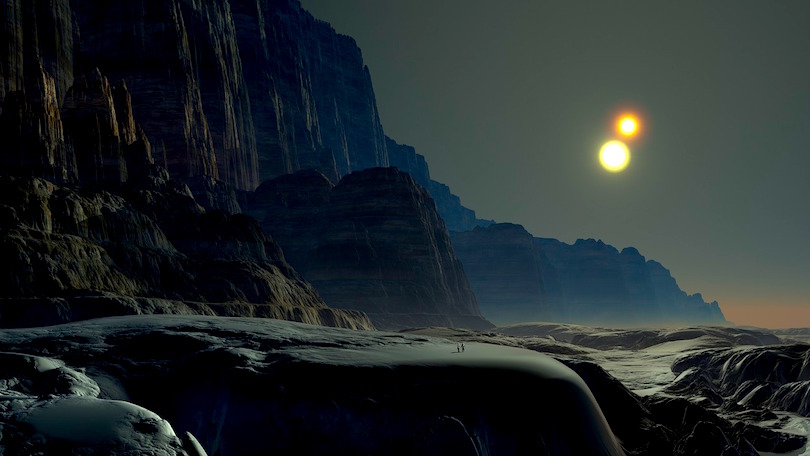 Stellar Lumens and Ripple are two cryptocurrencies that are constantly compared as they were both created by the same person: Jed McCaleb. Therefore, there are some obvious similarities.

Firstly, both digital currencies seem to have very similar functionality and have their operations based on the processing of underlying payments and on native resources. While these similarities are present, there are also a number of distinct properties that differentiate cryptocurrencies.

Ripple was released in 2012 with the goal of a blockchain-based global settlement. This digital currency serves as a means to transfer money internationally such as Western Union and Moneygram. Stellar, on the other hand, was founded in 2014 after Jed McCaleb left his position as Ripple CTO.

McCaleb had ideas at the time when the Ripple board refused to approve. One of these ideas was a tribute to Facebook, which was eventually realized with Stellar and turned out to be a disaster. The Stellar Development Foundation was also founded when McCaleb started working full time on the platform.

Because of its foundation story, it is often said that Stellar Lumens was released as a fork of Ripple and still functions as the previous platform. This is not true to some degree because both cryptocurrencies work using different codes. Stellar was initially a fork of Ripple, but in the end, a new code was developed shortly after its launch, and continues to use the new code.

There is also some rivalry between Stellar and Ripple, partly because of Stellar's claim that it is an improvement of the existing Ripple code. At present, Ripple has made a name for itself in the banking sector, as a way to easily facilitate the transfer of the fiat between users. Stellar in its own right has also obtained its place as a means of transferring resources.

Ripple is a for-profit RTL (Real Time Gross Settlement) system, as well as a currency transfer network. Its digital asset is known as XRP and can be used as a store of value to facilitate payments. XRP is also the third largest cryptocurrency with a market capitalization of over $ 13.5 billion. Its price is currently valued at around $ 0.34 for XRP.

The Ripple platform connects banks, exchanges, businesses and payment platforms through RippleNet. Currently, there are over 100 banks in the company's portfolio, including Bank of America, and the number continues to increase.

While Stellar is also a payment platform, it is supported by the Stellar Development Foundation (SFD) which is a non-profit organization. It is the sixth largest cryptocurrency with a market capitalization of over $ 4.2 billion. Stellar's digital resource is known as Lumen or XLM.

The altruistic cause of the foundation contrasts significantly with Ripple's more ambitious one. According to the foundation, the token aims to allow users in underdeveloped countries without bank accounts to access money transfers, which can help fight poverty and promote financial inclusion.

To support their heavy goal, Stellar managed to organize real-time payments between the Philippines and Europe. The foundation is also trying to bring the same process to various African countries. Stellar works on completely open source code that can be redistributed or modified by anyone.

The corporate culture of both platforms is also in sharp contrast with one another. Ripple has a team of about 200 people and raised funds for almost $ 100 million. Stellar operates conservatively, working with a small group of about 20-30 experts. Where Ripple invests heavily in marketing, Stellar is interested in investing in third-party developers.

Stellar announced its partnership with IBM in 2017, which aims to connect several banks and facilitate their transactions using XLM. In November of the same year, Ripple and American Express also signed a partnership agreement with the goal of creating a payment channel between the United States and the United Kingdom.

Ripple uses a consensus on demonstrating correctness to validate its transactions. It is managed by a public database shared by others. This database consists of an independent network of servers, each charged with validating its transactions.

Servers can be owned by any user, including banks. The XRP is not extracted as other cryptocurrencies because the total offer of 100 billion has already been extracted. However, only a small amount is regularly released to control circulation.

Ripple currently facilitates the exchange of any type of currency, including USD and gold. According to the platform, it eliminates the commissions and slow transaction speeds of the traditional banking system and even of cryptocurrency exchanges. Although it is a decentralized platform, it is not decentralized like Stellar.

This is due, in part, to a controversy in 2015 when Jed McCaleb's XRP funds were frozen. The problem showed that Ripple had centralized control over the accounts and the power to manipulate these accounts to a certain extent. The company, however, refuted these claims and affirmed its decentralization.

Although Stellar is not currently a fork of Ripple, it initially had a forked code base known as "Stellard". While it is still running, Stellar has moved to a new code base called a stellar core running the Stellar Consensus Protocol (SCP). This protocol was created by David Mazières, chief scientist of Stellar.org and is not backward compatible with Stellard. The SCP allows the system to reach consensus without being closed and is the first of its kind, offering security, decentralization and flexibility, among other things.

Stellar is in many ways different from Stellard, a direct copy of Ripple. First of all, the SCP algorithm uses a method of validating security testing and claims to be safe against a specific model of error. SCP also allows freedom when it comes to node configuration and can withstand and tolerate situations where the damaged nodes are located.

These are many other protocol differences between the technical systems of both cryptocurrencies:

Both Stellar and Ripple have visible similarities without microanalysis. However, they also have a wide variety of differences between them. In addition to technicalities, both platforms have different objectives. Stellar has proven to be more inclined towards charity and stability, providing solutions for poor and inaccessible nations.

Ripple, on the other hand, is more focused on financial institutions and focuses on banks. The platform is actively working on creating a solid network of banks to solve various payment transfer problems. His investment in marketing has also paid off because "Ripple" has become almost a household name.

While these obvious differences and history divide these platforms and put them in competition with one another, both continue to work towards innovation. Both solve essential problems and contribute to the crypto-ecosystem.

This article was originally published on Mintdice.com and is published with permission.

Disclaimer: Opinions expressed in The Daily Hodl are not investment advice. Investors should do their due diligence before making high-risk investments in Bitcoin or cryptocurrency. Your transfers and exchanges are at your risk. Any losses you could sustain are your responsibility. Keep in mind that The Daily Hodl participates in affiliate marketing.