psychiatric disorders and sequelae in many patients several months after infection 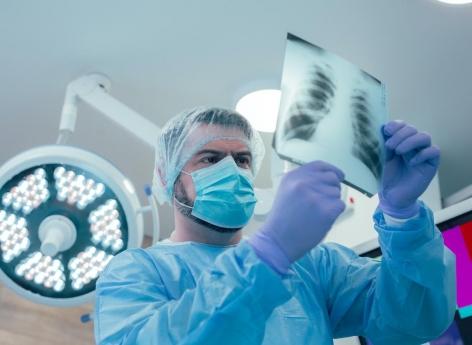 The long-term effects of a Covid-19 infection are slowly emerging. Two new studies shed light on the psychiatric consequences and consequences caused by the virus. The first, published on November 9 in The Lancet Psychiatry, reveals that one in five patients developed a psychiatric disorder within three months of being infected. The second, produced by the pulmonology service of the University Hospital of Toulouse suggests that between 30 and 40% of severely affected patients retained sequelae four months after contamination.

An infection is not trivial

The study conducted on the psychiatric consequences of an infection shows that the coronavirus detaches itself from other viruses. “The the risks of anxiety disorders, insomnia and even dementia are therefore higher in case of coronavirus, confirms Jimmy Mohamed, doctor, in Europe 1. It is therefore a virus like no other, requiring greater vigilance..“By studying 62,354 infected patients in the United States, British researchers from the University of Oxford revealed that a in five coronavirus patients they developed a psychiatric disorder within three months of infection.

Researchers from the University Hospital of Toulouse suggest that after 4 months, between 30 and 40% of patients severely affected during the first wave have retained sequelae. To achieve these results, they followed 80 patients with a severe form, requiring intensive care or entering the intensive care unit in March and April. “Four months later, they describe persistent asthenia [grosse fatigue]still have cough or chest pressure, Alain Didier explains, head of the respiratory tract pole, 20 minutes. In 30-40% of cases we could observe an anomaly on the scanner, with the persistence of an opacity, a fibrous aspect without knowing if for the moment it is reversible or not. “

The researchers carried out further tests on these patients to see what the sequelae correspond to. For those with visible physical sequelae “resembles the interstitial lung diseases we know, such as fibrosis, which are quite rare diseases, which are not due to a virus but to the environment or genetics“, Alain Didier continues.