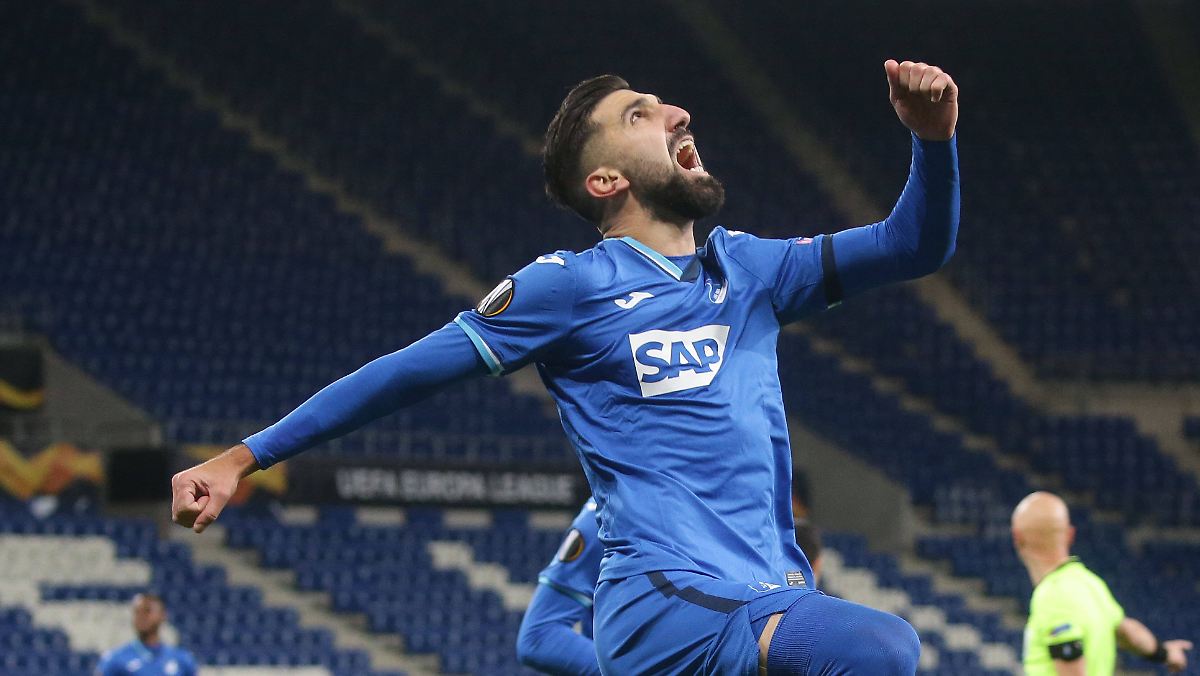 With a clear win against Slovan Liberec, TSG 1899 Hoffenheim are in the running for the round of 16 of the Europa League. Guests from the Czech Republic can only use five players from the regular lineup due to the crown and don’t have the slightest chance.

TSG 1899 Hoffenheim scored their next Europa League victory against pitiful FC Slovan Liberec. Coach Sebastian Hoeneß’s team finished 5-0 (2-0) against the three-time Czech champions on Thursday evening. Due to the crown, the guests were missing 15 players.

In the empty stadium in Sinsheim, Munas Dabbur (22nd / 29th minute), Florian Grillitsch (59th) and Sargis Adamyan (71th / 76th) achieved their third success in the third match of the group. Kraichgauer have expanded their lead in the standings and continue to aim for the first round knockout. Previously, TSG, without a Bundesliga win in four games, had won 2-0 against Roter Stern Belgrade and 4-1 at KAA Gent.

Liberec was put under pressure from the start and suffered the next blow to the neck a week after Belgrade’s 1: 5. The North Bohemian team did not have a single chance in the one-sided match. Slovan could only use five regular training professionals. Since the supervisors are also in quarantine, coach Pavel Hoftych was sitting rather alone on his bench. Games in the Czech Republic, which was particularly hard hit by the pandemic, have been suspended since mid-October.

The Hoffenheim team had to compete in the sixth competitive match in a row without goalscorers Andrej Kramaric, Kasim Adams and Pavel Kaderabek, who are expected to be carefully rebuilt after their quarantine. In the defensive phase upset by numerous failures, Hoeneß relied on 18-year-old Dutch Melyro Bogarde alongside veteran Kevin Vogt. But the home team didn’t have to worry about defensive work. Dabbur scored 1-0 after a single play. With a sharp free kick from Robert Skov, the Israeli was still on the ball and climbed 2-0. Three days after the 1: 3 against Union Berlin in the everyday league, Hoffenheim had an easy match, even though they didn’t do enough of their superiority and the Czechs defended themselves bravely.

Grillitsch, who was spared a time, scored the 3-0 with a long-range shot and deceived 19-year-old goalkeeper Lukas Hasalik, currently number three at Liberec’s goal. Joker Adamyan was therefore able to look forward to two goals. The next challenge for Hoffenheim is on November 26 in Liberec.