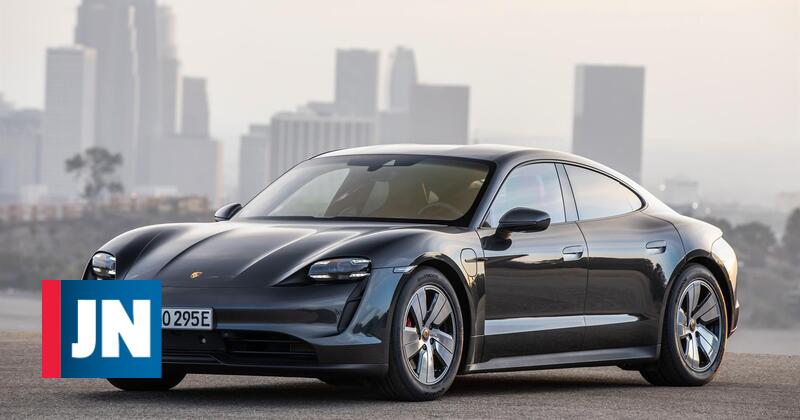 Northern Portugal is the region of the Iberian Peninsula that sells the most electrified Porsches (hybrid and electric). Primarily responsible for the increase in sales is the Taycan, the electric sports car that has now been unveiled to the press in Porto.

Sales of the Taycan, however, started in February and the brand expects to reach the end of the year with 230 units sold, which could reach 300. A performance that helps explain the fact that the German brand has grown this year 32 %, when the domestic market retreated by 42%.

“The increase is largely due to the Taycan and the so-called presale. That is, customers who ordered the car before the pandemic was declared. We expect a new entry-level version in January, which should cost less than 100,000 euros. and within six months, the Taycan Cross Turismo should hit the market [com maior altura a solo e mais espaço interior]”said Nuno do Carmo Costa, Porsche’s marketing and public relations director in Portugal.

Porto and Braga at the top
The Centro Porsche Porto and Braga concessions are Taycan’s bestsellers in the Iberian Peninsula and together they sell more than dealers in Madrid and Barcelona.

63 units have already been delivered this year, another 30 have already been sold and should be delivered within the next month. “We believe we can sell another 20 by the end of the year,” revealed Hugo Ribeiro da Silva, manager of those concessions.

The bet on trams has also led them to be the first in the Iberian Peninsula to have Porsche compressors, with an investment of 500 thousand euros, and where they can charge the Taycan’s battery up to 80% in just 13 minutes.

Bet on electrified
Sales of electric or hybrid Porsche have followed the market trend, rising from 4% in 2016 to 33% last year and are expected to continue to grow.

As for Taycan’s customers, the official pointed out that half were already customers of the brand. “The rest came with this electric dynamics. They were people who wanted to have a Porsche, but they had other environmental concerns,” he said.

The standard battery has a total capacity of 79.2 kWh and the optionally available Performance Plus battery 93.4 kWh.

The top version of the Taycan, Turbo S, generates up to 560 kW (761 hp) of overboost power in combination with Launch Control, and the Taycan Turbo reaches up to 500 kW (680 hp).

The Turbo S accelerates from zero to 100km / h in 2.8 seconds, while the Taycan Turbo takes 3.2 seconds, with both versions all-wheel drive. Ranges range from 412 to 450 kilometers, respectively, and the top speed of both four-wheel drive models is 260 km / h.

The Taycan is the first production vehicle with a voltage of 800 volts, instead of the usual 400 volts, which allows, in just five minutes, to recharge the battery for a range of up to 100 kilometers via direct current (DC) from stations. high-power mains charging.