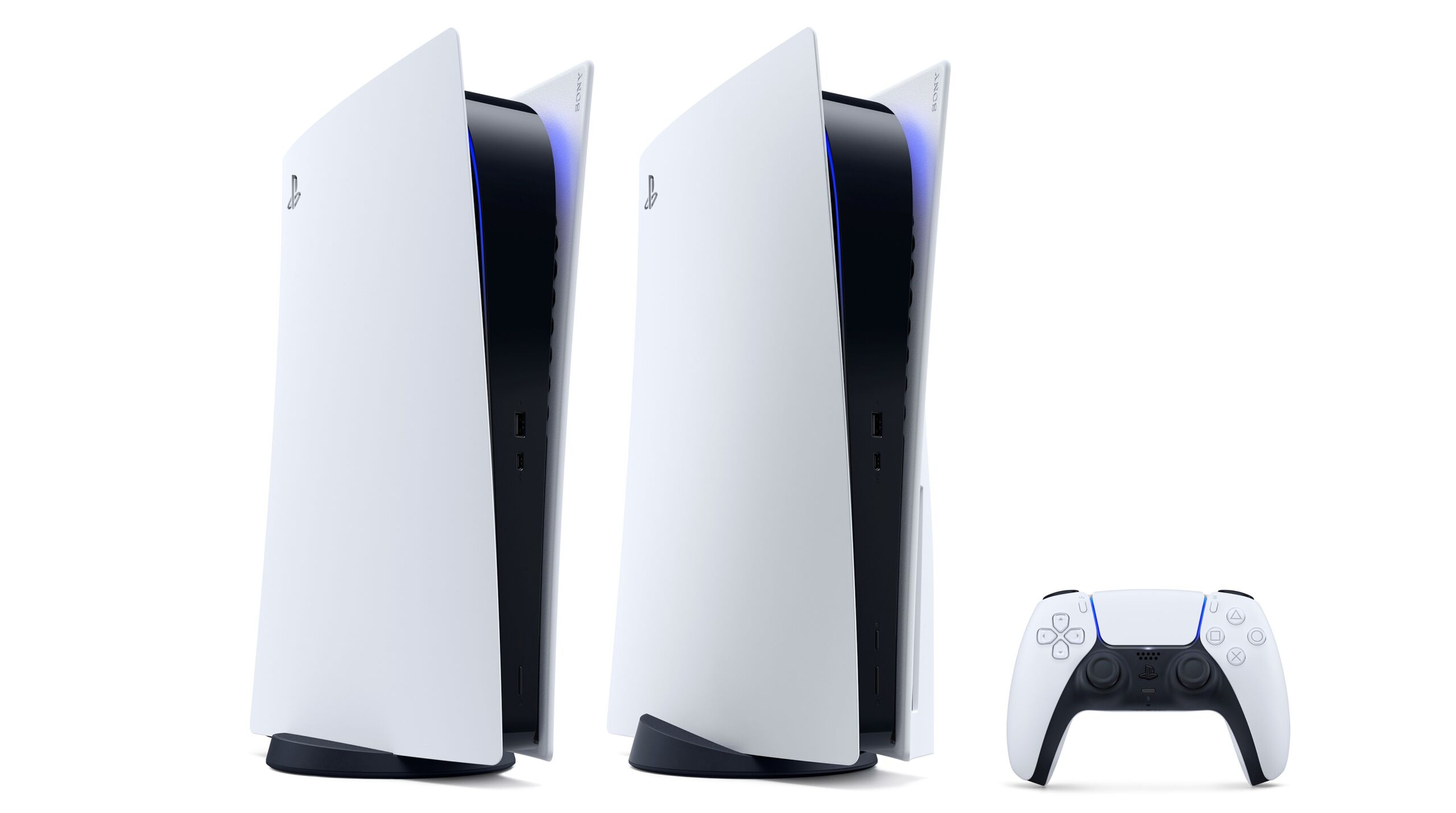 I can say that I have tried all the PlayStation models that have been created by Sony engineers. From 1 to 5, passing through various discounts such as PS ONE or PS Vita. I also tried the xperia Play, the smartphone that would have been a portable console that also made calls.

In all this time the evolution from model to model has been noted. The main aspect in which this revolution was most evident was, of course, the quality of the graphics which is the most visible aspect. The exterior design has also changed a lot from generation to generation and the console has grown in size to accommodate more components and larger cooling systems needed to cool them, which were getting faster, so they need to dissipate more heat.

But there was one component that has changed little over the years: the command. PlayStation controllers lost the wired connection from PlayStation 2 to PlayStation 3 and got vibration functionality, but they were essentially the same controllers that Sony launched in the 1990s.

By 2020, with the democratization of 4K and technologies like ray trace, it is time to launch a new generation of consoles.

This increase in size is mainly due to the fact that the AMD APU needs a sufficiently large heat dissipation system to be able to drive away the heat generated by the components in higher load situations, without the fan running at maximum, which would make the console is very noisy. 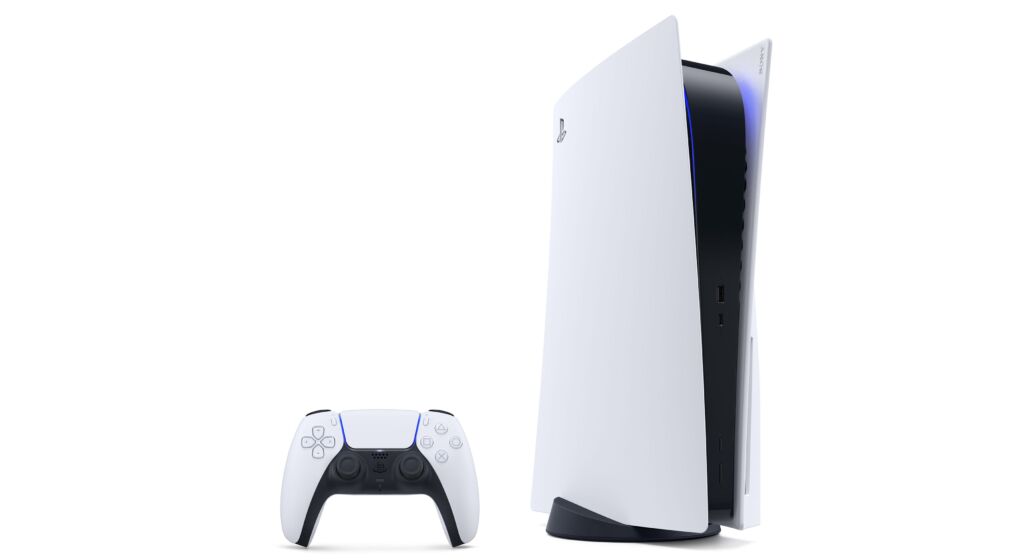 As you have already seen, the PlayStation 5 has two white side panels and a black piece between them. The white pieces can be easily removed for cleaning and to install an m.2 SSD, to increase the space available for next-generation games. But there we are.

The black part includes a lighting system similar to that of the PS4 that turns on during operation and turns yellow when the console is in standby.

At the front there is a USB 3.1 Type-C port and a USB 2.0 Type-A port, which, as in previous versions, allows, among other things, to charge the battery of the controls. On the back are the wired gigabit network inputs, one HDMI 2.1, two USB 3.1 Type-A and the input for power. As for wireless connections, PlayStation 5 includes Bluetooth 5.1 and the ability to connect to wireless networks up to the 802.11x standard.

Besides the big external change on the console, one of the things that changed the most on the PlayStation 5 was the controller. The new DualSense remote control, which although it can be seen as an evolution of the previous models, is, in reality, a totally new remote control. The sides are larger and curved (unlike the previous ones, which were straighter) and are substantially heavier.

The buttons with the traditional triangle, square, x and ball and arrow buttons are the same size, but now have a different finish and have a firmer touch than those of the previous commands. Finally, triggers have a new internal mechanism, which allows programmers to vary the force users must use to use them, in order to mimic various types of use.

The button with the touch sensitive surface at the top is slightly larger and the LED, instead of being in front, between the triggers, is on the sides of this button, making it more visible to the user. 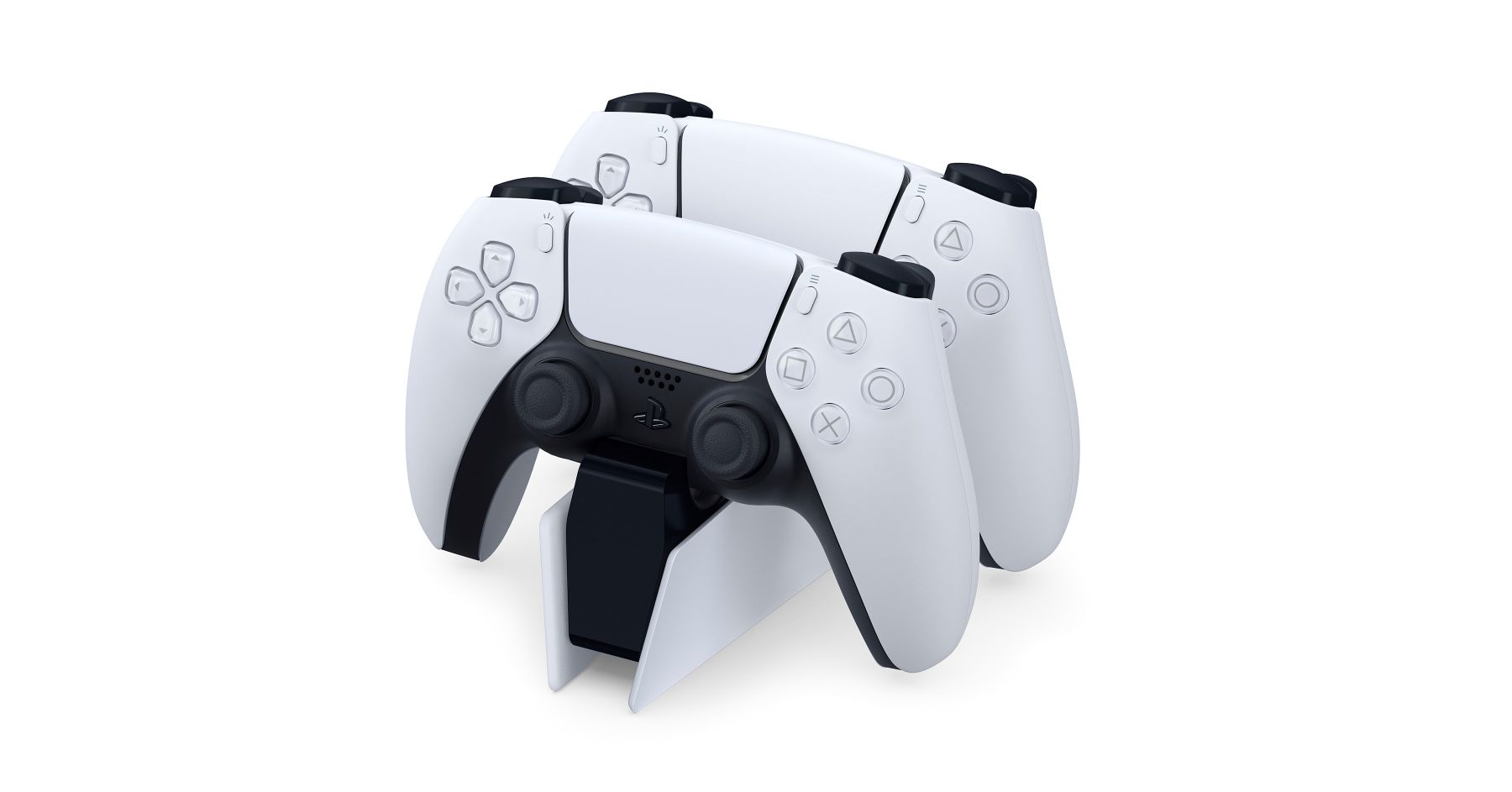 But the news on the controller doesn’t stop there, the PS button now has the shape of the PlayStation logo and is not a logo printed on a round button. And the controller now has a microphone, which allows you to use voice communication while gaming without the need to always wear a headset.

The remote control’s USB connection is Type-C. The supplied cable is USB Type-C to Type-A and is too short to use sitting on the couch while gaming. So if you want to play after the battery runs out, buy an extension or wait for the battery to charge.

In this generation Sony has decided to maintain the preference for an APU (Accelerated Processing Unit) from AMD, which includes the 8-core processor, built according to the Zen 2 architecture, which can reach a maximum speed of 3.5 GHz. graphics, or GPU, integrated into the chip is made according to the RDNA 2 architecture (the same used in the latest generation AMD graphics cards for PCs), which has 36 computing units and can reach a maximum speed of 2.23 GHz. RAM is made up of 16 GB of GDDR 6 memory, the type of memory normally used in graphics cards, as it offers substantially faster speed than traditional DDR4 memory. This is especially important in a system like this where RAM is shared by the CPU and GPU.

As with RDNA 2 for PC, the PlayStation 5 GPU allows for the use of a graphics rendering technique called Ray Trace. The new chip allows for real-time rendering of reflections, shadows and other effects, which gives the game’s graphics more realism. However, the theoretical performance of the chip will allow only a part of these effects to be used, as its use penalizes the overall graphics performance. Especially at resolutions of 4K or higher.

One of the systems Sony put the greatest emphasis on during development was storage. The lack of storage speed was one of the main problems the PS4 had, because as games gained better graphics and more features, the loading times of the games also got longer. Therefore, the PlayStation 5’s storage system uses an 825GB SSD built into the console’s motherboard, as opposed to a mechanical SATA drive.

On PlayStation 5, this system has unusual functionality, the chip that controls it is not limited to space management, reading and writing of data. It also includes the ability to decompress texture data, with hardware acceleration. This is mainly to free the processor from this task, which together with the much higher speed of this support, causes the loading times in games to be reduced. The gains are substantial, even in previous generation games.

Since the memory is soldered to the motherboard, it will no longer be possible to replace the disk with a larger one, like on PS3 and PS4. Therefore, Sony has included a slot to install an externally accessible M.2 SSD, so that it can be installed by the user himself. However, this will not yet be possible at launch. Sony says this feature will be linked via a later firmware update.

I have used several PS4 games, because at the moment the only PS5 games made available with the test units are Spider Man Miles Morales and Astro’s Playroom. Loading times are greatly reduced when playing games from the SSD, when using from the external USB drive the times remain pretty much the same.

PlayStation 5 is the daughter of 4K. It is in this resolution that you are most comfortable. All of the PS5 and PS4 titles we were able to use ran without 4K image issues or dropouts. Sony claims the new hardware can achieve 8K resolutions at 30 frames per second, but looking at the specs, while it’s really possible, it won’t be the same user experience you get at 4K.

The PlayStation 5 interface is also an evolution of the existing one on PlayStation 4, but with some (few) differences in the organization of the titles and in the way of accessing the various areas. Anyone who has used PlayStation 4 will feel at home. The configuration area is the same as on the PS4.

One of the things you get from PS5’s gigantism is silence. The new console, even in demanding situations in terms of processing, is much quieter than the previous generation. The fan is barely audible. But, as I said before, there are still no titles that really push the new hardware to the limit and only then can you be confident in this area.